What 2032 Olympic Games coup will mean for the Coast

What 2032 Olympic Games coup will mean for the Coast

'Investment will flow': how one decision will create a legacy lasting 20 years 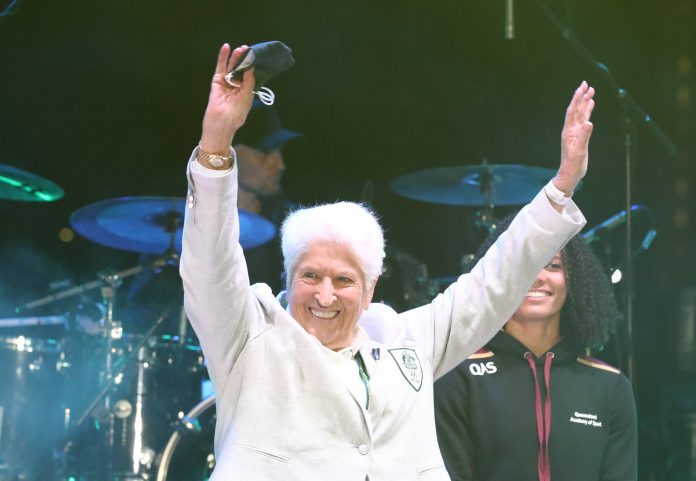 South-East Queensland’s coup in securing the 2032 Olympic and Paralympic Games will ignite long-awaited investment that will deliver benefits for 20 years.

“The world is coming to our community,’’ Mayor Jamieson said.

“The decision sets in motion extensive detailed planning for staging of the Games and support the liveability and connectivity of South-East Queensland, which is one of the fastest-growing regions in Australia.

“Our key approach from Day 1 in 2015 – and one that has never changed – has been to secure the investment needed to support communities, including our Sunshine Coast, as they continue to grow.

“All partners have recognised that hosting the Games should provide a legacy 10 years before and 10 years after the Games events.

“The positive impact these Games will have on our community will be second-to-none and I encourage everyone to throw their support behind Brisbane 2032.”

Millions of people around South-East Queensland celebrated the announcement.

Aussie Olympic legends, including Noosa resident Dawn Fraser, were among those to rejoice, while a large crowd gathered at Kings Beach to cheer the news with Mayor Jamieson.

In addition to the built venues, the Sunshine Coast is proposed as the host location for cycling (road, time trials and Paralympic disciplines); marathon (walk, run and Paralympic disciplines); and kiteboarding, which will provide an opportunity to showcase the natural beauty and attractions of our coastline and our hinterland to a global audience.

An independent economic assessment by KPMG, commissioned by the Queensland Government, has indicated the Games will deliver a total benefit of $8.1 billion for Queensland, and $17.61 billion for Australia.

The report also found that the Games would create 91,600 Full Time Equivalent jobs for Queensland.

The games proposal will evolve over the next 11 years.

Fairfax MP Ted O’Brien, who has served as the Prime Minister’s representative for the Queensland bid, said hosting the Olympic and Paralympic Games would see “a decade-long runway paved in green and gold all the way to 2032”.

“Hosting the 2032 Olympics will not only inject billions into the economy, it will also create around 120,000 new jobs, including 90,000 jobs for Queenslanders,” Mr O’Brien said.

“Local companies and businesses right across Queensland should take the opportunities which will come over the next decade to contribute to the Olympic and Paralympic Games.

“For Queenslanders, this is our moment and it’s now up to us to make the most of it.”

Visit Sunshine Coast CEO Matt Stoeckel said the event would significantly bolster the region’s tourism industry. It’s set to showcase the Sunshine Coast as a destination, to the rest of the world.

The Brisbane bid was ratified by a vote of 87 IOC members at a meeting in Tokyo before the opening of the Games on Friday, with IOC president Thomas Bach declaring the Queensland capital as host of the Olympics and Paralympics in 11 years time.

“The International Olympic Committee has the honour to announce that the Games of the 35th Olympiad are awarded to Brisbane, Australia,” Bach said.

Needing to secure half the votes of its members, Brisbane was preferred ahead of Budapest, Korea, Doha and Germany’s Ruhr Valley.

The Brisbane 2032 delegation, including AOC President John Coates and Queensland Premier Annastacia Palaszczuk, made a formal final presentation to the IOC meeting.

Prime Minister Scott Morrison addressed the meeting via a live link from Parliament House and spoke of the Australian government’s financial commitment to the Games.

“We know what it takes to deliver a successful Games in Australia,” he said.

“We can draw confidence from Australia’s track record as delivering major sporting and global events that the Brisbane games will be safe and secure.”

He also described Australia’s multicultural population, with 300 ethnicities, as a “giant Olympic village”.

Coates, who is also an IOC vice-president, dubbed Brisbane “the together games” mixing modernity and the Olympics’ 136-year-old ideals.

While fireworks erupted in Brisbane, the reaction was more muted with the city confirmed back in February as the preferred host city and awarded exclusive negotiation rights ahead of its bidding rivals.

The IOC overhauled its bidding rules in 2019 to reduce costs and avoid pitting candidates against each other.

The city’s bid had earlier earned praise from the IOC for its high percentage of existing venues encompassing south-east Queensland, support from all levels of government and the private sector, experience in organising major events and its favourable weather.

Australia will become only the second country after the United States to host the Summer Olympics in three different cities.

Paris will stage the 2024 Games while Los Angeles has been awarded the 2028 edition.