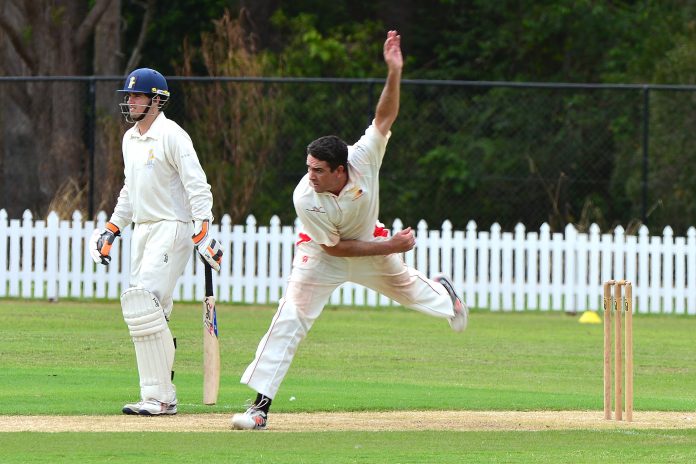 The 36-year-old star cricketer, who is a pillar for the region’s state premier grade team, now has a clearer picture of what could be a career-ending stress fracture.

Renouf is unsure whether he will be able to return this season.

“I’ve got to be non-weight bearing for six weeks and have another scan … and go from there,” Renouf said.

“If it heals right, I’m every chance of coming back, so we’ve just got to wait and see,” he said.

“I’ve just got to do the right things and stay off it (the knee) and let it heal and hopefully I can get back on the park.

“It could be healed (in six weeks) and I could start jogging or it could be the same and I might have to have surgery.”

A decade of toil on the cricket field has taken its toll.

“Just years of bone on bone,” he said.

Renouf made his debut for the Scorchers in the 2012/2013 season and has since played across all formats across seven seasons, notching almost 1000 overs in the two-day competition at an impressive average of 21.35.

The mainstay of the Scorchers pace attack, Renouf was enjoying another strong campaign when he was sidelined, with an average of 22.71.

“I’ve had just niggling injuries (before) but this is a major one.”

Renouf, a police officer, is well respected at the Scorchers for his commitment and his role as a senior player.

He was commended for his efforts in January, when he helped revive club-mate Alecz Day, after the all-rounder suffered a cardiac arrest at training in Buderim.

Renouf has also coached the Queensland Imparja Women’s team and this year is the Sunshine Coast Scorchers women’s team coach.

The Scorchers are ninth of 12 teams on the Queensland Premier Grade ladder after five two-day rounds.

They play Redlands, Norths and Sandgate Redcliffe in a string of T20 games on the road this weekend, after losing their opening two T20 games to Wynnum Manly and Toombul. T20 star Chris Lynn smashed 154 runs off 55 balls for Toombul.