'Never seen anything like it': Bribie Island breached opposite Golden Beach 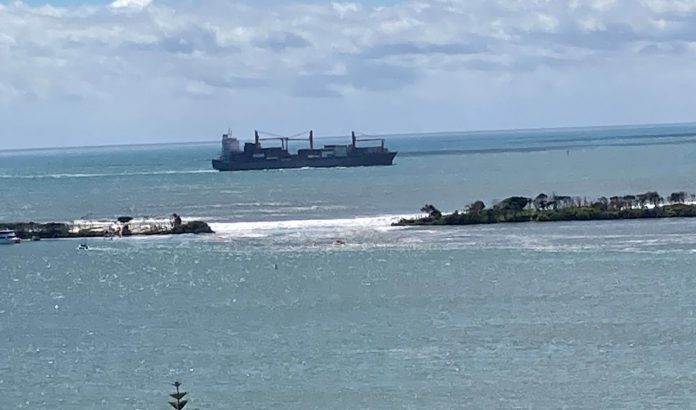 Waves have carved a channel through fragile Bribie Island and are surging into the Pumicestone Passage near Golden Beach.

The latest – and most dramatic break-through – is the result of sustained heavy conditions created by ex-Tropical Cyclone Seth, combined with king tides of up to 2.2m.

The Coast Guard inspected the site, about 2km from the northern tip of the island, at high tide Sunday, when the ocean broke through.

The break-through is about in line with Nelson St at Golden Beach, just south of the shopping precinct.

He said the breach was the biggest he had seen.

“It’s much wider than yesterday, probably 30m or 40m and growing.

“Water is pouring into the passage.”

The Coast Guard informed the State Government’s Department of Environment and Science (DES) and scientists have visited the area.

A DES spokesperson said the Department’s Principal Coastal Scientist conducted a site assessment and observed the tidal breakthrough at the northern section of Bribie Island.

“The northern section has eroded and broken through due to unusually high tides and large waves associated with the weather system currently affecting Queensland’s east coast,” the spokesperson said.

“DES will continue to monitor the break-through, and boaties and people on Bribie Island are advised to avoid the area due to instability caused by the current weather event.”

The DES spokesperson said that section of Bribie Island was currently closed to vehicle traffic.

Mr Pearce said DES representatives had addressed a public meeting three or four months ago and told attendees that such an event would probably occur in the next five years.

A breach due to erosion is considered an inevitable natural occurrence.

Longtime locals say that in the 1950s and 1960s, the spot that has been carved out in recent days is where the mouth of the passage used to be.

However, back then there were few homes along the Passage and Pelican Waters did not exist.

It is unknown at this stage what impact, if any, the extra water and movement in the Passage may have on homes and infrastructure.

The latest event comes just over a year after a similar breach in December 2020, covered by Sunshine Coast News.

A University of Queensland environmental audit in the wake of Cyclone Oma in 2019 also revealed that the island was severely eroded.

Community groups over the years have expressed concerns about the thinning of low-lying parts of Bribie and “wash overs” at its narrowest part. 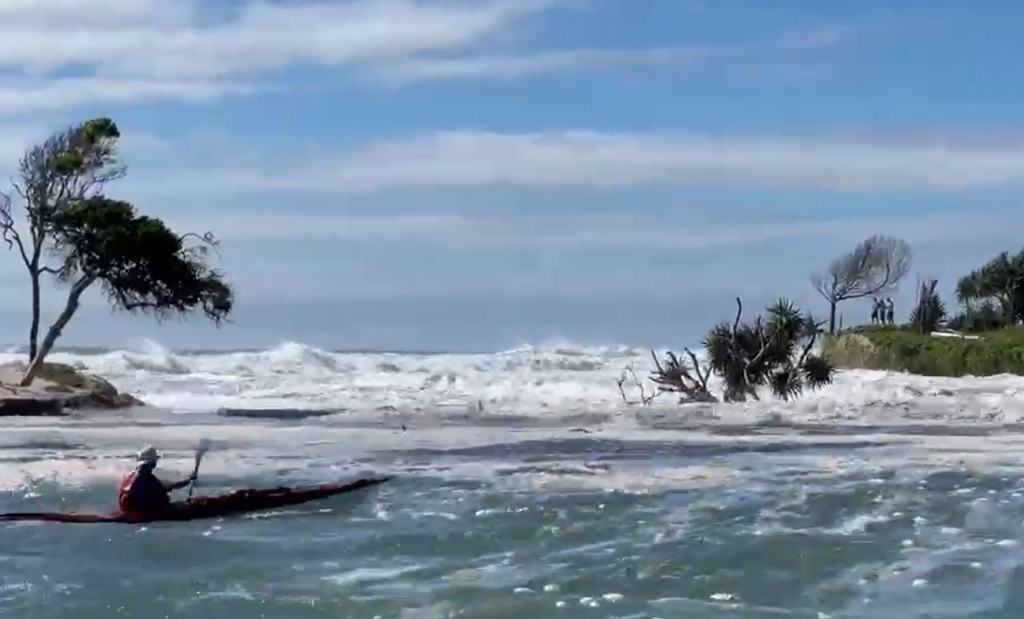 Beaches the length of the Sunshine Coast are experiencing significant erosion due to the latest weather event, and the pounding is far from over.

The remnants of the system are forecast to drift west to northwest in coming days and approach the southeast coast on Thursday, or Friday.

A Bureau of Meteorology Severe Weather Warning for dangerous surf and abnormally high tides is current for coastal areas over the Southeast Coast forecast district.