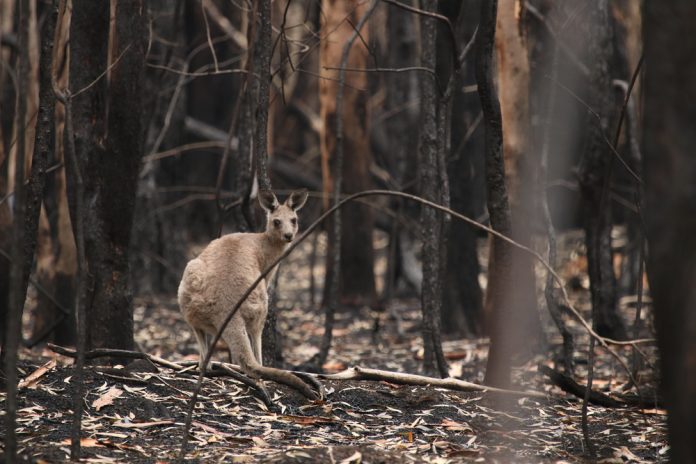 Prime Minister Anthony Albanese is urging his opposition colleagues to be on the right side of history when a vote on climate change laws takes place.

Federal parliament will on Thursday meet for the last time until September with the lower house expected to pass the government’s proposed laws.

The bill, introduced by Climate Change Minister Chris Bowen on the first sitting day of the new parliament, will set a carbon emissions cut target of 43 per cent on 2005 levels by 2030 and net zero emissions by 2050.

Following consultations with the Greens, the government agreed to ensure the emissions target could only go up in future, with a mechanism in place to increase its ambition.

There will also be greater transparency and strengthened requirements on the Climate Change Authority.

A meeting of Liberal and Nationals MPs and senators on Tuesday affirmed the coalition’s opposition to the bill.

“It’s important to me that when I’m back in my own community, I’m able to sincerely say that I used the opportunity afforded to me with the power of my vote to stand up for what they want and need,” she told parliament.

The coalition plans to update its emissions targets beyond its existing commitment to a 26-28 per cent reduction, and is weighing up a policy to back nuclear power, before the next election.

Mr Albanese urged those on the opposition benches to put aside conflict and arguments and take action on climate change.

“We have a great responsibility to this beautiful island continent that we live on to make sure that we act on climate change (and) this government will,” Mr Albanese told parliament on Wednesday.

“Then we will tell our children that we stepped up, we took responsibility and we met the moment.”

While hesitant to declare the climate wars over, Mr Bowen said they were “in retreat”.

“We wanted the legislation to send the message to the world that Australia is open for business when it comes to renewable energy,” he told reporters in Canberra on Wednesday.

“We want to provide the policy certainty and the framework for that investment.”

The government also assured regional Australians they would not be left behind by the transition to renewable energy.

“(Regions) powered Australia for so long and you will power Australia into the future with renewable energy that will create thousands of jobs going forward,” Mr Bowen said.

“They will be, these regions, at the centrepiece of Australia being a renewable energy powerhouse.”

Members of the crossbench welcomed the government’s first steps towards climate action but want more commitments in future.

“It contains no plans for how to reach the new emissions target and no plans for what will happen if we don’t,” he told parliament on Wednesday.

“The bill is a start, but one that also illustrates just how far we have to go.”