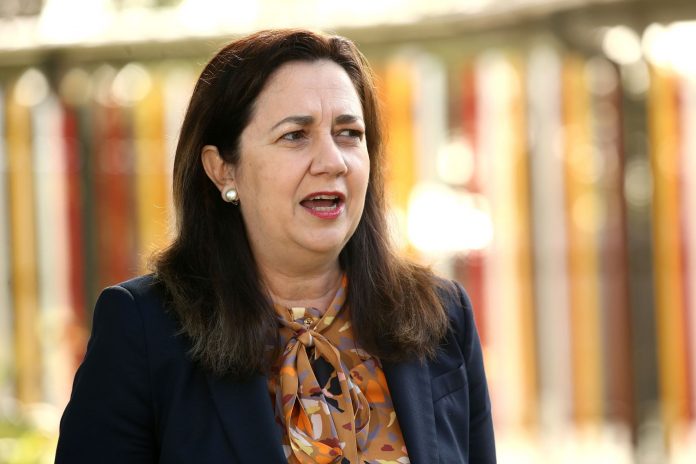 Queensland Premier Annastacia Palaszczuk has vowed to implement the recommendations of an exhaustive review into her government’s accountability.

It encouraged “openness from the top” and said the key to integrity was a government that was “accountable in approach”.

The 131-page final report handed down late on Tuesday warned the only way to restore public faith in Queensland politics was to be “more transparent … and behave with integrity”.

These including reining in the access and influence of lobbyists – including an explicit ban on “dual hatting” of professional lobbyists during election campaigns.

“They can either lobby or provide professional political advice but cannot do both,” Prof Coaldrake said.

The review called for a strengthened framework surrounding ministers, their staff and senior public service officers to be continually reviewed and reinforced.

The report urged for Queensland’s auditor-general to be granted more independence and given broader scope to monitor the departmental use of consultants and contractors.

It also called for a “single clearing house” to track and streamline the progress and outcome of complaints, as well as pushing for greater protections for whistleblowers and the mandatory reporting of data breaches.

The recommendations included that the ombudsman be able to investigate complaints against private organisations carrying out functions on behalf of the government, and for public service bosses to be given five-year contracts, unaligned to the electoral cycle.

“This review aspires to influence a cultural shift which encourages openness from the top, starting with cabinet processes and a resulting shared focus on identifying and dealing with the challenges Queensland faces,” Prof Coaldrake said.

“Any good government, clear in purpose and open and accountable in approach, should have fewer integrity issues.

“It is now up to the government to make this focus a wake-up call to support for a more open system of government.”

“We will accept all of his recommendations and we will implement them lock, stock and barrel,” she said.

“I would not have asked Professor Coaldrake to conduct this review if I did not want reform.”

The report will go to Cabinet on Monday.

“Once they’re implemented, Queensland will have the most transparent and accountable government in Australia,” the premier said.

The report noted 988 recorded meetings between registered lobbyists and ministers or officials in 2020/21, four times the average annual number over the previous nine years.

Prof Coaldrake warned the actual lobbying contacts could be up to five times higher due to a rise in undocumented lobbying.

The Premier on Monday pre-empted several of the report’s key recommendations, announcing tightening of regulations surrounding lobbyists and their level of access.

Anyone working for a lobbying firm would be deemed a lobbyist, and only be allowed to contact a minister’s chief of staff. All meeting requests must be made in writing.

Lobbyists will no longer be allowed to write “other” in the official register as the subject of meetings with ministers.

Instead, they – and ministers – will have to include more detail.

Speaking before its release, Queensland Opposition Leader David Crisafulli feared the report would not deal with the “corruption risk that is the Palaszczuk government”.

“The Coaldrake report deals with one bin fire of the integrity issues crippling this government,” the Liberal National Party leader told reporters.

“It doesn’t address the integrity inferno at the heart of the corruption risk that is the Palaszczuk government.”