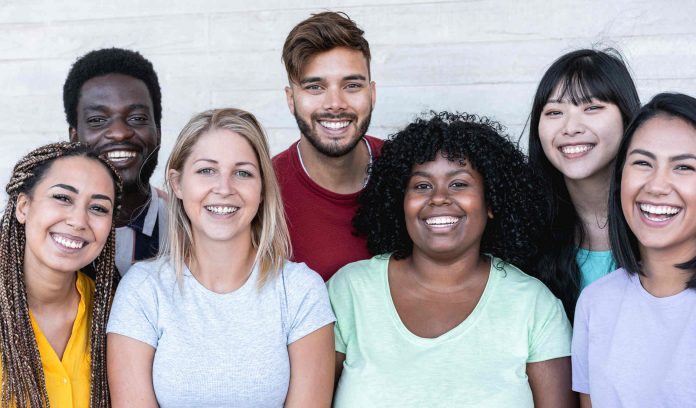 Our society has come a long way where diversity and inclusion are concerned.

Our new Parliament more closely reflects our society in its mix of genders and racial backgrounds as well as ages and sexual orientation than the old one did.

As a nation, we are making great strides in acknowledging and honouring the original inhabitants of this land we love and live in.

Our public bathrooms have more options, school and work uniforms have increasing flexibility of choice and on official documents, we are given the option of ticking the ‘other’ box on gender questions more and more.

And this whole month is dedicated worldwide to Pride.

Our communities are better because they are made of people with all different characteristics. In embracing difference, we are culturally richer, more understanding and our world view is broader.

But while this is right for the time we live in and the society we want to create, I can’t help but think the way we approach so-called inclusion too often just creates a greater number of exclusive groups.

Bear with me on this.

Policies and practices geared towards diversity and inclusion aim to afford equal opportunity for all – an important aim in a fair society.

But when we require numerical or proportionate representation, we end up with the opposite to equal.

When we laud or promote one group over another, the exclusion just shifts.

When only those who are part of a specific group are allowed an opinion, a voice or a platform the problem is added to, not solved.

Increasingly, those who are not in previously marginalised groups are pushed out to become the ones silenced and cancelled out.

Given this sidelining is due to characteristics they have no control over, how is this better than before? Too often this is what is happening in public discourse and online discussion.

I am in almost every way a part of the majority: I have Anglo-Saxon roots, am heterosexual, educated, employed and have a stable home.

While these attributes afford me ‘privilege’ in our society, most of these were not my choice – in the same way as someone born in a brown skin, into a religious minority group or who is same-sex attracted had no say.

Majority is not a dirty word…There is no shame in it.

Majority is not a dirty word. Democracy is built on it. Our civil systems rely on it. There is no shame in it.

We cannot regulate away racism with a whole lot of race-specific laws any more than we can do away with discrimination by mandating minorities must be included.

Surely, we should aim for something better than swinging a pendulum back and forth and celebrating wildly when the bob approaches the comfortable middle.

Respect is too often missing from the list of aims in policy shifts and discussions on diversity and inclusion: respect for self, respect for others and respect for our differences.

Without any one each of these, we just continue to perpetuate exclusion.

Dr Jane Stephens is a USC journalism lecturer, media commentator and writer. The views expressed are her own.