Glass act: Coast brewers prove they're much more than just the flavour of the month 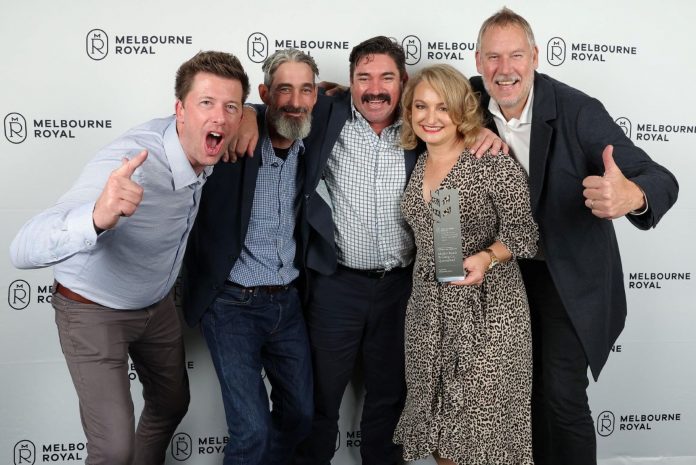 Our turn to shout! The Sunshine Coast’s top brewers are frothing about their latest accolades on the world stage of beer making.

The best beers in the world have been tasted and judged at the prestigious 2022 Australian International Beer Awards.

And our region’s very own Moffat Beach Brewing Co is still in celebratory mode after taking home some of the night’s biggest trophies.

The small, but rapidly growing operation claimed the title for two of the most hotly contested categories: Best International Pale Ale with the Shadow Of The Moon Strong Pale Ale, as well as Best Traditional India Pale Ale with the hugely popular Trilogy Best Coast IPA.

The Melbourne Royal Australian International Beer Awards is the largest annual competition in the world judging both draught and packaged beer.

Renowned for showcasing the highest-quality beer and for celebrating brewing excellence in Australia and around the world, the awards are open to brewers and breweries of all sizes, from small and medium volume to large-scale commercial production.

Celebrating 29 years, the 2022 awards saw about 60 industry experts assess more than 2600 beers across five days in May, with entries received from Australia and around the world.

“We’re beyond excited to see all of our hard work come to fruition tonight,” he said of the awards.

“For the craft beer industry, the AIBAs offer an opportunity to benchmark your beers against the very best in the world.

“It’s incredibly humbling to receive these trophies, and to see our whole team’s commitment to brewing quality beer recognised on the highest of stages.”

With brewpubs located in Moffat Beach and Caloundra, the company led the charge for the Sunshine Coast, a region fast becoming known as Australia’s craft beer capital.