The family behind medicinal cannabis revolution

The family behind medicinal cannabis revolution 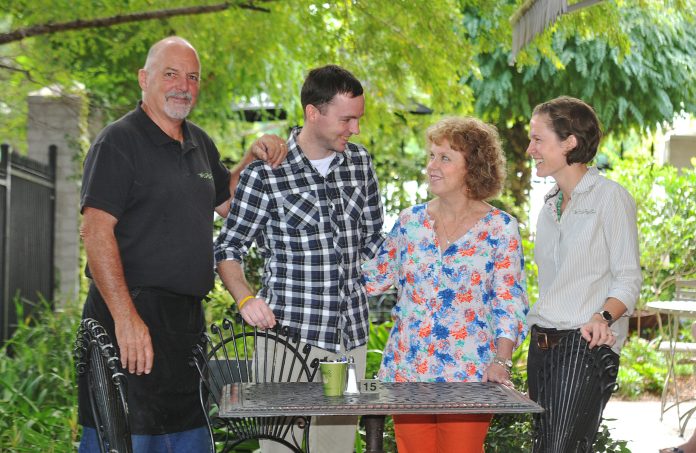 A symposium born out of the tragic death of a 24-year-old cancer patient is coming to the Sunshine Coast at a pivotal time in the medical industry.

Medicinal cannabis was legalised in Australia in 2016, thanks to Lucy Haslam and her late son, Dan.

The drive for change started after Dan was given a terminal stage four bowel cancer diagnosis.

Medicinal cannabis was the only way to alleviate the serious symptoms and debilitating side effects of his chemotherapy but there was one problem – it was illegal in Australia.

Their story made international headlines, especially as Dan’s father, Lou, was a retired NSW Police officer spending most of his 35-year career in the drug squad enforcing cannabis prohibition.

Mrs Haslam, who now lives in Flaxton, said after going public many other patients started to come forward and support to change the law grew rapidly to about 97 per cent.

“International and Australian experts took part in the symposium and it was clear that Australia lagged well behind the world in research, acceptance and use of medicinal cannabis,” she said.

“Dan closed the event and spoke of hope for suffering patients. He died three months later.”

Medicinal cannabis was legalised in Australia on February 24, 2016, on the first anniversary of Dan’s death (aged 25) and a new industry was born.

“I feel proud of what Dan and I achieved by changing the law in 2016,” Mrs Haslam said.

“There was hope for the tens, if not hundreds, of thousands of patients Australia wide who were breaking the law to access what was an effective medicine for a wide range of debilitating symptoms and illnesses, like intractable paediatric epilepsy, severe chronic pain, tremor and PTSD.

“But there are many patients who still struggle to get access to the medicine they need. They can’t afford to buy it legally or can’t find a doctor willing to prescribe it.

“Events like the symposium are vital in showing Australian health professionals and politicians that cannabis is a safe and effective treatment for many patients with a wide range of conditions.”

After three cancellations due to the pandemic, the symposium will go ahead from May 20 to 22, featuring international experts in the field, a trade exhibition, a nurses’ conference, a health professionals’ event and gala dinner.

The symposium, to be held at Novotel Twin Waters, will explore the use of cannabis to manage intractable epilepsy, Parkinson’s disease and the side effects of cancer treatment.

For more details and tickets, visit United In Compassion.

What is medicinal cannabis?

Medicinal cannabis is a medicine that comes from the cannabis sativa plant, commonly called marijuana. This plant is the same one used to make the recreational drug of the same name, which is illegal in Queensland and most states and territories. However, medicinal cannabis and the recreational drug should not be confused. Pharmaceutical products derived from the cannabis plant frequently involve isolating useful cannabinoids and refining their production to minimise harm. Medicinal cannabis most often comes as a pill, oil or nasal spray and its use is very highly regulated in Australia by the Therapeutic Goods Administration.

What is a cannabinoid?

Research has found that the cannabis plant produces between 80 and 100 cannabinoids and about 300 non-cannabinoid chemicals. The two main cannabinoids that have therapeutic benefits are tetrahydrocannabinol (THC) and cannabidiol (CBD). The main difference between the two cannabinoids is that THC has strong psychoactive effects, meaning it makes a person ‘high’, whereas CBD is thought to have an anti-psychoactive effect that controls or moderates the ‘high’ caused by the THC.