IN PHOTOS: sports legends and business champions turn out for hospital fundraiser 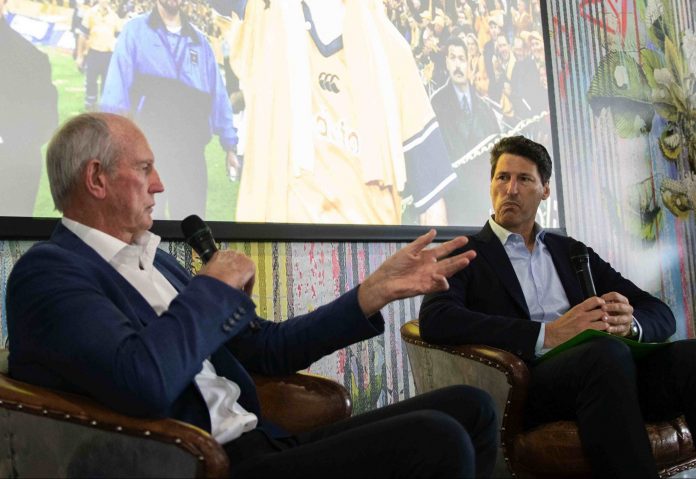 Sports legends and generous community members have rallied to a lunch by the lake for a good cause.

A sold-out function, for 180 people, was held at Mountain Creek on April 22, to raise funds for the Spinal Injuries Unit at the Princess Alexandra Hospital in Brisbane.

Local hotelier Scott Armstrong, owner of Sunshine Coast Hotels Group, offered The Lakehouse Sunshine Coast, next to Brightwater Hotel, as a venue for the event.

Mr Connolly, who spent nine months in the hospital after a serious fall, helped organise the lunch, which raised more than $75,000, and he said he was “overwhelmed by the support” for it.

The tickets were gone within 90 minutes of word spreading. “We could have sold 400 tickets,” he said.

He said the lunch offered  “insight and a few laughs”, but more importantly helped provide much-needed equipment for the hospital.