Time to sort footpath jungle before chance scoots by

Time to sort footpath jungle before chance scoots by

Jane Stephens: it's time to sort out the footpath jungle before the chance scoots by 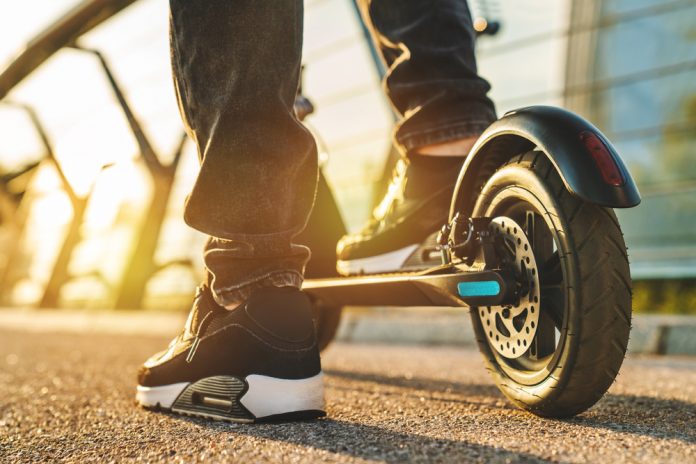 It is a jungle out there on the footpaths, with wheeled contraptions zipping and slipping among bipeds trudging all in lines.

And as happens when wildness flourishes in crowded urban places, the time has come for a little pruning and shaping.

The State Transport Minister has e-scooters in his sights, calling those who scoot swiftly ‘cowboys’, but while he has his peepers on that, I say we should consider our use of rideables on footpaths overall.

We need far more than legislative reform: we have to consider our interactions, our attitudes and our infrastructure.

Bicycles, scooters, e-scooters, mobility scooters and skates of the board, roller and inline kind — the footpaths are booming with life.

And why not? You get from A to B faster and with less effort. You get the feeling of freedom with wind in your hair and the world sliding by below.

But while the visions of skimming along at speed that were once part of science fiction and fantasy are very real now, this is not the utopia depicted in the 1970s and ‘80s.

With speed comes collisions. And cranky pedestrians. And confusion about what is allowed for whom.

Footpath users don’t need to register their vehicles, and maybe that warrants consideration for review. No registration means no insurance cover and that means anyone flattened or any property damage done is mostly not covered.

Bikes are allowed on footpaths in Queensland, unlike other states, and they have an uneasy relationship with those travelling bipedal style. With the space becoming crowded, maybe it is time to review that.

The bell issue causes ructions too. Bikes must have one, but scooters needn’t. Even when they are used, trouble bubbles and some pedestrians get alarmed or grumpy at being alerted to an approaching cyclist.

The laws are unnecessarily complicated. For example, in Queensland you don’t have to wear a helmet when using a human-powered wheeled recreational device, but a helmet is required if a foot scooter has an electric motor. Oh, or if you are riding a human-powered bike. Go figure.

The focus needs to be on safety for the rider and others on footpaths, so small additions such as compulsory helmets and bells would seem logical, but would that mean oldies on mobility scooters need to risk helmet hair too?

Under current law, e-scooters are classed as mobility scooters, which gives them access to everywhere accessible by pedestrians.

Importantly, where rideables are concerned, our councils need to step up.

So many footpaths are a patchwork hodge podge: there is a stretch missing entirely here, over there is so narrow that it is impossible for two users on wheels to pass each other without one coathangering the other; this one leans badly and is a risk to pedestrian ankles.

There are two certainties: rideables are here to stay and there are more riders on footpaths every day.

We all need to up our game before the chance to improve this unwieldy situation scoots by.