Wet and wild, but red-hot property market surges on

Wet and wild, but red-hot property market surges on

It's wet and wild, but there's no stopping Sunshine Coast's red-hot property market 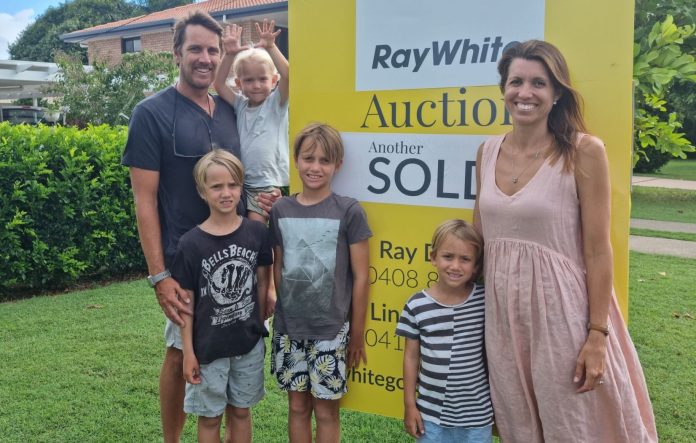 Torrential rain and wild winds didn’t deter some very determined residential property buyers who hunkered down inside the Ray White Caloundra auction room as 10 properties went under the hammer.

Ray White Caloundra’s principal Andrew Garland said conducting these auctions indoors really wasn’t about avoiding the weather, but about the providing a neutral place for the buyers to concentrate on buying, “rather than looking for a reason not to”.

And buy they did; all $11.634 million worth with many of the properties sold to Sunshine Coast locals.

Selling well above expectations, the beach house at 42 William Street in Moffat Beach sold under the hammer for $1.53million.

It was Brisbane versus local when the six registered bidders lined up for the start of the bidding.

But on the drop of the gavel, it was a couple in their 60s who own a business in Moffat Beach who secured the delightful home.

The couple had sold their previous home in Dicky Beach late last year.

“That’s a new benchmark for that pocket of Moffat Beach,” Mr Garland said. “There’s a house across the street that sold late last year for $1.1 million and was probably a better home.”

Rented out as a very popular Airbnb Plus property, the two-bedroom home built in the 1960s presented in beautiful condition and was “styled within an inch of its life”, Mr Garland said.

COUPLE PREPARES FOR FUTURE ON COAST

When 15 registered bidders want a piece of Golden Beach you know there is going to be some very competitive bidding.

The auction of 12 Brier Court took quite a while to complete. “The bidding started quite high,” the listing agent Ray Daniels said.

It was a Brisbane professional couple in their 40s, bidding strongly with bigger offers, that secured the home under the hammer for $1.206 million. 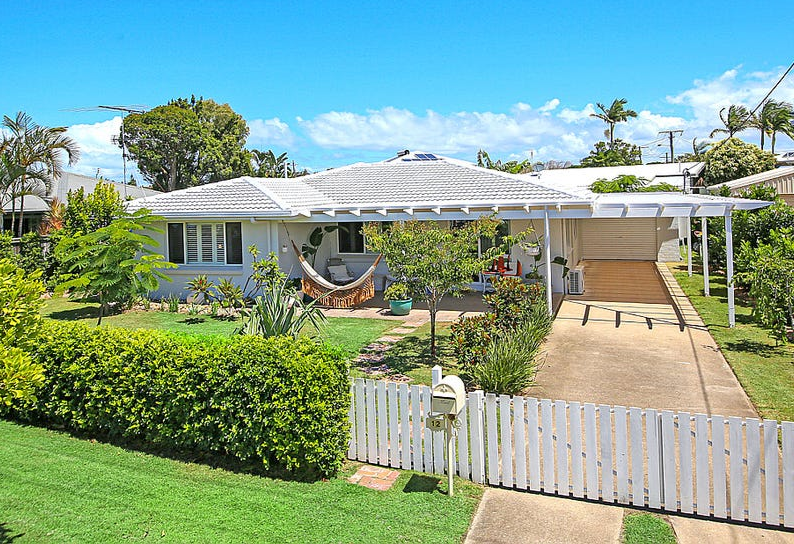 They plan to do a short-term rental of the property (pictured above) before moving permanently to the Coast.

Mr Daniels said it was quite common at the moment to see people buying now ahead of when they needed a Coast home.

“They don’t need it now; they need it next year,” he said. “They are just buying because properties are available.”

Situated about 500 metres from the beach, the very cute former red brick cottage had been renovated in a Hamptons style and rendered.

“A lot of the properties there are still red brick, built in the 1980s with owners that are proud that the carpets have never been replaced and kitchen is original.

“Whenever people buy into property in Golden Beach, generally they are thinking they are going to have to do a lot of work, but this was one where even though it was an unfinished project, they had a very, very good vision.”

“For that one, it shows the value of presentation, even though it isn’t in what you would call a prime Golden Beach position,” Mr Garland added.

A local investor couple secured for their substantial commercial and residential property portfolio a rare commercial land and buildings site at 106 and 108 Grigor Street in Moffat Beach.

Sold as one package, the low-impact industrial zoned site sold under the hammer for $2.1 million

“The prices have gone up because there is a massive shortage of industrial land across the Coast,” listing agent Len Greedy said.

“Everywhere you look around the Coast there is no land; there is a scarcity of industrial land.” 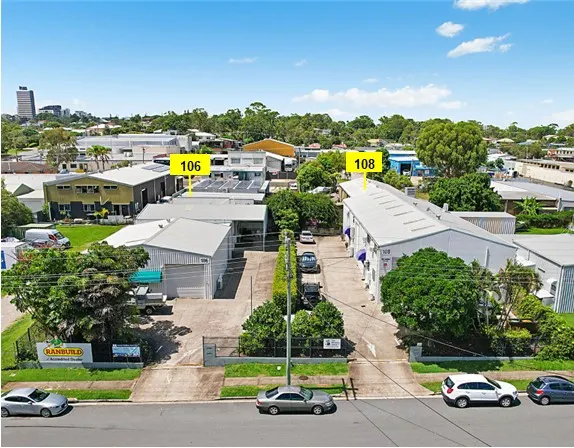 Mr Garland added, “the values have gone up astronomically in the Golden Beach industrial park.”

After 65 enquiries during the campaign, it was just four registered bidders from Brisbane and the Coast on the day seeking the property as the majority of prospective buyers wanted to buy the lots separately.

Mr Greedy said the property is tenanted with one of its tenants, a dance studio, has been on site for 17 years.

SOLD PRIOR TO AUCTION FOR $2m

SOLD UNDER THE HAMMER FOR $2.1m