'It could change Caloundra forever': fishing identity's fears for the Pumicestone Passage 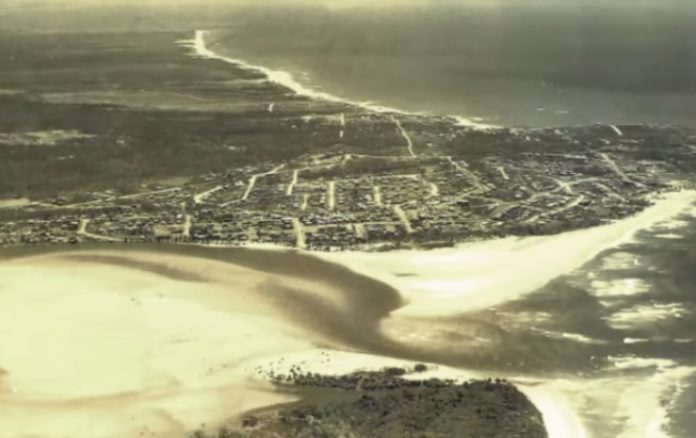 A member of a Sunshine Coast fishing dynasty, who lives on the Pumicestone Passage, believes a new “bar” carved through Bribie Island will reshape Caloundra.

Few are as passionate, or knowledgeable, about the area than Les Clarke.

The local identity, 75, comes from generations of professional fishing folk.

Following the dramatic tidal breakthrough at Bribie Island on January 2, Les has compiled a gallery of pictures from the late 1920s to the present, detailing the fascinating evolution of Bribie, Happy Valley and the Pumicestone Passage.

He spoke to Sunshine Coast News to share his concerns about the impact of the new channel, 2km south of what has been the passage’s normal mouth.

Scroll down for more historic photos.

Les, who lives on his boat near Bells Creek, said the tide at the northern part of the passage already had changed as a result of the breakthrough and he believed it could affect residents and the environment.

He said the tide was “sweeping” through the new outlet and the timing and strength of it would shift sand and affect the weeds, the fish and the birdlife that fed on them, as well as impacting turtle and dugong breeding grounds.

He said the existing bar “could fill up” and the area become sand-flats, like those seen in the 1950s and 60s.

“Some people are saying it (the breakthrough) looks great but in five or 10 years it could change Caloundra forever,” he said

“We need to gather as one voice to bring about good and constructive change in the management of the Pumicestone Passage and its catchment to save it for future generations.”

Les said the area had experienced significant change during the past century, due to wind and sea erosion and human activity.

“When I was a kid the island was around 300m wide, where it broke through,” he said.

“My dad and my grandad were professional fishermen and I swam in the passage and jumped off the jetty.

“Dad built me a little boat when I was five and I used to row around. I thought I was James Cook.

“It was great to grow up in the passage and to see what it was like, and to go to the island and wander through it.”

But much of the landscape has changed, largely due to erosion.

“It makes me angry, that it’s just gone,” he said.

Les’ family thrived off the local waterways, as Clarke’s Fishing.

“I’ve dealt with the ocean all my life, in trawlers and line boats,” he said. 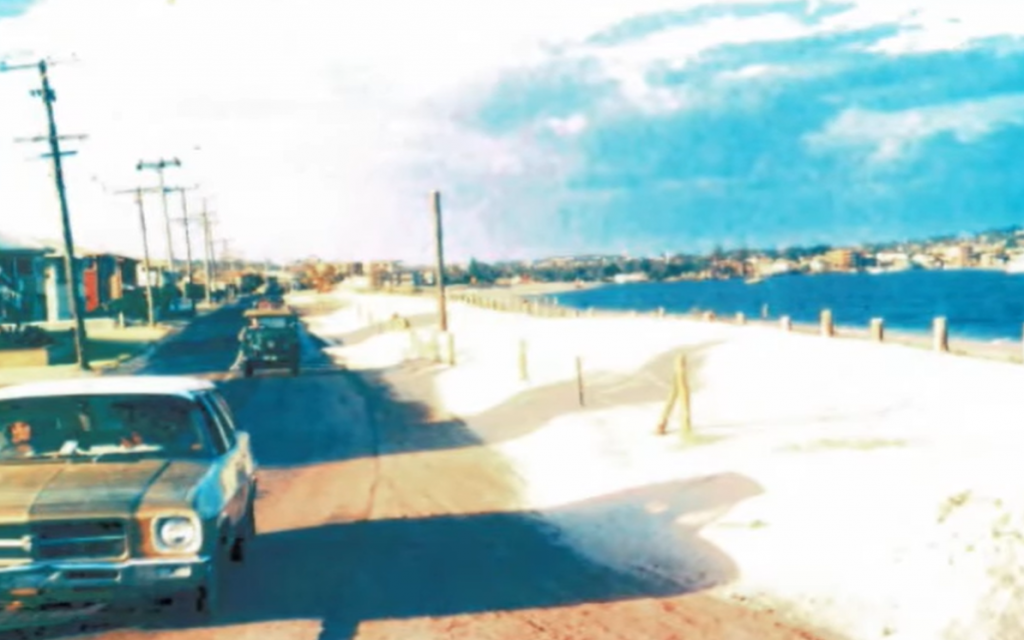 “I know this place like the back of my hand because I had to – I earned a living off it.

“I’ve got an intimate relationship with this area.”

He followed in the footsteps of his grandfather Evan and his father Lloyd, who fished mainly mullet in the passage.

Evan moved to Caloundra in the 1920s and started an ice works business “that opened up the town”.

He started fishing off the beach in the 1930s and operated a small ferry to take steamship passengers from the southern end of Bribie Island to Caloundra and back again.

Lloyd, a fishing pioneer in the Gulf of Carpentaria in the 1950s, also fished with success in the region, when Les and other family members helped out.

“I was driving trucks along the beach when I was eight, and loading it with fish,” Les said.

“I was involved in everything.”

“As a kid, I saw dad and uncle Sam come back to the jetty with three or four drowned people in the bottom of the dinghy, and dad shoo’d me up the yard.

“They covered them with a tarp until the police took them away.

“My family has put a lot into this town.”

Les is a member of community group Take Action for Pumicestone Passage and is passionate about the conservation of Bribie Island and its surrounds.

The recent breakthrough was a frustrating event for the long-time local.

“The island is falling apart and it’s time this was stopped,” he said.