Queenslanders told to 'stay at home' amid mounting testing frustration 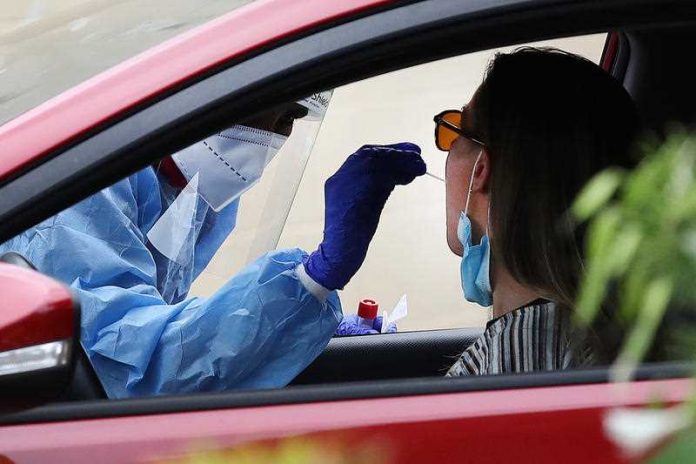 Queenslanders have been told to stay at home and don’t get tested unless you have symptoms or are a close contact of a confirmed case.

Thousands of people were again lining up in the summer heat for COVID-19 tests on Wednesday as many private clinics remained closed.

Another 6781 new cases were recorded on Wednesday, taking active cases in the state to about 32,000, but Chief Health Officer Dr John Gerrard said the true number would be much higher.

Dr Gerrard said authorities were well aware of the testing problems but people could help by staying at home.

“The vast majority of us, if you’re young and healthy, will have a mild illness so if you’re sick just assume it’s COVID and stay at home,” he said.

“Only consider medical advice if you have major symptoms like breathlessness, chest pain, fainting or dizziness.”

You should also seek medical advice if your illness persisted longer than 48 to 72 hours as Dr Gerrard said most people with mild cases were feeling better in that timeframe.

A testing site queue on the #SunshineCoast – video runs more than a minute and still didn’t show the people at the very end of the line. pic.twitter.com/KdkDpD72MH

Dr Gerrard reminded that the new rules for testing are:

*You must have obvious symptoms

*You have produced a positive rapid antigen test

*You are a close contact undertaking day six testing

Close contacts are now defined as household members or people who have spent four hours in a house-like environment with a confirmed COVID case.

Premier Annastacia Palaszczuk said the State Government had secured 18 million rapid antigen tests which would be arriving in stages.

The premier will meet with National Cabinet on Wednesday and call on the Prime Minister to make rapid antigen tests free for vulnerable people which she listed as pensioners and those with health care cards.

Health Minister Yvette D’ath said she had spoken to private pathology services on phone hook-up about the testing delays.

Ms D’ath said private providers were grappling with staff shortages caused by COVID infections and isolations, as well as changes to testing methods which slowed things down by 50 per cent.

Earlier this week Dr Gerrard said with almost one-in-four tests analysed by Pathology Queensland returning positive results on Monday there would be “hundreds of thousands cases” in Queensland by the end of this month.

“We know there are going to be more than that in the community that are not as yet confirmed,” he told reporters on Tuesday.