ScoMo v Albo in an election like no other: USC expert’s predictions

ScoMo v Albo in an election like no other: USC expert’s predictions

ScoMo v Albo in an election like no other: USC expert reveals what we're in for 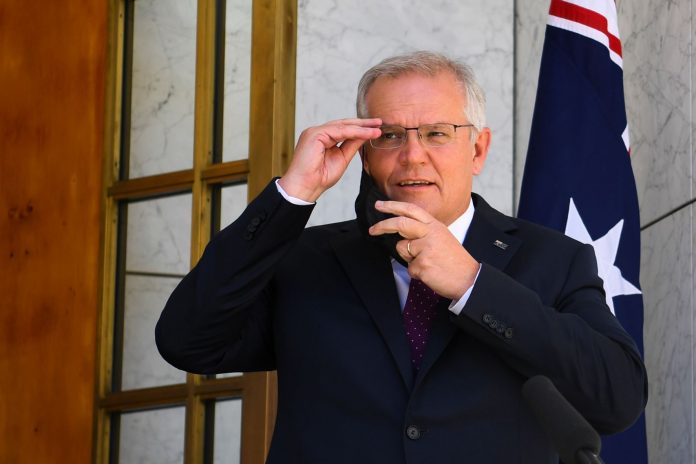 Australia is hurtling towards another Federal Election, one likely to be held as late as allowable.

It can be held no later than May 21 and Prime Minister Scott Morrison appears keen to pull the trigger at the last possible moment.

And when are we most likely to be lining up for our Democracy Sausage?

To find some clarity, we must recall the problems the country has faced in relation to COVID-19, and how the response has affected ScoMo’s popularity.

It is safe to say it has been seriously damaged by a litany of COVID issues and his general lack of action on almost all fronts.

And the virus has not been his only undoing.

As well as the bumbling vaccine roll-out and a lack of any real national framework in tackling the crisis, the PM also fell short in handling disastrous bushfires, sports rorts, the sagas with the leadership of the Nationals and weakness on anti-corruption.

The question is, will the electorate remember these failures and punish him?

His challenge is to try and help voters forget these shortcomings.

He also needs to shift the blame elsewhere.

And his purely transactional approach to leadership means he is very good at doing this.

There is a reason we call him ‘Scotty from Marketing’, and while this is usually meant as a pejorative, it did help him snap the 2019 election based on good theatrics, visuals — in a word: marketing. 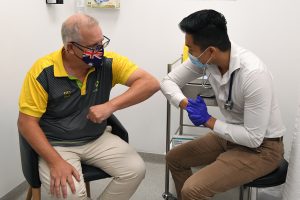 It also helped that not much focus was placed on policy, where the LNP is far weaker.

Without tighter media scrutiny on policy – boring policy analysis does not get the media time required these days – this will play to his advantage.

Moreover, there is immense voter fatigue across the country and under the weight of COVID people are even more cloistered – they may not want to remember anything at all.

So, the PM is prudent to wait as long as he can for the election in the hope of gaining some traction.

This delay also allows for the opposition to stretch their campaign which may derail or have some crisis point.

Remember, it is always more difficult for challengers rather than incumbents – Morrison already has the limelight because of his position, whereas Albanese will have to sell his message and, before that, battle to get his voice heard at all.

Some in the LNP, like backbencher George Christensen, are using the anti-lockdown, anti-vax, and conspiracy theory cross-section of voter angst to wedge Australian politics to the far right.

Morrison has been taking some pages from the Trump-election playbook, from alarmist calls about potentials for voter fraud to supporting claims about a China-virus. 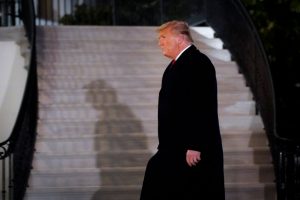 Even though this cross-section is a minority, it is growing at a frightening pace and dominates social media spaces.

We have seen the power of this messaging playing out in the Northern Territory and claims of forced vaccinations of Indigenous Australians.

This tactic might be particularly useful in getting swinging voters who may have otherwise voted left, gaining a crucial percentage.

Hanson’s vote may spike in accordance with this rise of far right discourses into Australian social media.

As a relatively new grouping – and one with counter-intuitive politics allegiances – we simply do not know how this will play out electorally. Recall, the effect Palmer United had in swinging many seats in QLD and essentially turning the last federal election.

Morrison has played a masterful game at shirking responsibility of COVID onto the states and premiers.

The creation of the National Cabinet, a decision-making forum composed of the PM and premiers in response to the virus, was a further presidentialisation of Australian politics and a reduction in transparency.

Keep independent and fair news and opinion coming by subscribing to our free daily news feed. All it requires is your name and email. See SUBSCRIBE at the top of this article

Through it, Morrison has been able to give transactional favours to some states and not others – the issue in September 2021 of giving more boosters to NSW, his home state, rather than Victoria the clearest example.

Yet, on social media, it seems that most negative beliefs about  COVID are directed to others like ‘Dictator Dan’. Rarely is Morrison and his abdication to use the constitutional power on quarantine condemned. The electorate may wrongly punish the federal ALP thinking the premiers are responsible for their pandemic woes.

One of the key strengths for the LNP going into this election is its perception on being strong on borders and defence.

And Australia is consistently messaged about threats from outside, not just from the virus.

The purchase of eight nuclear-powered submarines from the United States should be a key issue as it renegotiates Australia’s long bipartisan support to remain non-nuclear. 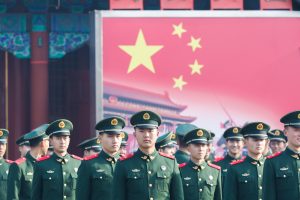 Analysis consistently shows economically, politically and environmentally that nuclear energy is not an appropriate policy response for Australia.

However, Morrison has used this to shore up the nationalist vote by appearing strong on China – not to mention currying favour with the US.

Whatever advantage achieved might be negated by the fact that the Nationals are highly likely to get a clubbing after their year of leadership spills and unsavoury stories.

Popular initiatives but will Albanese be heard?

Anthony Albanese has risen in the polls, drawing close to Morrison as preferred PM.

His campaign has attempted to make a pragmatic start focusing on initiatives rather than personality. But will he be heard? That is his challenge.

Free TAFE and more university places to address our dire skills shortage; some good work towards energy and climate policy; and the ‘buy Australian’ that may win back more nationalistic voters, will be key areas to sell to the electorate.

But the biggest challenge for the ALP is the media: how can they get the Murdoch press to give them a fair hearing, in fact any hearing at all, after the Rudd inquiry?

We need to recall the dearth of media engagement with Bill Shorten’s very modest agenda at the last election.

The Murdoch Empire is likely to remain inherently hostile to Labor. Moreover, its major outlets across Fox and Sky News are doubling down on the normalisation of far-right coverage which is pulling against policy engagement.

When will we get our sausage?

The biggest pointer to the election date is the government’s indication that it will hold the Federal Budget on March 29, and that it would like the March and April sitting periods to pass any legislation.

This means May 14 and 21 are likely dates for Australians to collectively get their ‘democracy sausage’.

With public trust at an all-time low, with the chaos of the US election fresh in our minds, and a country extremely tense after lockdowns, what we need most is some genuine dialogue and reflection. This is going to be one of the most important elections in our history. Let’s make it count.

Shannon Brincat is Senior Lecturer at USC and the Program Coordinator for the Bachelor of International Studies.