The camping Coast: when 'tent cities' lined the foreshore from Caloundra to Noosa 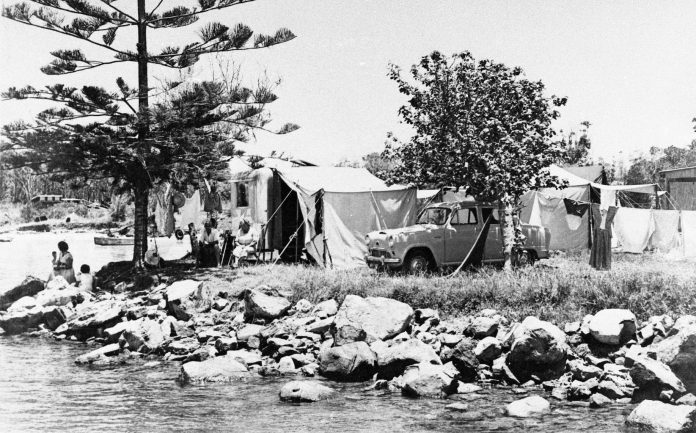 In the last century, the foreshores from Caloundra to Noosa would fill with tents during December and January. Some of them were just a bit of canvas stretched over four poles.

It was reported that the Christmas holidays of 1945 attracted record crowds to the beaches, as war-weary citizens escaped for the first holiday break in five years.

But long before this – and long after – the beaches were magnets to summer campers and a “tent city” would pop up wherever a waterfront spot could be found – from Caloundra to Mooloolaba, on to Sea Breeze and Cotton Tree at Maroochydore northward to Coolum and Noosa Woods.

Often there was no running water, amenities were limited, tents were basic, sunscreen was unheard of and kids were allowed to be kids and although it was a long way from the “glamping” we know today, there was no shortage of takers.

Hessian stretcher beds in open tents where mosquitoes, sandflies and sunburn were the order of the day, formed childhood memories for generations of kids who came down from the hinterland towns for the holidays.

Some local farmers would load up their utes with watermelons to sell to the eager campers, others would be at home picking pineapples.

About 1000 campers could pack into the Noosa Woods camping area. In 1969, there was debate on whether it should be closed to camping and turned into a park.

Bill Hay, who had been caretaker of the camping area for 32 years said emphatically ‘no’ as with the camping ground gone, there would be nowhere to go: “Without the Woods, families who have been coming here for years will no longer come.”

Over the years, the story would be re-played at the Sea Breeze at Maroochydore, at Parkyn Parade and Ocean Beach at Mooloolaba.

At Christmas 1934, it was reported: “Mooloolaba is enjoying the largest crowd ever seen at the beach. There are crowds of campers on the Esplanade, which is a fine natural park, with every provision for those who wish to enjoy a free and easy holiday.

“Surfing is providing a wonderful attraction. Crowds of daily visitors motor to surf from Nambour, Woombye, Maroochydore, and all the surrounding towns.”

The following year was the same when the Brisbane Telegraph reported that the area from Alexandra Headland to the Mooloolah River was a sea of tents.

There were more than 100 tent sites at the camping grounds along The Esplanade in 1935.

In 1938, the Mooloolaba Progress Association planned to proclaim a camping reserve of 10 acres on the sand at the Spit and pushed the council to provide pumping gear that a local businessman had offered to provide from his well. Water would be supplied free for the use of campers.

Families from Beerwah, Landsborough, and Maleny could head to Tripcony Park and walk to the diving boards at Bulcock Beach for a swim.  Sandcastles, fishing, meeting the trawlers to inspect their catch and playing cards during the midday sun and in the evenings, meant it was holiday time. 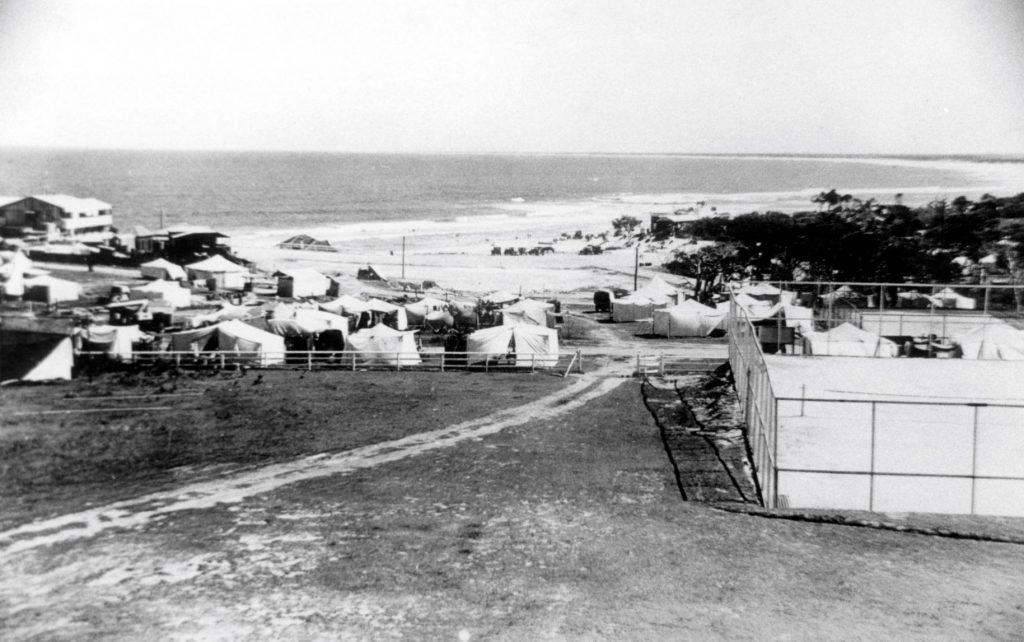 At Coolum, the foreshore from the lifesaving club north, would fill to overflowing. Crowding was such a problem that in 1963 the Maroochy Shire Council was asked to keep campers off the footpath between the shop on the corner of Yandina-Coolum Road and the School of Arts because pedestrians were being forced on to the road to avoid guy ropes.

For teenagers, it was a time to play cricket on isolated beaches anywhere between Mudjimba and Peregian, or south from Point Cartwright, and stay on to light a fire and listen to the waves rolling in.

Or roll out a sleeping bag on the sand and spend the night under the stars. Not anymore!