As China’s threat grows, our PM sends a clear signal to Beijing

As China’s threat grows, our PM sends a clear signal to Beijing

With vision of a ‘free and open Indo-Pacific’, Quad leaders send a clear signal to China 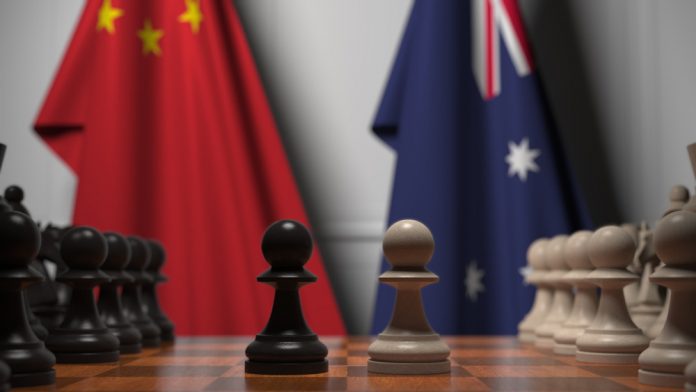 The Quad has come a long way since it was resurrected in 2017 as a loose coalition comprising the US, Australia, India and Japan. The face-to-face, leaders summit at the end of last week marked a new high point for the grouping.

Three of the members continue to suffer Chinese coercion in various forms: economic coercion in Australia’s case, and the use of military and grey-zone tactics to advance territorial claims when it comes to India and Japan.

It is an open secret the Quad’s primary and overwhelming raison d’etre is countering China. As a response, Beijing vacillates between outright scepticism and scornful indignation about the return of a “Cold War mentality” to the region.

China’s Foreign Ministry spokesman Zhao Lijian for example, described the latest meeting in Washington as a “closed, exclusive clique targeting other countries”. He added the Quad “runs counter to the trend of the times and the aspirations of regional countries. It will find no support and is doomed to fail”.

Beijing is wary of the Quad with good reason. While the Quad countries avoid mentioning China directly, Beijing knows the group is seeking to counter its ability to set the regional agenda, promote its own authoritarian norms and values, and dominate the most important technologies of the future.

China’s aims present a comprehensive challenge to the US-led liberal order in everything from diplomacy and trade to technology and military power. It is this Chinese ambition which has given momentum to the Quad.

A commitment to combat global problems

Friday’s summit made substantive progress on the initiatives flagged during the first Quad leaders’ virtual meeting in March. It also expanded the Quad agenda to include broader aspects to meet the China challenge.

These initiatives can be grouped into three broad categories:

First, the Quad wants to show that liberal democracies can deliver solutions to the greatest challenges of our time, and that their vision of a “free and open Indo-Pacific” is more attractive than the China-centric model Beijing promotes.

As part of this, the Quad countries have upped their COVID-19 vaccine pledge, now promising to donate 1.2 billion vaccine doses globally by the end of 2022.

Thanks to PM @narendramodi's far-sightedness & dynamism, today India has the ability & willingness to heal the world!! pic.twitter.com/INMPNl6GgT

While India has pledged to resume vaccine production for export in October, Japan set aside US$3.3 billion (A$4.5 billion) in loans and Australia US$212 million (A$291 million) in grant aid for Indo-Pacific countries to purchase vaccines.

Given the existential threat COVID-19 still presents to much of the region, this represents an attractive counter to Beijing’s vaccine diplomacy, which has been used to exert political influence.

And on climate change, the Quad announced three notable initiatives:

The second category of initiatives involves measures to foster an open, accessible, and secure technology ecosystem — a response to growing security concerns about the use of equipment from Chinese telecommunications companies to build 5G networks around the world.

The group pledged to work towards advancing more “secure, open, and transparent 5G and beyond-5G networks” — an indirect reference to developing an alternative to Chinese vendors.

And to prevent China from dominating the critical and essential technologies of the future, the Quad also launched an initiative to map vulnerabilities and bolster security in these supply chains, particularly semiconductors.

Excellent discussions at our first in-person Quad leaders’ meeting in the US. Honoured to meet with PM @sugawitter, PM @narendramodi & @POTUS on our shared vision of a free, open & resilient Indo-Pacific region & responding to the challenges we face in a complex & changing world. pic.twitter.com/iLzhEnH2fn

A counterpoint to Belt and Road

Finally, the third category of initiatives is targeted toward the creation and promotion of liberal rules, norms and economic standards throughout the region.

All these programs are designed to counter Chinese economic practices (via its Belt and Road Initiative) and high-technology exports that undermine liberal democratic practices and enable government corruption and authoritarian-style control and surveillance of populations.

However, an economic component capable of competing directly with China’s Belt and Road Initiative is still missing. The absence of a more comprehensive, Quad-based economic strategy remains the greatest weakness in its pitch to advance a “free and open Indo-Pacific”.

Without it, the Quad cannot counter Beijing’s narrative in the region that the path to economic prosperity is primarily dependent on China.

Historic meeting of Quad leaders. Four democracies of the Indo-Pacific that won't be coerced, bullied, or bought off. pic.twitter.com/AjAJgHmYyI

Still not a ‘security apparatus’

Also notably absent from the summit was discussion of greater military-strategic cooperation.

Prior to the meeting, a US administration official emphasised “the group is not a security meeting or security apparatus”.

The Quad is certainly not an alliance and it is unlikely to become an “Asian NATO”, despite Chinese claims this is what it is aiming to do.

Nevertheless, the four countries have advanced their abilities to conduct joint military operations, such as the Malabar naval exercise. They have also strengthened their cooperation in other areas — such as the sharing of military logistics and maritime surveillance and intelligence information — although this is in bilateral and trilateral formats so far.

And the momentous announcement of the AUKUS alliance between the US, UK and Australia will certainly complement the deterrent capabilities of the Quad.

In all of these initiatives, the Quad leaders have succeeded in dispelling Chinese Foreign Minister Wang Yi’s prediction the group would “dissipate like sea foam”.

Instead, it has become a genuine democratic bulwark against Chinese expansionism and is increasingly forcing Beijing to recalculate the costs of its actions.