Bid for freedom: NSW to hit 80% single dose target as residents roll up their sleeves 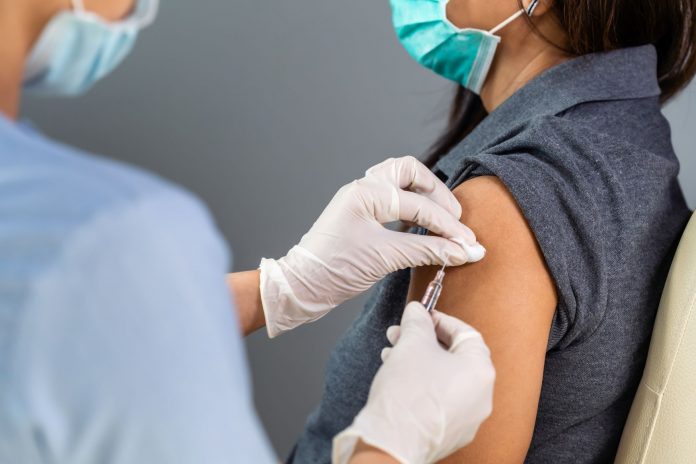 Dorothy Fryer, who laid claim to the title of the Sunshine Coast’s oldest resident, has passed away peacefully at her Currimundi aged care facility. Her More
More
News

A work described as a "standout", created by an artist with strong family ties to the region, has been announced as the 2021 Sunshine More
More
News

The interior design style may be inspired by uber-chic Scandinavia but the panorama is all Sunshine Coast hinterland. The first look inside new luxury cabin More
More

Four out of five NSW residents aged over 16 are likely to have received at least one dose of the COVID-19 vaccine by the end of Wednesday.

The achievement all but guarantees NSW will meet the reopening target of 80 per cent double-dose coverage.

Some 79.5 per cent of the over-16 population in NSW had come forward to get at least one jab by Tuesday, and 47.5 per cent were fully vaccinated.

Under the NSW government’s roadmap, vaccinated people will be released from lockdown when the state reaches 70 per cent double-dose coverage.

More changes will be triggered at 80 per cent, including to international travel and large events.

Meanwhile, some suburbs in Sydney’s west and southwest remain under heightened restrictions despite having some of the highest vaccination rates in the country.

Schofields, Marsden Park, The Ponds and Toongabbie are among the suburbs to have seen at least 90 per cent of residents vaccinated.

Because their council areas are still labelled hotspots, residents in those suburbs are subject to a curfew. Unlike other NSW residents, they can only picnic with their households.

The future of southwest and western Sydney will be debated during a two-hour economic recovery summit hosted by the NSW Opposition.

Labor says it’s looking for positive ideas to get the region booming again once lockdown ends, and it wants to bridge the gap between the west and the rest of Sydney.

There are 1253 COVID-19 patients in the state’s hospitals, including 231 in intensive care.

NSW Health’s Jeremy McAnulty said on Tuesday it was “too early to know” if the curve of case numbers was flattening, after the state recorded its lowest daily total in almost two weeks.

“We’re seeing…that cases haven’t been increasing as fast as they have been, but that may be an effect of the weekend,” he told reporters.

“We’ll look to see what’s happening throughout the rest of this week to know how we’re going.”

I have the ultimate barbecue debate for you, sparked by Rolling Stone magazine releasing an updated list of the 500 greatest songs of all time. There More
More