Student who returned from Melbourne tests positive, sparking health alerts on the Coast 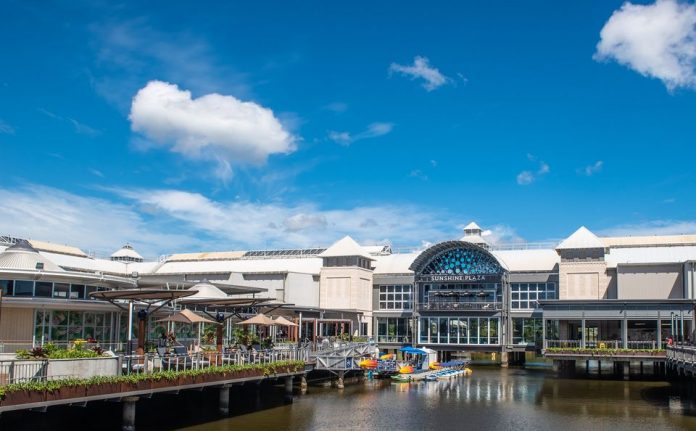 A Queensland student who returned from Melbourne has tested positive for COVID-19, sparking health alerts on the Sunshine Coast including at a busy shopping centre and popular eatery.

The woman ate out at Asian-style restaurant Rice Boi in Mooloolaba where she spent more than an hour, and she also visited the Sunshine Plaza which Deputy Premier Steven Miles said were the venues of most concern.

Anyone who was eating at Rice Boi on Thursday 15 July from 6.45pm to 8pm or was at the plaza during the listed time (below) is being urged to immediately self-isolate and get tested.

“It’s really important, particularly those people who were at the Rice Boi — and I understand it’s a very popular restaurant at The Wharf at Mooloolaba — anyone there really must come forward and get tested,” said Queensland’s chief health officer Dr Jeannette Young.

Health authorities will access the check-in data from the Sunshine Coast exposure locations (listed below) and will contact people.

Dr Young said the student’s infection was not linked to any of the existing outbreaks in Queensland but was from Victoria.

The woman did wear a mask when she was on public transport, and was fully vaccinated, with Dr Young expressing hope those factors would limit any spread of the virus.

The student had returned to Queensland from Victoria during the university break.

Dr Young suspects the woman picked up the virus at a Melbourne pub that was declared a tier one exposure site.

She’d visited the Young and Jackson Hotel in Melbourne, where she’d been studying, on July 10.

She then travelled from Melbourne to Maroochydore on July 13.

The woman received an SMS from Victorian health authorities soon after returning to Queensland and while she was on the Sunshine Coast.

She got a test but it was negative and she went about her business.

She was staying with friends and on the afternoon of July 15 and went to the Sunshine Plaza, specifically the Universal Store.

On Friday, July 16, she travelled by Uber, bus and train to Brisbane airport, where she boarded Virgin Australia flight VA791 to Cairns.

Dr Young believes she was infectious in the community from July 15 and probably until July 17.

Public exposure sites have so far been listed as follows:

She was picked up in Cairns by a relative and she was driven back to her home in Mareeba.

After developing some symptoms she went to the Atherton fever clinic on Sunday and returned a positive result on Monday night.