Hunter, 11, identified as a future Olympian

Hunter, 11, identified as a future Olympian 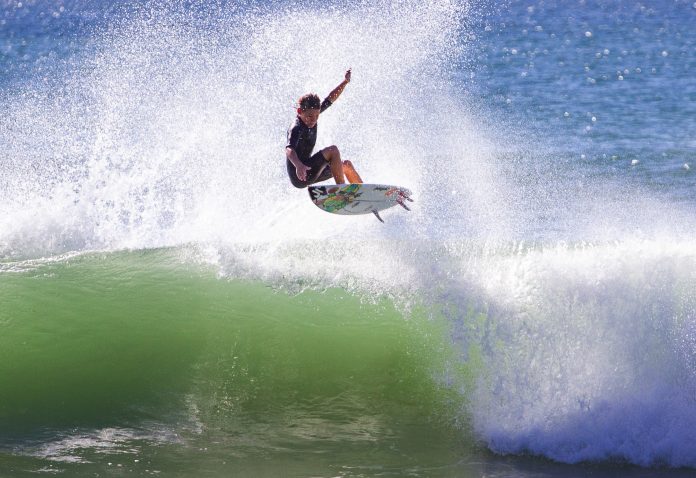 Rising Moffat Beach surfer Hunter Andersson has been invited to a special event in Brisbane on Friday, before the region is likely named host of the 2032 Olympics next week.

The 11-year-old will join other talented Queensland youngsters, who will receive grants as potential Olympians of the future.

“The State Government asked Surfing Australia to have a young representative there (on Friday), and they picked Hunter,” his father Michael said.

“So, we will go down and meet the minister (Stirling Hinchliffe), and possibly the Premier, and representatives from other sports, like skateboarding.

“Hunter’s really looking forward to it.

“It’s just good to see surfing and other sports like it get acknowledged.”

Surfing, skateboarding, climbing, karate and baseball/softball were added to the Olympic program for Tokyo this year and could be among the sports to feature at Brisbane.

“An Olympic Games here would be really good for Australia and Australian surfing,” Michael said.

Hunter will be about 22 when the Brisbane Games should be held.

Michael said the youngster was “keen to be a part of it”.

“Prior to this year’s Tokyo Olympics, surfing was never considered an Olympic sport,” he said.

“But in the last few years that’s changed, and I think most young surfers who want to be elite would have one eye on making the Australian team (for 2032).”

Michael said the talented young Queensland surfers and the local surfing industry could benefit from the Games.

“Hopefully, the government helps fund it (surfing). That would be great.”

Hunter, a Caloundra State Primary School student, is regarded as one of the sport’s most talented grommets.

His state title win (under-12s) last year was just one of his many achievements.

“He’s always up there, he’s very consistent and he’s been part of national and state team programs.

“He’s cruising along quite well.”

“He’s there close to every day and if he’s not in the water surfing, he’s still in the water doing something.”