Your say: a painful wait for surgery, granny flats and public transport solutions 'for entire region' 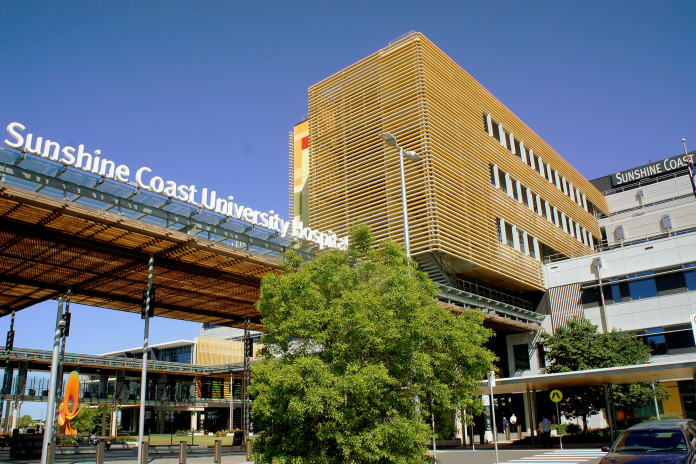 In pain and years away from an operation

With regard to the Sunshine Coast News article “waiting shame” on delays in getting surgery, I, too, have been impacted by the excessively long wait on the orthopedic register for surgery at Sunshine Coast University Hospital (SCUH).

My doctor sent a referral in (through the hospital system), for my knee to be reviewed in line for a replacement in May, 2021.

I followed this up with a phone call to SCUH to see if they had the referral, as the doctor it would most likely go there.

Yes, it had been received and the referral reviewed.

I was told an appointment would be “at least” 21 months away. I am Category 3, apparently, when I thought I would be at least a Cat 2.

I am now using a walking stick if I need to go out. I cannot sleep well at night, because of the pain in my knee. I am a 66-year-old and on a pension. When will I be able to have my operation?

I have been on the waiting list for the Sunshine Coast University Hospital to see a specialist since 2019.

I keep getting forms to fill out and send back with all the same information that they received in 2019.

I am supposed to be Category 2, but I am still waiting.

It’s not good enough and I am not getting better.

My GP saw the ultrasound results of my gallbladder and suggested I go to hospital immediately as it needed to be removed.

He organised all the paperwork and said I would be operated on that afternoon.

My daughter took me to Emergency at Sunshine Coast University Hospital at 9am but the hospital could not find any paperwork.

I phoned the GP and he sent it all again. After waiting a few hours, my GP phoned me to see how I was. I had still not been seen by emergency.

He said he would phone the consultant with all my details And I would be seen shortly. At 2pm and still waiting, I phoned the GP and said what’s next?

He advised me to come back to see him. He was absolutely shocked that I had not been seen. He changed antibiotics and stated if pain became worse, I should call an ambulance.

Luckily, the new antibiotics are working but I’m unable to see any surgeon for four weeks even though I have top hospital and extras cover. It is not good enough!

I think that relaxing the laws on secondary housing would greatly benefit the Sunshine Coast.

This would provide a solution for families needing to provide for, and protect, their own families, such as elderly parents, teenagers transitioning to independence, newly divorced family members needing help to get back on their feet and interim accommodation for family suffering loss or disadvantage.

Also, secondary housing could provide a small income for seniors finding the cost of keeping their homes a strain.

The Sunny Coast is so beautiful. Let’s open our doors and share its beauty.

So, Noosa Shire Council has reaped what it sowed. Noosa decided some years ago to severely restrict development in that shire.

Now it has the problem of workers moving out of the region due to the subsequent high cost of housing.

This is a self-perpetuating failure that will see shops and businesses closing due to lack of a working population.

I note your story about Noosa proposing secondary dwellings.

My experience living next door to a “granny flat” is noise to all hours of the night, cigarette smoke coming into my house, particular bedrooms, general noise during the day due to entertainment, and loss of privacy.

The issue is currently outdoor entertainment areas (example a deck) on granny flats can be built facing the back neighbour and not inward facing to the property owner.

As such, the neighbour gets all the noise, cigarette smoke, and lost privacy (renters view is straight into neighbour’s backyard and house).

The owner gets none of these issues and is happily ignorant that they exist and therefore does nothing to police the issue they have created.

A simple solution is to change the building rules so outdoor entertainment areas must face inwards to the block and existing house. This way it no longer impinges on the neighbour’s legal right to quiet enjoyment of their property and God bless it, the owner will then actually have to deal with the issues that dual living creates.

I’m not against dual living, but a little common sense in its application will protect neighbours.

Noting that under existing council rules, neighbours have no right to object to the proposed granny flat or it’s design. Heaven knows I tried, only to be flatly refused by council.

With regard to the secondary dwellings push. It’s a good idea, as long as there is off-street parking and no more than two bedrooms.

Transport fix must include entire region

Good public transport is the key to the environmentally and socially responsible development of the Sunshine Coast region.

Since massive population growth is inevitable, we should focus our attention on how to make it liveable, even attractive and desirable.

Unlike the Gold Coast, much of the desirable character of the Sunshine Coast is in its mix of small towns and rural areas, both farmed and natural bushland.

The development model favoured by the Council would see the vast majority of new population growth and infrastructure development concentrated along the coastal strip, while largely ignoring the hinterland.

I believe this would result in a two -tier development similar to the Gold Coast, and Sydney, where there are enormous differences in wealth and infrastructure development between the coast and the hinterland which would permanently fracture the unique existing ‘community’ of the Sunshine Coast which, incidentally, is twice the land area of the Gold Coast.

At present, we have a single level bus network which is dreadfully under-utilised, primarily because it is dreadfully slow and meandering.

The problem is that large, mostly empty buses wander about on long circuitous routes attempting to serve all public transport needs, and succeeding in providing an unsatisfactory service for a very small percentage of the population who can’t afford a car, or a taxi, or who can no longer drive, due to aging or infirmity.

Our population is already skewed towards the elderly, and that is going to increase over the next 20 years. These people should be able to access the services they need closer to home, but also have the ability to travel throughout the region via fast, efficient and broadly accessible transport networks. If they were better able to get about on the Coast, they would be better able to support local businesses.

A single-tier transport network will never be able to achieve all of these goals. What we need is a three-tiered travel network, beginning with active transport (pedestrian, bike, scooter) neighbourhoods, combined with small local buses which move people around their local ‘town’ area, and connect to mass transport hubs which allow direct travel to other town centres.  This requires a rapid transit bus network on dedicated routes between major centres, similar to the ‘Metro’ system finally being built in Brisbane, decades after the amazing tram network was removed.

By creating concentrated mixed residential/commercial hubs separated by rural land, we can maintain the character of our region, instead of succumbing to endless boring ‘strip’ developments which can only be serviced by private vehicles.

There are already a substantial number of very innovative and lucrative farm-based enterprises developing in the rural hinterland, featuring paddock to plate restaurants, locally developed ‘branded’ products, farm stay and therapeutic retreats, which could be further encouraged and sustained if they are supported by a transport network which allows locals and tourists to access these rural enterprises.

We have a wonderful opportunity to make the Sunshine Coast a landmark example of how environmentally and socially desirable development could be managed with proper planning and ongoing management.