Board will continue to guide SunCentral project

Board will continue to guide SunCentral project 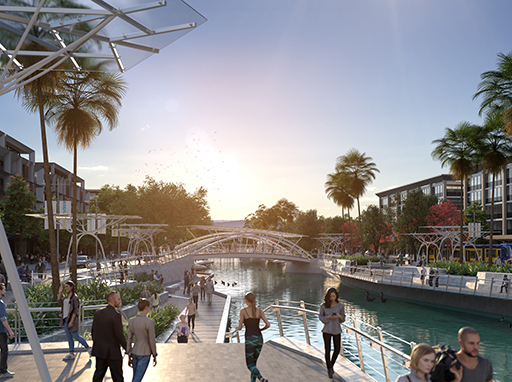 Sunshine Coast Council has looked to maintain continuity by reappointing the Board of SunCentral Maroochydore Pty Ltd, which is guiding the development of the region’s futuristic new heart.

SunCentral was originally established by Council in early 2015 to oversee the development of the new Maroochydore City Centre on Council’s behalf.

At its meeting on Thursday, Council endorsed the reappointment of Morgan Parker, Alison Quinn and Paul McLean as Directors of SunCentral for a further two years from May 1, 2021.

Council also confirmed its support to the Board for the election of Morgan Parker to be the new Chairperson through to October 31, 2021, following the decision of Dr Doug McTaggart not to seek renewal of his term as Chairperson.

“In November last year, our Council made a significant decision that will take the Maroochydore City Centre project forward under a partnership arrangement between Council, SunCentral and one of the nation’s leading urban developers, Walker Corporation,” Mayor Jamieson said. 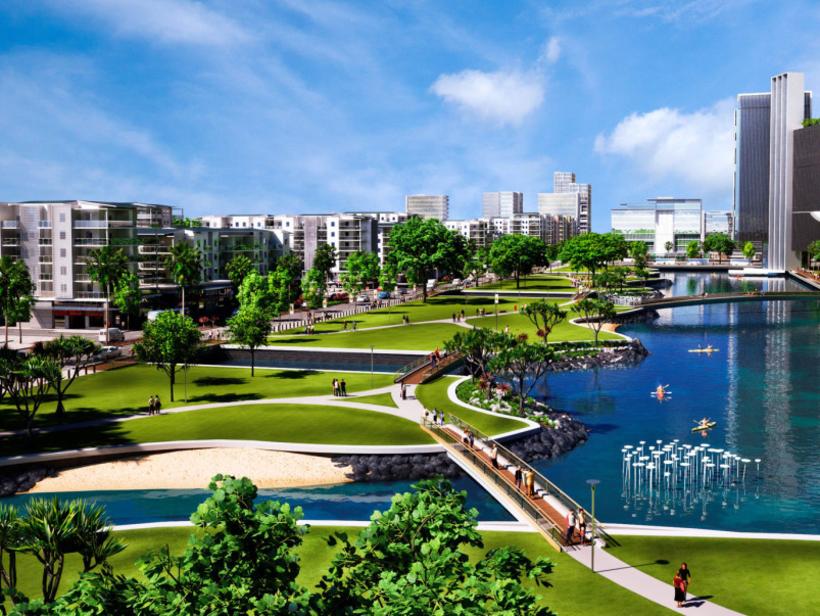 “SunCentral will play a key role as we build our partnership with Walker Corporation and I look forward to working with the board on this journey ahead in creating an outstanding city centre of which every Sunshine Coast resident can rightly be proud.

“I also want to congratulate Morgan Parker on his nomination to take on the role of Chairperson.

“With his extensive background and experience in major mixed-use development consortiums internationally, as well as considerable board governance experience, Mr Parker will expertly guide SunCentral into this new era with our development partner.”

Mayor Jamieson also acknowledged and thanked Dr McTaggart for the careful, determined and insightful leadership demonstrated over the last six years as the SunCentral Chairperson.

“Doug McTaggart leaves an extraordinary legacy for this project and for our region,” Mayor Jamieson said.

“Over the last six years, Dr McTaggart has steadfastly led the Maroochydore City Centre development – and has done so in a way that has not sought acclaim but with a keen eye on opportunity, diligence, professional integrity and an exceptional commitment to good governance.

“During his six years at the helm, Dr McTaggart oversaw the delivery of almost $50 million in high quality public infrastructure including roads, pathways and the first park in the development, Foundation Square. 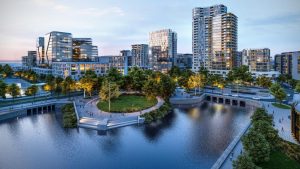 “The City Centre is coming out of the ground and is ‘open for business’.

“With his characteristic understatement and determined approach, Dr McTaggart oversaw the comprehensive process that secured the development agreement we have today with one of Australia’s largest diversified property groups, Walker Corporation.”

Mr Parker has a 25-year plus career history as a real estate developer, investor and banker at some of the world’s leading firms, including Morgan Stanley, Macquarie Bank, Lendlease, US-REIT Taubman Centers and the Rockefeller-owned global private equity firm, Rose Rock. During his executive career, Mr Parker completed 65 projects in nine countries.

Mr Parker currently maintains a portfolio of five non-executive board roles.  He is a board member at Newcastle Airport, UbiPark, Saudi Entertainment Ventures and the ASX-listed Garda Property Group.

In his last executive role, Mr Parker was Chief Operating Officer at Dubai Holding, a U$35 billion real estate investment conglomerate. He was specifically responsible for leading its most significant project, and one of the world’s largest – the creation of Dubai’s new 400-acre city centre.

Originally appointed as one of the five inaugural Directors of the SunCentral Maroochydore board in March 2015, Mr Parker brings to the role a focused approach to major city shaping projects the scale of the Maroochydore City Centre and extensive global experience in master-planned urban development, investment financing and marketing.

Alison Quinn has extensive experience as a senior executive in a range of industries across the corporate and public sectors including banking, finance and property development.

Ms Quinn, who was originally appointed to the SunCentral Maroochydore board in May 2019, has worked in the property sector for over 25 years, across residential, commercial, retail and retirement living sectors. She was involved in the strategic repositioning of Australia’s largest master planned integrated resort community, Sanctuary Cove.

She has served on a number of boards including the Property Council of Australia and Urban Development Institute of Australia.  Ms Quinn also holds non-executive board roles as a Director of UnitingCare Queensland and as Chair of the Investor Advisory Committee of QIC Global Real Estate.

Paul McLean was previously the Chief Executive of Savills Australia.

Mr McLean, who was first appointed to the SunCentral Maroochydore board in May 2019, has more than 30 years’ experience in the property and real estate industry, having been responsible for the growth of Savills throughout Australia and New Zealand from 2006.

He is Chair of Youngcare, a ‘not for profit’ organisation which delivers appropriate accommodation for young people with high-care needs, and is Chair of the Major Projects and Infrastructure Committee for Mater Group. He is also a member of the Building and Property Committee for the Archdiocese of Brisbane.

Peter Sherrie has been a major contributor to the Australia property sector for almost 30 years.

Mr Sherrie, who was appointed to the SunCentral Maroochydore board in October 2019 and continues in the role through to 30 September 2021, has extensive experience in strategic business development.

Since joining Urbex as its General Manager in 2017, Mr Sherrie has helped deliver a national project portfolio with an end value of more than $1.2 billion.

A former State and National President of the Urban Development Institute of Australia, Mr Sherrie is also a former board member of Brisbane Marketing and is a founding member of the Future Housing Taskforce, a group of key industry leaders focused on encouraging the great Australian dream of home ownership.