Give us an inter-urban break: battle looms over 'green buffer' that sets our region apart 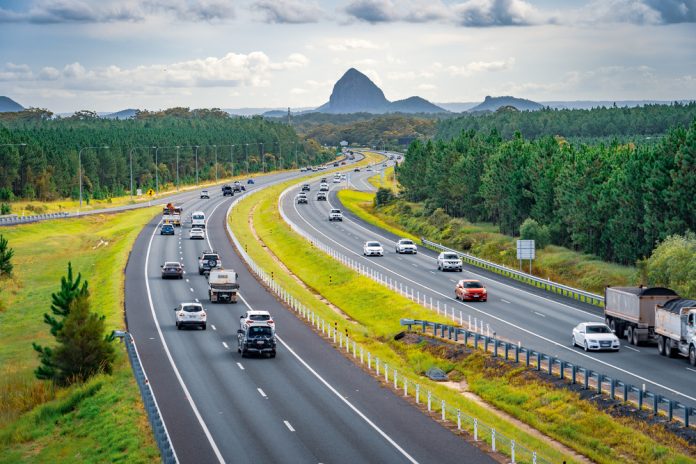 A battle is looming to keep the Sunshine Coast ‘distinct’ from Brisbane by protecting a 23km green buffer between the two regions known as the Regional Inter-Urban Break (RIUB).

Major developer Stockland, which owns a vast tract in the green break, is pushing for land supplies to be unlocked to ease housing pressures which have intensified on the Coast during the pandemic.

But Sunshine Coast Mayor Mark Jamieson is demanding protection of the buffer zone which separates the Coast from Brisbane and to preserve it into the future – including Stockland’s landholding.

The Moreton Bay to Sunshine Coast Regional Inter-Urban Break (RIUB) is a sprawling 63,000 hectare ‘green’ corridor on either side of the Bruce Highway.

The natural space distinguishes the Coast from Brisbane unlike the continuous concrete jungle on the M1 between Brisbane and the Gold Coast.

The green break goes from south of Caloundra and Beerwah, to Donnybrook and Ningi in Moreton Bay and west to the Glass House Mountains.

Just over half of the inter-urban break is National Parks, State Forests and forest reserves.

However, a significant parcel within it, known as Halls Creek which is owned by developer Stockland, has been designated as an Identified Growth Area (IGA) of the future in the SEQRP.

Halls Creek is 1278 hectares, extending from south of Aura, which Stockland describes as being 85 per cent cleared former pine plantation that is now “vacant”.

In a statement, Stockland said Halls Creek would play a “meaningful role in meeting the ongoing housing requirements of the Sunshine Coast and South East Queensland”.

“Growth in the area will require a balance between greenfield and infill housing supply if we are to meet customer preferences for affordable, liveable and well-connected communities that retain the values of the Sunshine Coast region.”

The council, however, does not want Halls Creek developed and is calling on the State Government to protect the site – as well as the entire RIUB – “so that it cannot easily and progressively be eroded by future governments or councils”.

Mayor Jamieson said the council and the community wanted the break “preserved in its current scale, in perpetuity”.

“It contains considerable natural, environmental, economic and rural values that are important to protect the Sunshine Coast today and for the decades ahead,” he said.

“Some of these significant values include helping protect water quality in the Pumicestone Passage, providing unique tourism and recreational opportunities for the whole of South East Queensland and contributing to our economy through its valuable agricultural and forestry activities.

“Major green spaces like the RIUB also provide visual and physical relief from the built environment which is important to maintaining our region’s resilience.”

Mayor Jamieson said the council wanted urban growth to happen in other areas it had identified outside the RIUB, such as Beerwah East.

Beerwah East sits outside the break and the council says it is the “next future greenfield development” to help cater to population growth to 2041 and beyond.

The State Government and council were working together to have Beerwah East development ready by 2027, the council confirmed.

The mayor said losing parts of the RIUB would “significantly impact the benefits this area brings to our region and the community”.

“For example, our natural environment, economy, history and culture, could all be impacted for the worse if the RIUB is not protected in perpetuity,” he said.

“The RIUB is integral to maintaining the character, lifestyle and environment of our region now and in the future.”

A spokesperson for Stockland said the company supported the concept of an inter-urban break but noted that the Halls Creek Potential Future Growth Area “sits to the north of the area as it is defined by the State Government’s South East Queensland Regional Plan”.