Audiences starkly reminded of the role of social media and technology 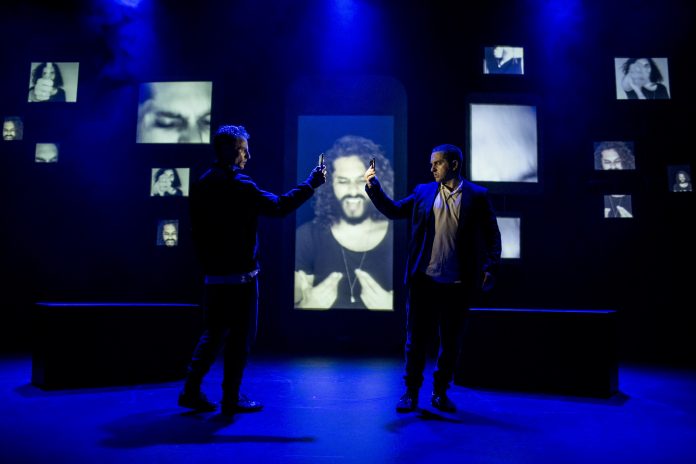 As students head back to the classroom for 2021, an award-winning live show exploring the trials and tribulations of social media and the price of internet fame will be staged on the Sunshine Coast.

Art and Zane are two boys who want to be insta famous and make a bit of money.

Along their journey audiences are starkly reminded of the role of social media and technology and how it impacts the way each of us record, communicate and think about events of racism, abuse and violence in our community.

Sneak peek: You are sitting on the bus on the way home from a hard day’s work, quietly minding your own business when an argument breaks out. You overhear that the disagreement is racially motivated. The argument heats up and the threat of violence increases. A young girl takes out a mobile phone and starts to film the event. What do you do? Do you continue to sit quietly? Do you speak up and risk becoming the victim of a violent attack? When you get home that evening you get online to realise the footage from the event has gone Viral.

Viral directors and performers Hayden Jones and Sam Foster said the play, which is based on true events, investigates the line between disassociation and raising awareness about crucial dealings.

“It explores desensitisation, responsibility and the role of social media in our modern world,” they said.

“During the development of Viral, we engaged with various demographics and cultural groups to hear a diverse cross-section of perspectives concerning the themes and issues in the play.

“This process along with our own research raised many interesting ethical and moral questions about the role of technology, the internet and the media.”

“We wanted to create a show that raised these themes and issues in an interesting and thought-provoking way by combining episodic action that is held together by a strong narrative.”

Viral is an example of Shock Therapy Productions’ signature style of doing as much as possible with as little as possible and was originally funded by the Queensland Government through Arts Queensland.

Duration: 50 minutes with a Q&A session after each performance

The show contains strobe-lighting effects and is recommended for 13+ years.