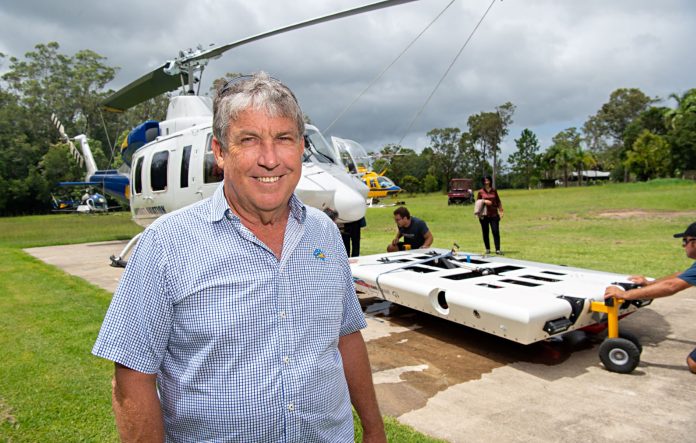 Their world-first technology is now available Australia-wide and will be on display to international markets with a special demonstration day on January 20.

Using a series of Artificial Intelligence systems that collect and analyse data of ground-based sensors, cameras and satellites, Fireball.International detects and reports on bushfires in less than three minutes after they start.

“Every minute counts when it comes to bushfires and currently, it takes approximately 45 minutes for a bushfire to be reported so Fireball.International’s technology will significantly reduce the notification time in areas where our system is installed,” Fireball.International co-founder and CEO Christopher Tylor said.

“We have successfully rolled out this technology in a number of counties in the US, and we are ready to start the roll out in Australia,” he said.

“It is important that people see how it works to get a better understanding of how incredibly powerful this technology is, so together with Helitak Fire Fighting Equipment and McDermott Aviation, we have organised a demonstration morning where we will be showing approximately 80 key stakeholders exactly how each of our technologies work.”

With the support of the Queensland Fire and Emergency Service, a real fire will be lit in a contained environment, to demonstrate how Fireball.International detects, maps and reports on the fire.

The fire will be reported to McDermott Aviation who will be on hand to fill up a Helitak expandable bladder that is affixed to their helicopter, and they will put out the fire with precision.

Specialising in the design and manufacturing of aerial firefighting equipment, Helitak’s technology will allow speedy and cost-efficient delivery of water to help extinguish blazes.

“When it comes to putting out bushfires the only way to increase your ability to extinguish a fire from the air is to increase the litres of water per hour you can put on it,” Helitak CEO Jason Schellars said.

“Our tanks allow the helicopters to deliver maximum load in the shortest amount of time. Our smallest tank (1200Ltr) can deliver an average of 18,000 litres per hour at approximately one fifth of the cost of the large air tankers that averages around 7,500 litres per hour.”

“Our tank-fitted helicopters offer speed and maneuverability for an initial attack on a fire. In terms of delivering maximum, continuous water and dropping it accurately onto a fire our helicopter and tank systems shine when compared to large air tankers which carry larger volumes but have much longer turn around periods and less accuracy for urban interface interaction,” Mr McDermott said.

“The combination of the use of helicopters with the Helitak expandable bladder and the cameras that Fireball.International have developed, that have been fitted to the bottom of the helicopters, ensures we nail the delivery of water every single time – ensuring time and water are not wasted when there is no time to waste,” Mr McDermott said.

Federal Member for Wide Bay and Deputy Speaker of the House of Representatives Llew O’Brien said the Liberal and Nationals Government was pleased to support this innovative firefighting technology with a $497,500 Accelerating Commercialisation grant for Helitak, and a $500,000 Entrepreneurs’ Programme grant for Fireball.International.

“The technology being developed at the Peregian Digital Hub and the collaboration with Helitak and McDermott Aviation is an absolute game-changer for detecting and fighting bushfires, and it will benefit not just Australian communities, but has the potential to be used all over the globe,” Mr O’Brien said.

“With the recent bushfires on Fraser Island as well as the ones we experienced in Peregian Beach last year and throughout Australia, it is great to see Noosa emerging as a centre of excellence for technologies that help tackle the problem, as well as diversifying our local Wide Bay economy and showing that innovation doesn’t just happen in the cities.”

The demonstration day will be held on Wednesday, January 20, at 10am and has been organised with the support of QFES. It will be live streamed worldwide for those who are unable to attend in person.