‘Circuit-breaker’: Why we needed to go ‘hard and fast’

‘Circuit-breaker’: Why we needed to go ‘hard and fast’ 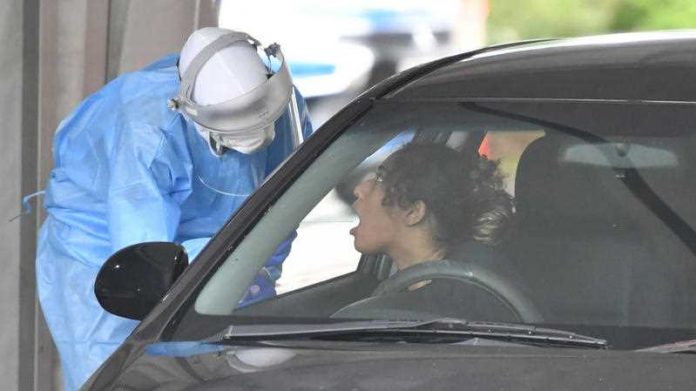 The strategy to “go hard and go fast” could be the circuit breaker to prevent the super spreading UK strain from getting loose in Queensland, a Sunshine Coast health expert says.

Greater Brisbane remains in lockdown until Monday 6pm as contract tracers race to unearth anyone who may have crossed paths with a cleaner infected with the highly contagious strain.

The snap lockdown which came into force on Friday 6pm sparked travel chaos and panic buying as people raced to get home – or escape Greater Brisbane – ahead of the curfew.

University of the Sunshine Coast lecturer in nursing and outbreak advisor Matt Mason said the sudden lockdown was the best way to enable “breathing space” to head off an outbreak.

“We have been saying this since January last year ‘go hard and go fast’ and that is what the Queensland government is doing,” Mr Mason said.

“At the moment it’s a three-day lockdown and if it needs to be extended we will know in the next three days.

“If there are more cases that’s when it becomes a problem.”

Mr Mason is also a technical advisor to the Global Outbreak Alert and Response Network which is part of the World Health Organisation.

Contact tracers are tracking the movements of the cleaner from the Grand Chancellor hotel in Brisbane City, who was unknowingly infectious from January 2 and tested positive on January 5.

She travelled on the public train twice and visited Coles at Sunny Bank, Woolworths in Calamvale and a newsagency in Sunny Bank Hills Shopping Town.

“It’s important that people if they have any symptoms at all come forward and get tested,” Chief Health Officer Jeannette Young said.

Residents of Algester, Sunnybank Hills and Calamvale who have symptoms of the infection are especially urged to get tested as soon as possible.

The Sunshine State now has 20 active COVID-19 cases and the new positive case comes from 15,000 tests over the previous 24-hour period.

Mr Mason said the lockdown would help break the possible chain of infection.

“It’s not just about the numbers (of positive cases), it’s about the chain of infection and where they have been.

“That’s why we should aim to do the lockdown early because we are looking at something that’s up to 70 per cent more contagious and easier to transmit.”

Mr Mason said Queenslanders had been proactive in maintaining good hygiene practices such as hand sanitising and we should not lose sight of those small measures that made a difference.

“We need to remind people that even though the Sunshine Coast is not under lockdown, if you feel unwell get tested and isolate at home.

Prime Minister Scott Morrison said Queensland made a wise call in declaring a weekend lockdown, despite its consequences.

The prime minister said the situation in Brisbane was serious.

“We know there is only one case, but what we do know is that this new strain is some 70 per cent more transmissible than the previous strains of the virus,” Mr Morrison said.

“So it is a very wise decision by the Queensland government, by Premier Palaszczuk, to put in place the precautions she has over the next few days.”

Masks will also be mandatory for those needing to go outside in this area.

South Australia will restrict travellers from Brisbane, but NSW says it’s not about to make a kneejerk response and a hard border is unlikely.

Queensland’s announcement came as the national cabinet of the prime minister, premiers and first ministers held an emergency meeting by video-link to discuss the UK strain, as well as the roll-out of the coronavirus vaccine from next month.

With the UK virus and other highly contagious variants in mind, the cabinet adopted several new measures around flight travel.

These include the introduction of pre-flight testing of returning Australians, while masks will be mandatory on all domestic and international flights and airports.

International arrivals will also be reduced until February 15, rather than blocking flights from certain countries.

The government is hopeful a network of vaccination hubs will be able to deliver it to four million Australians by the end of March.