Flashback: Beach camping tradition that was a killer

Flashback: Beach camping tradition that was a killer

Flashback: The beach camping tradition that was a killer - until Coast's first lifesavers arrived 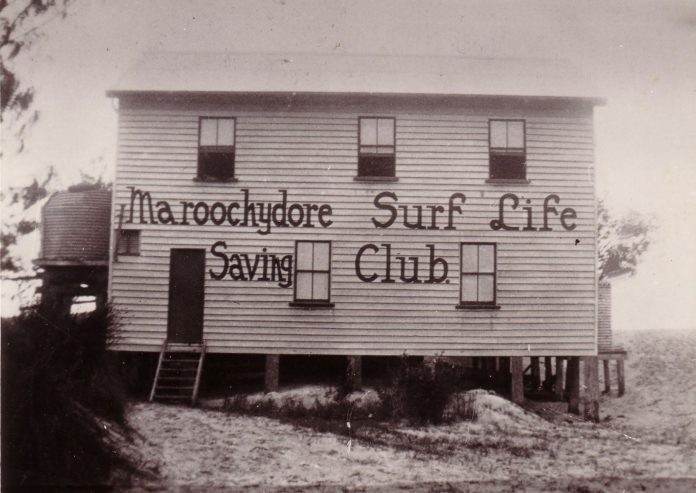 The Salvation Army camp at Cotton Tree was a popular annual event at the turn of the 20th century and the beach south of the river mouth was favoured by swimmers, setting the stage for the Sunshine Coast’s first and Queensland’s second, lifesaving club.

The Maroochy River mouth was an important fishing area for the Kabi Kabi tribe, who called it “Muru-kutachi-dha” or place of black swan, although explorers James Cook and Matthew Flinders weren’t much interested in beaches on their voyages of discovery.

But in the late 1890s, weary farm workers and residents from the hinterland looked forward to an annual holiday camping beside the river mouth at “Maroochy Heads”, now known as Cotton Tree.

Many could only stay for a couple of days as that was all they could manage to carry in supplies when they arrived by boat.

The Salvation Army set up tents for provisions and the first annual Christmas camp was recorded in 1896, although it is thought it was around for a few years before that.

Nevertheless, its popularity grew and at Christmas 1905, 400 people camped at the Cotton Tree reserve, most of them from the Blackall Range and districts around Nambour.

But as numbers increased, so did the list of casualties as swimmers took to the water at the river mouth and at the first surfing beach south of the river mouth.

A lifesaving reel, one of the earliest lifesaving devices, was installed on Maroochydore beach in late 1908, but it wasn’t until January 1, 1916, that, in a tent provided by the Salvation Army, the Maroochydore Branch of the Royal Life Saving Society (RLSS) was formed in reaction to the constant loss of life at Maroochy Heads.

It was only the second surf lifesaving club in Queensland, after Greenmount on the Gold Coast in 1909. A new surf reel was commissioned that same day.

A squad of instructors from the Royal Life Saving Society had travelled to Maroochydore in late December 1915, taking the cane train from Nambour to Bli Bli, then travelling by launch via Petrie Creek and the Maroochy River to Cotton Tree.

The Chamber of Commerce arranged their accommodation in tents, and also covered their transport costs.

Surrounded by more than 2000 campers, whose only surf protection up to this point had been 300 metres of manilla rope and a copper lifebuoy hung on a tree in 1908, the instructors set to work on two “reel squads”.

The first patrols began on January 2, when squads from Bli Bli and Maroochydore arrived. It must have been a wild day on Maroochydore’s ocean beach as five rescues were recorded.

By Easter 1918, the surf club had purchased a new line for the surf reel, new flags and a new belt. It was stored in “the life saving shed” in time for the Easter holiday period.

By the 1920s, Maroochydore was very much at the centre of surf life saving activity within the North Coast Branch of the RLSS. And no lives have been lost in its patrolled area since.