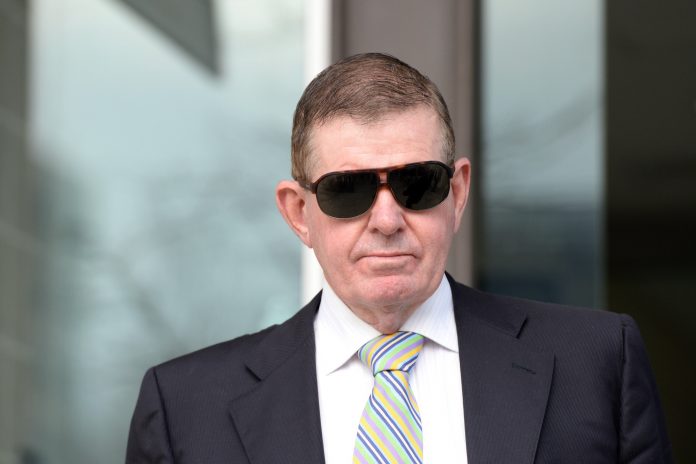 Former Sunshine Coast MP Peter Slipper has been forced to apologise to two international students over a text message he blames on jet lag.

The former member for Fisher, who left politics in 2013 and now lives in Tasmania, apologised after suggesting he might have them deported over a fees dispute.

The Legal Profession Board of Tasmania upheld their complaint over the “indirect threat” and ordered a formal apology.

The students hired Mr Slipper for legal work relating to a restraining order but after a dispute about a $650 fee, they parted ways with the Hobart-based lawyer.

“He is very unprofessional, he messages at odd timings and threatens us that he will take action,” the students complained to the legal authority.

“I’m inclined to write to the Minister for Home Affairs as I’m not convinced we need people like these guys in the country. I have to check whether it is ethnically [sic] appropriate for me to do so. If it is I will and if it’s not I won’t,” Mr Slipper wrote.

He followed up at 3.36am the following day.

“I thought I would let you know that I have decided not to write to the Minister for Home Affairs even if it is ethically appropriate for me to do so,” he said.

Mr Slipper told the board he was suffering jet lag at the time of the first text message, adding he’d later retracted what he said.

The board questioned when he thought it might be ethically appropriate for him to send that message.

“I was completely uncertain of the ethics of it,” he said.

He also received a formal reprimand from the legal board.

Mr Slipper’s texting habits have got him into trouble before, ahead of his resignation from parliament seven years ago.

While an MP he allegedly sent crude and expletive-laden text messages about others and once described then Liberal frontbencher Sophie Mirabella as an “ignorant botch” (sic).

Mr Slipper was federal speaker for almost a year from 2011 to 2012 and stood down amid allegations at the time he had defrauded the Commonwealth and sexually harassed a staffer, a case which was later dismissed by the Federal Court.