‘Faster travel’: Roads that paved the way for Coast

‘Faster travel’: Roads that paved the way for Coast

Flashback: The roads designed to deliver 'faster and safer' travel on the Coast 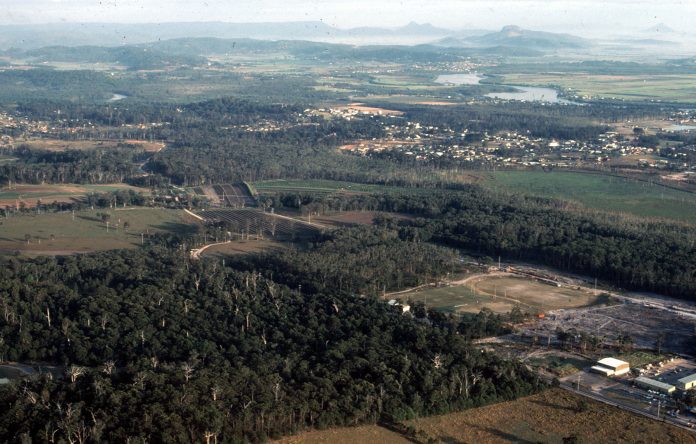 The Main Roads Department opened a project office on the Sunshine Coast in December 1988, to manage three major projects to cope with the expected population boom.

The office, beside the Bruce Highway, now the M1, at Paynters Creek Road, was charged with supervising the Nambour Bypass road which was already underway, the Sunshine Motorway and the Tanawha deviation.

Road and bridgeworks on the Sunshine Coast at this time totalled almost $100 million.

The Sunshine Motorway was constructed as a tollway which the government of the day said allowed the road to be built years ahead of what was originally thought possible.

The first stage extended 18km from the Bruce Highway to Pacific Paradise and was built at a cost of $45 million. It met its scheduled completion date of December 1989.

“With the increasing popularity of the Sunshine Coast as a tourist destination, a faster and safer coastal link became a priority,” Mr Gunn said at the project office opening.

“The motorway will eventually extend to Noosa. This motorway will provide the road infrastructure to encourage future development of the Sunshine Coast.”

Love nostalgia? So do we. Get flashback features direct to your inbox by subscribing to our free daily news feed: Go to SUBSCRIBE at top of this article to register

The first stage involved construction of six interchanges and bridges over both the Mooloolah and Maroochy Rivers, all with “the capability of being upgraded to four lanes to cope with future traffic growth.”

The Tanawha deviation filled a “missing link” in the Bruce Highway, and saw the section from where the Mooloolaba exit of the Sunshine Motorway now meets the highway (then called Mountain Creek Road) to the Maroochydore turnoff, upgraded to four lanes and taking a more direct route.

The former highway route is now known as the Tanawha Tourist Drive, from Crosby Hill Road to Forest Glen.

The 11.8km Nambour bypass eased severe traffic congestion in Nambour and was estimated to carry about 8000 vehicles when it opened in 1990.

It had been on the drawing board since the late 1950s but was shelved by opposition from Nambour businesses who feared it would lead to a commercial recession. History has shown that the opposite occurred.

The two projects together were undertaken in seven stages at a total cost of $54.5 million for construction of 19.53 km of highway, 14.13 of them four lanes. Construction had started in 1986 and included four interchanges, eight underpasses and three overpasses.

Within a year of the project office opening, in October 1989, the Maroochydore bypass section of the Sunshine Motorway was opened at a ceremony adjacent to the Wises Road roundabout in Maroochydore.

The next section to the Pacific Paradise roundabout, which included the Maroochy River Bridge, was officially opened on January 21, 1990.  Less than two decades later, it was already hopelessly inadequate to cater for the burgeoning population.