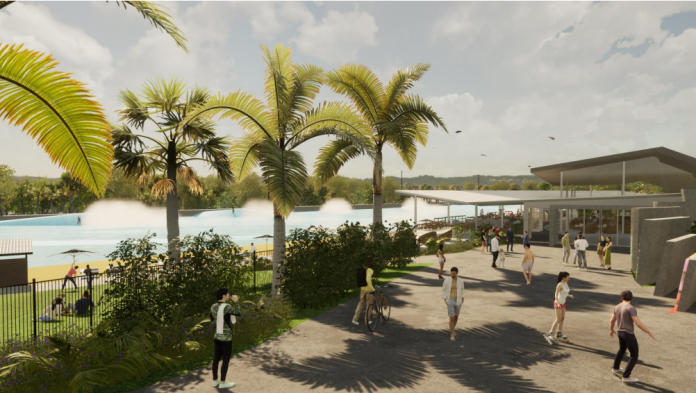 It’s time to gather together in celebration of culture

A host of events are being held around the region to celebrate culture, heritage and diversity. Traditional Custodians, the Sunshine Coast First Nations community and More
More
News

A new transport-focused program will be rolled out on the Sunshine Coast, in an effort to curb our 'unsustainable' level of car use. The program More
More
Opinion

It is all about attitude. We live in an era where home ownership sits cheek by jowl with adulthood: for generations, you have made it More
More
Property

Prospective buyers from as far as Brazil, Britain and the US are eyeing an "incredibly unusual" beachfront opportunity on the Sunshine Coast. Touted as the More
More
News

Potholes creating hazards, but you can help fix them

The recent deluge across the Sunshine Coast has prompted calls for commuters to report potholes and damaged roads. Sunshine Coast Council crews and contractors have More
More
News

The first residents have moved into a unique and 'laid-back' community by the beach. Kombi Street at Stockland’s Bokarina Beach community has been a hive More
More

An application to build a world-class wave park at Glass House Mountains has been lodged with Sunshine Coast Council.

Surf Parks Australia wants to develop what would be the biggest tourist attraction the region has seen in decades on the western side of Moby Vic’s.

According to the application, it is the Australian franchise of American Wave Machines, which “has delivered similar economically-viable facilities around the world with their technology and business case established and proven’’.

The company’s most famous creation is the BSR Surf Ranch in Waco, Texas.

Based on the cost of similar ventures overseas, the Sunshine Coast attraction could cost more than $25 million to construct.

“The American Wave Machine’s technology has been endorsed by the International Olympic Committee with their latest wave pool completed in Tokyo as part of the 2021 Olympic Facilities,’’ the application documents said.

Submitted by Alexandra Headland-based development consultants, Project Urban, the application is for a material change of use that would allow two rural-zoned parcels to be developed as a Tourist Attraction (Surf Park).

“The proposal will deliver a holistic surfing experience, including a wave pool and associated amenities, a wellness centre featuring yoga and meditation, paddock to plate food and beverage, ocean and marine protection education, learn to surf classes and surf coaching,’’ the application says.

“The development is proposed to operate 6am-9pm, seven days a week.

“The proposed development represents a regionally significant tourism development that will enhance the Sunshine Coast’s tourism brand and reputation.’’

Like keeping in touch with development news on the Coast? Get stories direct to your inbox by subscribing to our free daily news feed: Go to SUBSCRIBE at top of this article to register

The pool and adjoining viewing beach would be approximately 315m long and 92m wide.

A single building and viewing deck would be located midway along the length of the pool overlooking the surf and the beach.

The main building would have a maximum height of 8.5m and total gross floor area of approximately 1,500m².

The building’s architecture would have “obvious references to wave forms”.

It is adjacent to the Moby Vic’s service centre, located to the east and south, and is currently owned by Moby Vic’s Pty Ltd.

“Currently the site is partly used for agriculture and partly vacant land. The site is free of any significant vegetation,’’ the application reads.

“It is evident that the site has long been identified as a suitable site for a Tourist Attraction since before the Moby Vic’s Theme Park application was lodged in 1999 and right through to 21 May 2014 when the Caloundra City Plan nominated the site specifically as a Tourist Attractions and Services Area.

“This report has demonstrated that the establishment of the proposed development on the subject site is warranted.’’

Council will now assess the application.