Flashback: The Golden age of cinemas on the Coast

Flashback: The Golden age of cinemas on the Coast

Flashback: The golden age of cinemas on the Sunshine Coast 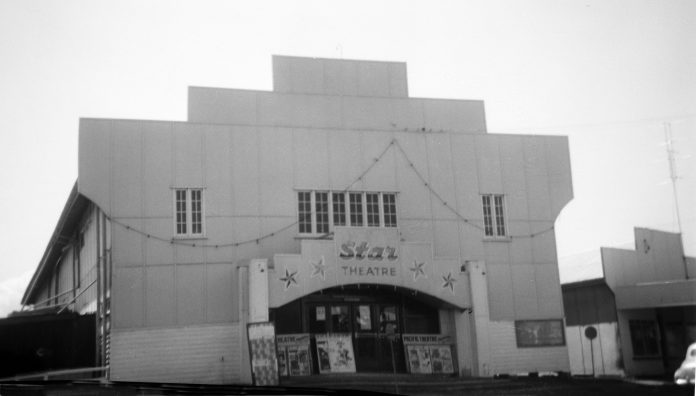 For more than three decades around the middle of the 20th century, most major towns on the Sunshine Coast had a picture theatre – and they were a winner with the holidaymakers who packed into coastal campsites during the Christmas holidays.

In Maroochydore, the first Star Theatre opened on Beach Rd in December 1923. Walter Potter replaced it with a much finer hardwood and fibro building that was officially opened on Saturday, October 12, 1935 before 800 patrons.

Hailed as the best of its kind on the North Coast, it “introduces a new note in design and appearance” and “the special sounding qualities of the theatre now ensure first-class entertainment”.

In August 1954, a cinemascope screen was officially opened, one of only three outside the state capitals.

From 1983-1997 the building operated as Mad Barry’s Home Improvement Centre and by January 1998 it was replaced by retail showrooms.

Love nostalgia? Get flashback features direct to your inbox by subscribing to our free daily news feed: Go to SUBSCRIBE at top of this article to register

At Cotton Tree, Maurice “Nugget” Evans, established the Jazzland dance hall and a picture hall, at the corner of King St and the Esplanade in 1923.

On August 15, 1932, “the Beach Theatre and Cotton Tree store were totally destroyed by fire shortly before 1 o’clock this morning. The adjoining dance hall, although scorched, was saved by a bucket brigade”. 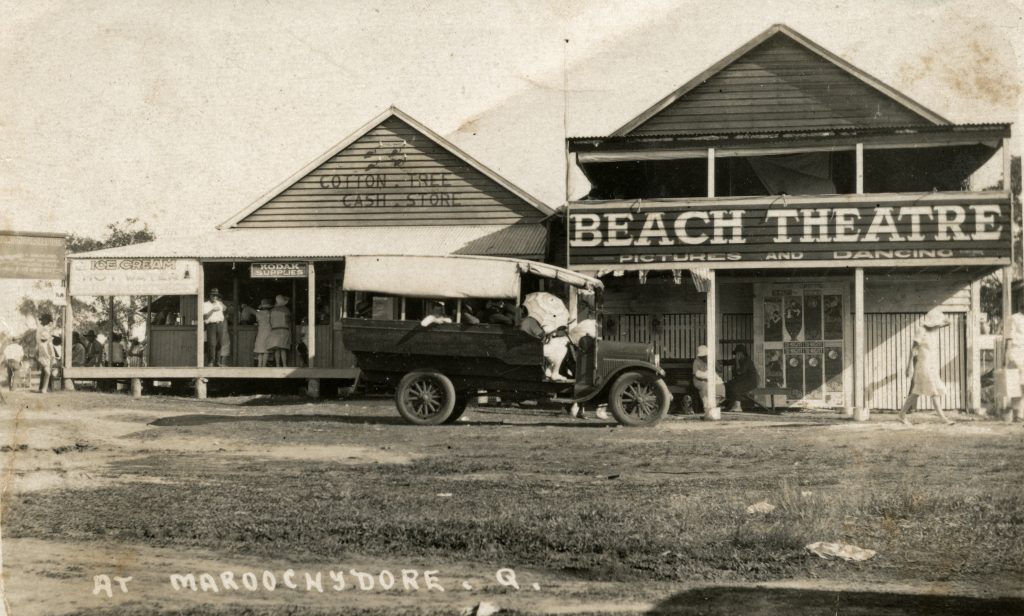 The Vogue Theatre in Currie Street, Nambour opened in March 1949. The last films were screened in 1976.

Mooloolaba had the Pacific Theatre on the corner of Brisbane Road and the Esplanade from the 1930s. Derelict in the 1980s, its site is now the Peninsular apartments.

In Caloundra, the Amusu Theatre was on the corner of Bulcock St and Knox Ave, and was renamed The Strand in 1937. It was demolished in February 1979 and a new shopping complex with cinemas also named The Strand, opened in October 1980.

The Loch opened at Moffat Beach in December 1956. The large timber-framed fibro building had seating for 350. Admission was sixpence for two feature films plus a newsreel and cartoons and screenings were particularly well patronised during holiday periods.

It was demolished in 2004 and in July 2013 Moffat Beach Townhouses were erected on the site.

Silent films were screened at Pomona’s Majestic Theatre from1923 until 1931, when the first “talkies” were shown.

In Tewantin, Lionel Donovan opened the Mayfair Picture Theatre in Poinciana Ave. It screened three times a week and during the 1930s was used for a variety of community functions. It burnt down in 1953, but a new theatre was built on the site soon after.

The first drive-in theatre opened on 16 acres at “Maroochydore turnoff” between Nambour and Maroochydore in 1967. It had capacity for 350 cars and screened six nights a week.

In December 1971, Caloundra drive-in opened at Caloundra Road. It closed in the 1980s and in 1996, the site was redeveloped as the Village Green retirement complex.

The Maroochydore drive-in in Maud St also opened in 1971. In 1979, it was purchased by Birch, Carroll and Coyle Ltd but by the end of the 1980s the site had been turned over to housing. It was the end of an era.