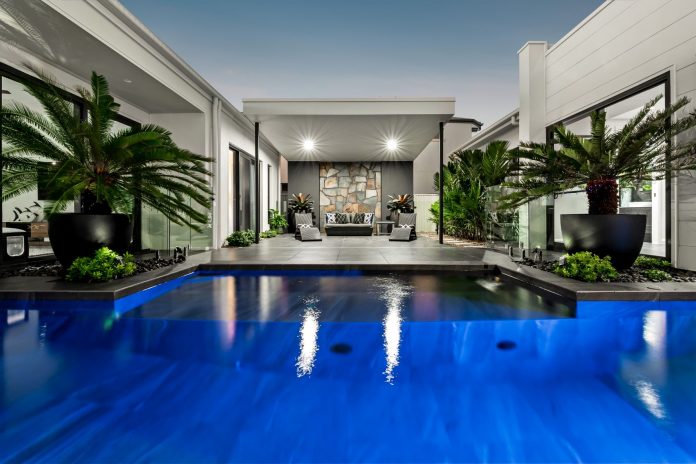 A Pelican Waters builder has hit the nail on the head with a sleek 1970s-inspired “urban resort”, recently crowned the best in Australia.

Anthony Stopka of Platinum Residential Designer Homes took on the big wigs and won at the 2020 Master Builders Australia Awards, claiming best individual home ($500,000 to $750,000) for his own family residence on the Pelican Waters’ canal front.

The winning “North Point 48” is just one of the many eye-catching designs from Platinum Residential Designer Homes that line the canals and quiet streets of the Pelican Waters masterplanned community, where Mr Stopka and his family have called home for over a decade.

The same commitment to excellence will also be evident in the local builder’s current pipeline of projects in the booming southern Sunshine Coast suburb, such as the luxury Signature Terrace Collection under construction in the emerging island and marina precinct, plus a beautiful waterfront home to take pride of place in the estate’s new display village. 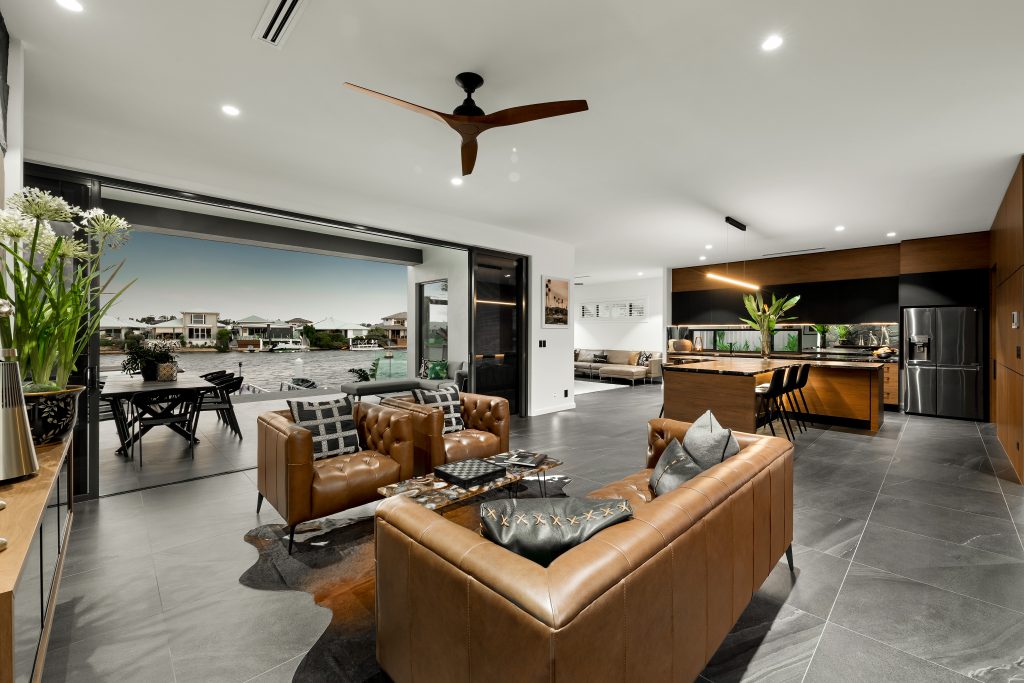 Mr Stopka said the national honour was evidence that smaller builders had arrived amongst the industry elite.

“I’m just one guy with a couple of staff. I’m not focused on volume, I’m more interested in finer details and putting in maximum time and energy into producing better product,’’ he said.

The winning home is an opulent waterfront lifestyle property featuring sleek and simplistic external lines with a broad contrast of textures and finishes. 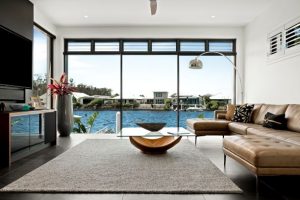 Mr Stopka uses the term “urban resorts” to describe his unique designs, created for fun, functionality and freedom with a focus on fine execution and the best finishes.

“Our philosophy is that you don’t have to have a large home to have the best features and inclusions. We have built many small and less expensive homes that are loaded with the same specs that we put into a million-dollar-plus home,’’ he said.

The 2020 MBA National Excellence in Building and Construction Awards was livestreamed from Crown Casino Perth on November 29.