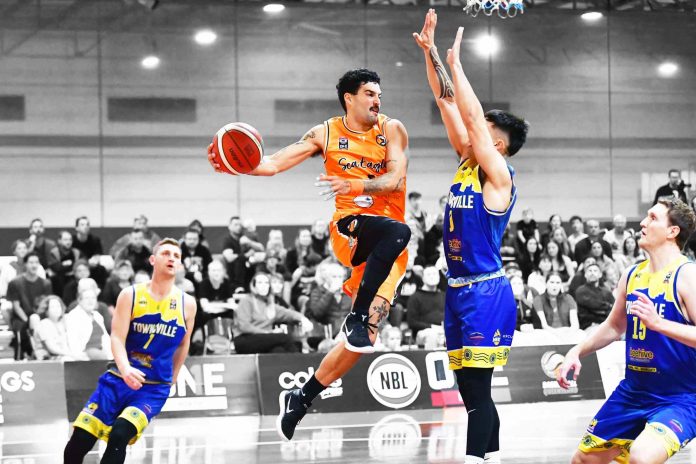 The Sunshine Coast basketball community has converged to celebrate 50 years of the sport in the region.

The special event was held in conjunction with the last Sunshine Coast Phoenix home game of the state league regular season at Maroochydore Basketball Stadium.

Photographer Patrick Woods was on hand to capture some of the best moments from the night for Sunshine Coast News.

Scroll down for a gallery

To mark the milestone, the Phoenix men’s and women’s teams donned replica uniforms of the original Maroochydore Sea Eagles teams from 1986.

Former state league players from the Sea Eagles, Clippers and Phoenix were among those invited to the event.

The men’s team defeated Townsville Heat 88-83, while the women’s team were beaten by the Heat 89-70.

Basketball has a storied history in the region. It started with modest roots via the Maroochydore Basketball Association in 1972. Read all about it and see historic photos here.

Now, the local basketball community is eagerly anticipating the 2032 Olympic Games, when games will be played on the Sunshine Coast.

“It was a great turn out Saturday to help celebrate 50 years of Clippers Basketball,” she said.

“We saw lots of familiar faces back at the stadium and was a great opportunity for old team mates and friends to catch up.

“Thank you to everyone who came to help our club celebrate this amazing milestone.”

The replica 1986 uniforms are available to bid on here.