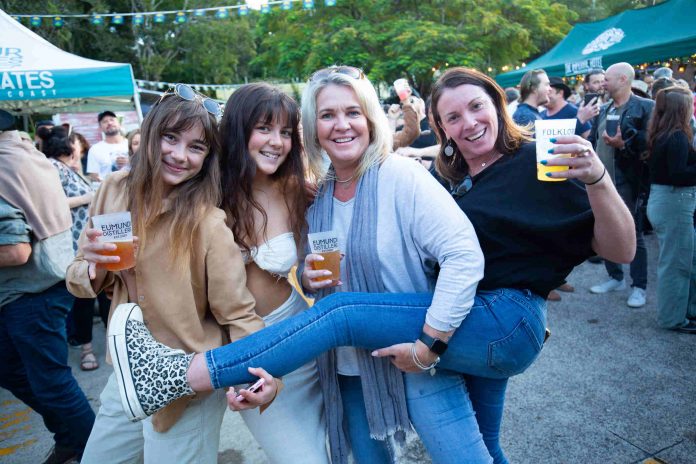 The brews flowed, the music pumped and beer-lovers from far and wide converged for the Hinterland Craft Beer Festival.

The annual event was held at the Imperial Hotel and Eumundi Brewery on the weekend.

SCROLL DOWN FOR PHOTOS

It was the fourth edition of the festival and Eumundi Brewery manager Paul Thomas said it was the best one yet.

“It’s a big wow from us, with a terrific roll-up of beer lovers in Eumundi for what was a truly great festival centred around quality local brews,” he said.

‘We couldn’t have asked for more magical weather for the festival, which saw a line-up of 10 local breweries, a gin bar, food trucks and an afternoon of fun-filled entertainment and live music.”

The festival grooves continued during the afternoon and into the evening, with a line-up that included Blues Arcadia, Benny O and the Ryan Giles Trio.

The Imperial Hotel’s Vinyl DJs also had the turntables spinning and the Beer Fest Karaoke took place in The Bunker, for those keen to get on the microphone.

Roving performers had guests laughing and festival-goers of all age ages enjoyed the raft of old school pub games.