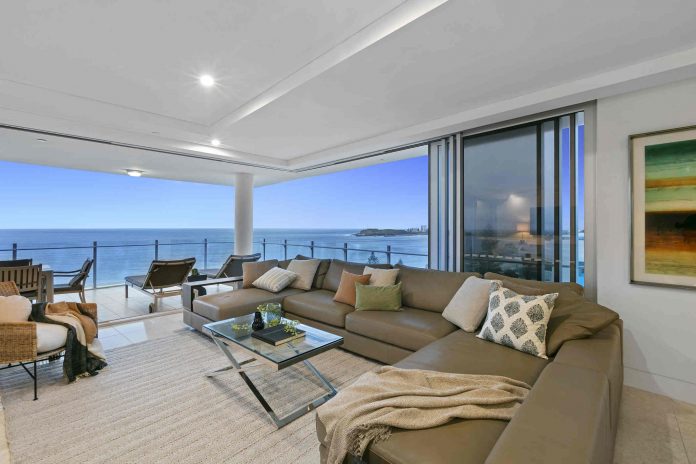 The views from this sky home are “gobsmacking’’ and so was the opening bid it attracted at auction.

About 80 people turned out for what had been shaping up as one of the most spirited sale events of the year at 1002/20 First Ave in Mooloolaba.

The 254sqm Sea Pearl sub-penthouse was originally bought off-the-plan for $2.8 million in February 2010.

In the 12 years since, Sea Pearl has become a tightly-held address and much has changed  in the Mooloolaba real estate market.

But that first bid – a staggering $6 million – was like a torpedo, taking out two of the four registered bidders and firing up the crowd.

Agent Richard Scrivener, from Next Property Group, said one bidder was on the phone with another agent, while the eventual buyers – a couple from New Zealand – were in attendance for the dramatic bidding war that ensued.

The hammer finally came down on their new property at $6.58m. 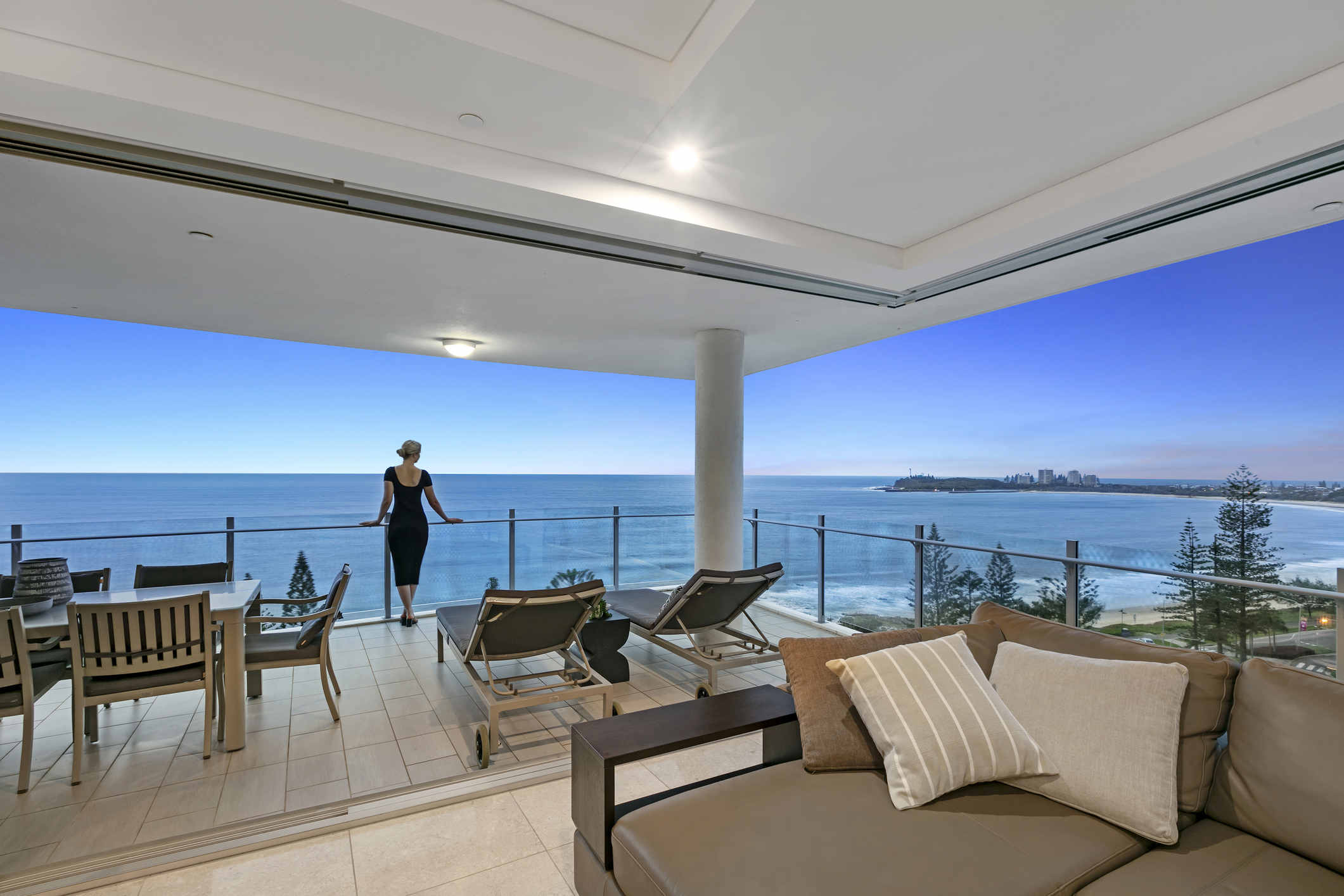 “It was a $6m start. We probably all thought, to be honest, it would be somewhere in the 5s (million dollars),” Mr Scrivener said of the opening bid.

“It’s a lot of bikkies. But you never know until the day what people are thinking.

“I know there’s been some pretty hefty sales through there (Mooloolaba beachfront) and I think that would be one of the very top.

“The sellers and buyers are both ecstatic with the result.”

Mr Scrivener said the successful bidders, Rod and Gae, who have a history of First Ave purchases, were upgrading the view on what has become their winter retreat in Australia.

“They’re an older couple who are going to be using it for more of a holiday home set-up,” he said.

“They’re going to keep it for themselves and that will just be for when they want to come and go.

“They are in the later part of working life and looking to retire. Whether they do end up retiring to the Coast or not, I don’t know, but I know they love coming over for the winter months.

“They’re at First Light. I sold them the property in First Ave some years ago.

“They just wanted to be on the front (with The Esplanade outlook). The front has the better views.

“That’s where they’ve always wanted to be and this was the right timing for them.

“They’re going to move from the First Ave (First Light) penthouse to the Sea Pearl sub-penthouse.”

It boasts three generous-sized bedrooms, three bathrooms and four car spaces across one level, which made it very desirable.

Those who live in the apartment also enjoy access to the communal gym and huge lap pool and spa, and are only steps away from the patrolled beach and surf club.

There are “gobsmacking” 180-degree ocean views from Noosa to Point Cartwright, streets below buzzing with locals and visitors strolling boutiques and dining in al-fresco cafes.

Mr Scrivener said the current record sale price in the luxury Sea Pearl address was $11m, paid for the penthouse in 2021.

But he believed the $6.58m sub-penthouse was the next best sale within the much sought-after building.

“There’s only so many high-rise buildings on Mooloolaba Esplanade and there’s only a limited amount of penthouses and sub-penthouses,” he said. 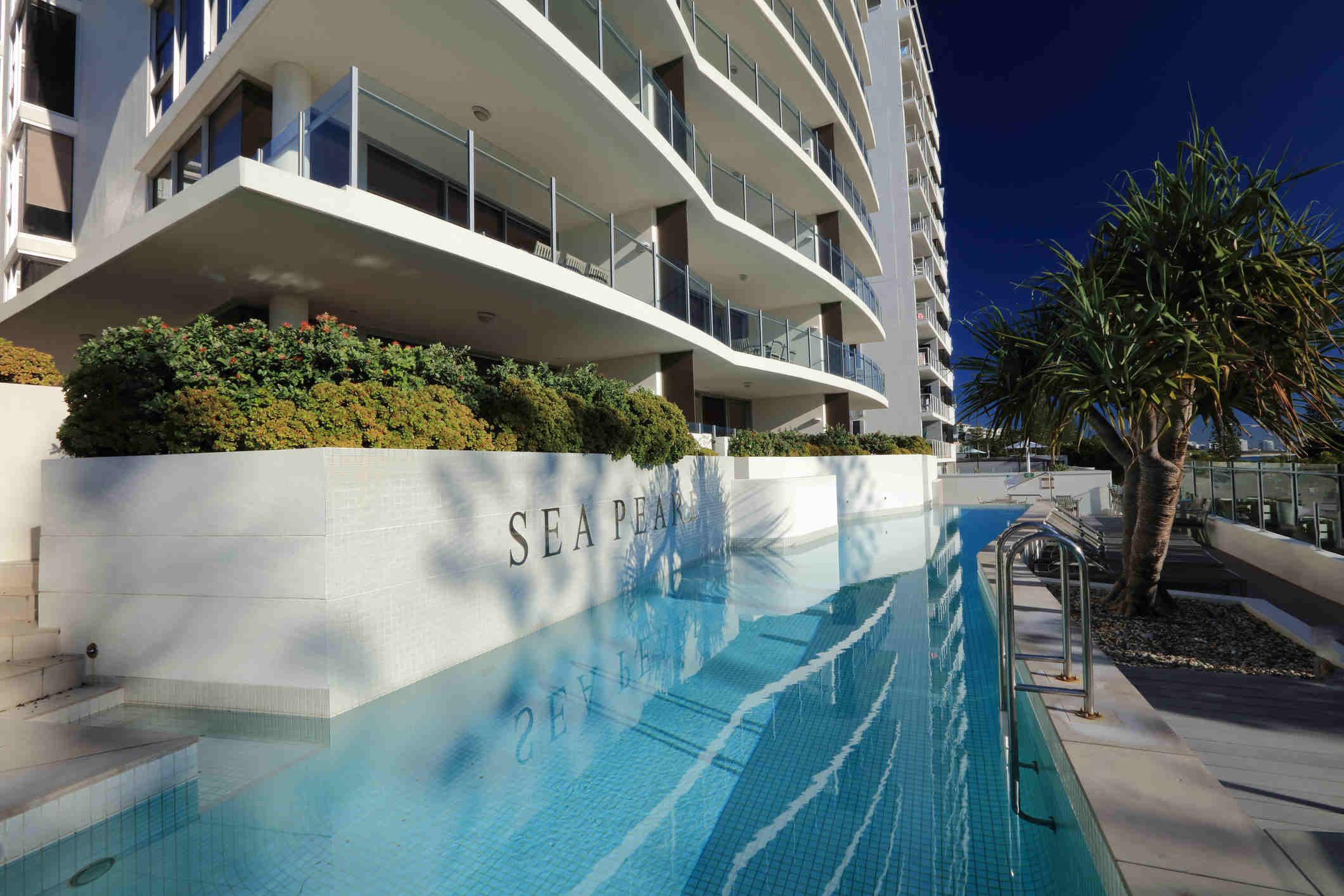 “You’ve got to jump in when you can.

“It’s in demand and there was proof of that on auction day – that there were four people who had probably $6m to spend on a unit.

“It explains itself how popular the building is.

“It’s a good result for all parties.”