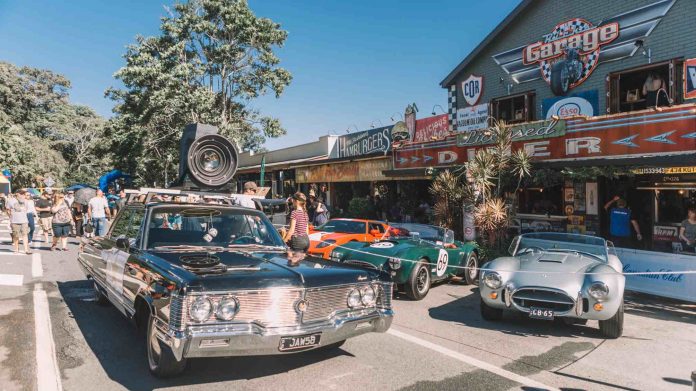 A much-needed project is set to improve parking and pedestrian safety in a hinterland hub.

The main street of Palmwoods is getting a makeover, with work to start in coming months.

Locals were invited to have their say on a revised concept design for improvements on Margaret Street earlier this year.

Key features of the proposal include a car parking area in the centre of the road with wider than standard bays, a new pedestrian crossing near Rick’s Garage, a raised speed platform and a U-turn facility.

Construction is expected to start soon and take about two months to complete, weather permitting.

In addition to this work, an assessment is underway for potential upgrades to the Jubilee Drive and Chevallum Road intersections.

Member for Nicklin Rob Skelton said the project would make a stark difference.

“Building better pedestrian facilities will contribute to greater compliance with the 40km/h speed limit, improve safety and connectivity for pedestrians and provide 12 more car parking spaces and five motorbike spaces in the area,” he said.

“Around two-thirds of people who participated in the recent consultation indicated their support for the revised proposal, with feedback being used to help finalise the design process.

“The community was initially invited to provide input on a proposal which identified a series of potential locations for pedestrian improvements in Palmwoods.

“Through this consultation, we saw overwhelming support for an upgrade near Rick’s Garage and concerns about the limited car parking prompted other solutions to be explored.”

“I’d like to thank the almost 400 people who had their say and played a key part in the design process.”

“I feel the outcome will be a real improvement for the community and look forward to seeing it come to fruition.”

Queensland Transport and Main Roads Minister Mark Bailey said the State Government was committed to improving roads in the region.

“Our investment is helping deliver upgraded interchanges and extra lanes on the Bruce Highway which will go a long way towards helping Sunny Coast locals get home safer and sooner,” he said.