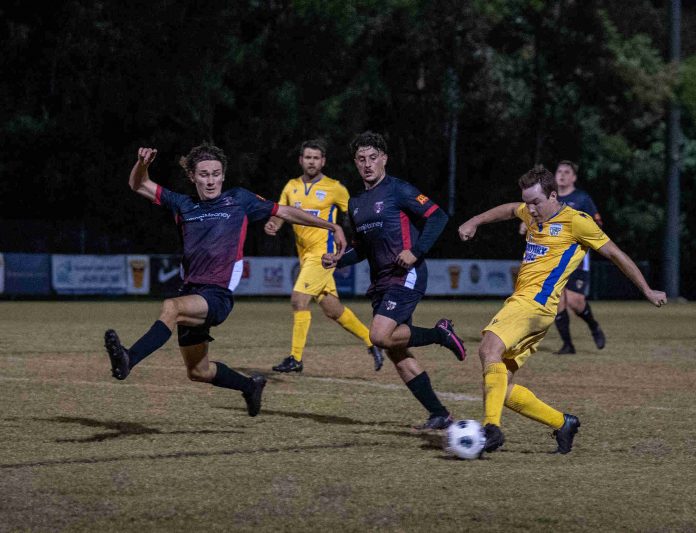 Members of the Sunshine Coast football community will honour a former player and raise awareness and funds for a vital campaign at a special event on Saturday.

Lachlan was a valuable, young Kawana player, who lost his battle with mental health, aged 25, shortly after his team won the grand final in 2018.

“Lachy, the quiet, unassuming boy with the electric pace and childlike smile,” he said.

“He loved his football, relished being part of our team, of the Kawana culture.

“He said very little on the field and his silence, in the end, proved telling.

“We miss the happy, easy-going lad, the fella who was beyond excited to win the grand final in his final season.

“We will always think of you fondly, Lachy. A privilege to call you our team mate, our friend.”

This year’s Lachlan Wells Charity Cup will be the finale to several games at Kawana Western Fields on Saturday, June 18.

The action will start at midday, with an afternoon of back-to-back games in the lead-up to the Charity Cup involving teams from Kawana and Coolum at 6pm.

Lachlan’s parents, who are avid supporters of the Kawana club, will do the coin toss and proudly present the Charity Cup.

Founder of Grab Life by the Balls, Sam Parker, said the charity was delighted to be involved in the annual charity event.

“We are all about promoting the overwhelming positive benefits of mateship for men’s health and wellbeing,” he said.

“We are a local grassroots charity, founded here on the Sunshine Coast.

We run laidback activities for men across Australia as a great excuse for men to hang out with their mates or meet some new mates.”

Lachy’s legacy is also remembered via the Lachlan Wells Memorial Scholarship, which is awarded to a Kawana junior player each year.

There have also been many prizes and raffles from local business’ to raise money for Grab Life by the Balls.

When: Saturday, June 18, games start from midday, with the cup contested from 6pm.

Entry: Gold coin, with all proceeds going to Grab Life By The Balls for men’s mental health.