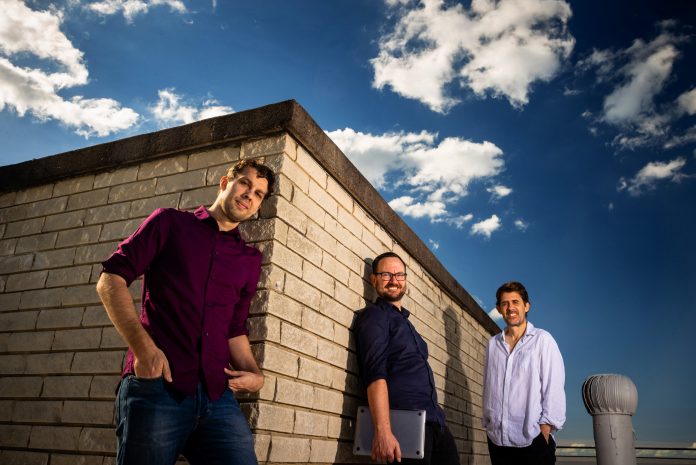 A Sunshine Coast tech whizz is helping protect famous brands from cyberhackers with an idea that was sparked from a casual conversation.

Mapleton’s Louis Stowasser, who has worked in Silicon Valley, co-founded the start-up SecAlerts, which is making its mark in the cyber security world less than three years after launch.

SecAlerts provides services to local and international companies and corporations including famous brands like Nando’s, Adidas and Expedia.

The agency alerts its users to vulnerabilities in their software and helps businesses protect their clients’ personal data in the face of the worsening threat of cyber attacks.

“It’s predicted that a ransomware attack…will take place every two seconds within the next ten years, so it’s essential that businesses keep track of their vulnerabilities,” said Mr Stowasser, 30, who worked for Mozilla in Silicon Valley after leaving the University of Queensland.

Fixes for these vulnerabilities, known as CVEs, are released publicly but software vendors can be slow to release them and businesses are often left with the time-consuming task of keeping track of them.

“We source these CVEs directly from the US Government’s National Vulnerability Database (NVD),” said Mr Stowasser, now based on Brisbane.

“A client lists their software with us and we match the relevant CVEs to their software and provide them in one easy-to-understand email along with other information such as software updates.

“This saves businesses valuable time and the potentially costly fallout of missing an alert.”

SecAlerts is also being used by many top universities, including the world-renowned Johns Hopkins University, because of the wealth of information they contain–enrolment data, financial records and academic research, among other things–that can have a detrimental effect if released or sold online.

“It’s not only universities that need to keep across vulnerabilities affecting their software. It’s an essential element of any business’ cyber defences,” said Mr Stowasser.

“If there’s only one thing you do for your overall cybersecurity, fixing your vulnerabilities is it.”

“The idea came about after speaking to a friend and cyber security consultant,” said Mr Stowasser.

“He casually mentioned it would be great to have a service that condensed all the CVE alerts he received from multiple vendors into one email.”

The three SecAlerts co-founders, who remain the sole employees, met while working in the media in Brisbane. All had an interest in cyber security and brought a different set of skills to the table.

“We started working on SecAlerts in 2017 but life took over and we shelved it,” said Mr Stowasser.

Looking to the future, the SecAlerts team are keen to go it alone as long as possible.

“We’re all stubbornly individual and happy to remain self-funded as long as possible. We’re not tech millionaires yet but the business is turning an increasing profit and we don’t have to answer to anyone,” said Mr Stowasser.

“There will no doubt come a time when we have to upscale. Either that, or someone will come along and make us an offer we can’t refuse.”