Jane Stephens: why do so many drivers have lit fuses?

Jane Stephens: why do so many drivers have lit fuses? 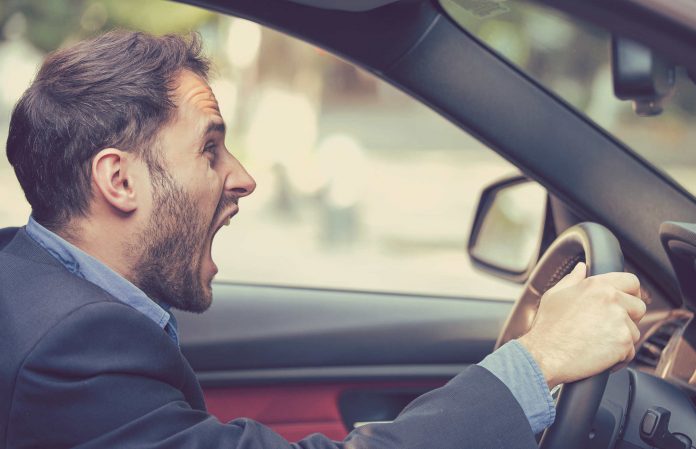 I saw his face contort and watched his lips form swear words in my rear-vision mirror as I stopped in the queue at the lights.

He revved his engine and inched forward, perilously close to my bumper bar. He gesticulated in case I didn’t get the message that he was upset.

I had changed into his lane so I could exit the Sunshine Motorway and head towards home. And that made him very angry indeed.

I judged I had ample time and distance – and both would have been true had Mr Cranky Pants not been in the middle of an attempt to break the land speed record.

My heart pounded at the traffic light, willing it to turn green. An aggro driver had got out of his car at the lights to razz someone in front of me once and I was worried that was in store for me.

Mercifully, the light changed and we moved on. He swerved around me as soon as he was able and swore out his window in my direction.

I stared straight ahead and exhaled slowly as he passed. Don’t feed the animal, I mumbled to myself.

Why do so many Sunshine Coast drivers have lit fuses?

In this beautiful community, why are there so many road rage incidents?

Road rage is the unacceptable retaliation to road user behaviour that might be as simple as accidentally cutting someone off or slowing at an orange light instead of blowing on through.

The response is not proportionate with the incident, and often the one who feels slighted just can’t let it go.

It manifests as rude gestures and swearing but has also led to damaging a vehicle, assaulting a driver and even murder – all in retaliation for something usually innocuous and unintentional.

Sometimes it is in response to no error at all: the rager is just mad and wants to take it out on somebody, anybody at all.

The incidents have become so frequent they have become normalised. We might be rattled by it, but road rage’s intrusion into our drives is not unexpected. Telling a road rage tale barely raises an eyebrow anymore.

Only a small portion of such alarming exchanges end up in our local courts and those have included attempted murder and serious assault in the past few months.

Some people must wake up angry, and their simmering irritation cranks up to rolling boil the moment they have to accommodate another road user on their journey to work.

Insurance giant Budget Direct’s annual road rage report last year showed 45 per cent of those surveyed nationally admitted to showing signs of aggression towards another road user in the previous year and about 72 per cent had another driver shout, swear or rudely gesture at them.

It can’t go on. People need to learn to breathe and let stuff go.

The roads are no place for making enemies of strangers.