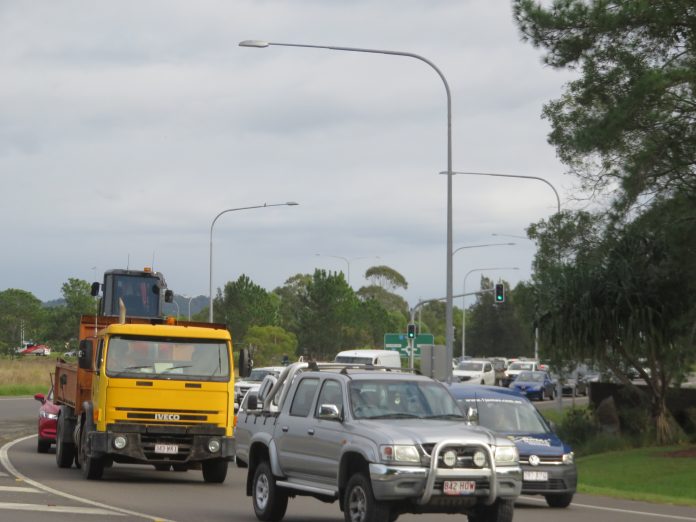 A community campaign has been launched to urge the State Government to fast-track road upgrades at a dangerous section of the Sunshine Motorway.

Ninderry MP Dan Purdie and community leaders say enough is enough, and have called on Transport Minister Mark Bailey to act swiftly to improve safety and cut congestion at Coolum.

Mr Purdie, together with Coolum State School P&C and Coolum Business and Tourism, are encouraging residents to sign a petition calling for vital funding in the upcoming State Budget.

He said fixing the Sunshine Motorway roundabout at the Coolum-Yandina Rd exit, as well as the nearby roundabout at School Road, which often caused major congestion at pick-up and drop-off times, was a priority.

Accidents were common and a recent fatal in the area was followed by yet another accident as Mr Bailey visited the Coast to trumpet road funding.

“A fix was promised 16 years ago and the community is still waiting. We need action on this now,” Mr Purdie said.

The petition will be tabled in Parliament during Budget Week, in two weeks time, and is available at https://queensland.typeform.com/to/wcUHTWC7.

Mr Bailey said the Palaszczuk Government was delivering on its commitment to duplicate the Sunshine Motorway, which was currently in the planning phase.

He said more than 600 locals provided feedback during the consultation period late last year that was informing the development of a preferred option for the project.

“I’m pleased to say this will be released to the community for further feedback in the coming months before progressing to future stages.”

Mr Purdie said the State Labor government had first announced plans to address the traffic congestion and upgrade the motorway back in 2008.

“Since then, our population has grown exponentially, and too many lives have been lost on our roads,” he said.

“The 1000+ students of our 100-year-old school, along with parents and guardians, teachers, staff and citizens of the greater Coolum area, are all being negatively impacted by the transport infrastructure that hasn’t kept in line with the remarkable growth in our region,” Mr Urban said.

“We appreciate the consultation that authorities have had with our school community, including surveys and our own ST Travel committee, but to keep our students safe, we would like to see a commitment to the start of the construction of the duplication of the motorway.”

Mr Urban said the duplication was expected to be from the Mudjimba interchange to the Peregian Springs roundabout, including the southern access from the motorway to Suncoast Beach Drive and fixing the bottlenecks of the two roundabouts leading into Coolum from the motorway.

It would also take the stress off local residents using the only motorway access to and from Coolum, which runs directly past the primary school.

Coolum Business and Tourism President Mark Cameron said the local road network could no longer sustain the rapid growth of the population, and the regional economy.

“Since 2006, the community has been pleading for these road improvements, not only to improve safety but to meet the needs of a fast-growing Coolum region. It’s time to get this off the ‘To Do’ list and just get it done,” Mr Cameron said.