Jane: symbols have power to inspire hate and love

Jane: symbols have power to inspire hate and love

Dr Jane Stephens: symbols have the power to inspire hate, but also love 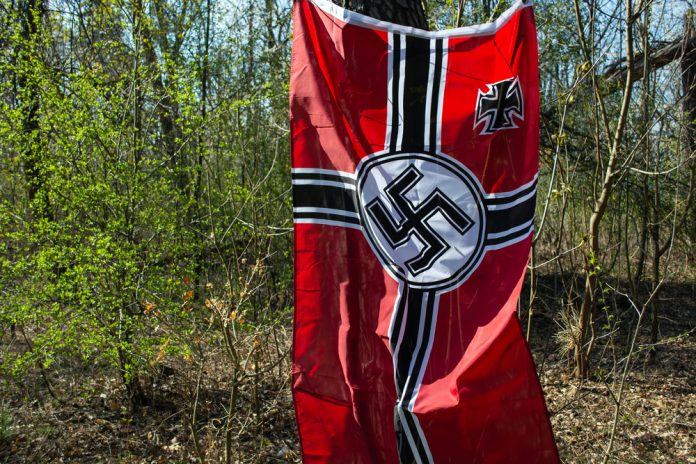 Our surroundings are smattered with symbols and humans are experts at understanding meanings without words.

A few thousand years of practice have honed our symbol-reading skills and given depth to our perceptions of their meaning.

The trademarked shapes such as the Golden Arches and the Nike swoosh, religious symbols like a crucifix or an Ohm or the road signs that keep us all ordered, symbols give meaning to objects beyond spoken words.

Australian Museum Research Institute evolutionary biologist Darren Curnoe says while other animals can learn to recognise and use symbols, creating them is human alone, making it a stand-out feature in our evolution.

Children recognise symbols long before they can read because it is all about the implied meaning.

Symbols provide context, give us information and are used to sell us things.

They can also be a quiet call to the dark and the damaged.

This week, our premier announced that symbols of hate would be banned in Queensland.

She said she was motivated to act after a person last October hung a Nazi flag from their Brisbane city apartment window, which faced a Jewish synagogue.

The Jewish community was naturally horrified and called on state parliament, which was reviewing hate crime legislation at the time, to ban the swastika from public display.

So this week, our legislators acted, deeming that our existing laws were not strong enough to deter ill-doers who used shapes and signs to spread their poison.

At the time of doing it, the Brisbane flag flyer was charged with public nuisance but if they were to dangle such an item under the new law, they would face more serious criminal charges.

The Bill introduced to parliament criminalises the intentional display of symbols to promote hatred or cause fear. That might be on a t-shirt, a bumper sticker, a placard or in an advertisement.

They are considering more too: the parliamentary review of hate crimes also recommended making hate or serious vilification an aggravation in criminal cases and that the civil incitement test be altered so that people can be charged when their actions are likely to provoke hate crimes, not just when they do it.

There is a great deal of reading between the lines required and there will be a lot of assessing what is hateful to be done once the law is in place.

But while this week’s focus has been on symbols of hate and fear, let’s not forget to notice those symbols that propagate good vibes too.

Our world is full of those too: a thumbs up character, a green light, a smile, an X at the end of a message.

Symbols that have made my heart swell these past days have included flowers from a grateful graduating student, birthday cupcakes for me hand-decorated by a precious little boy and a heart-shaped ideograph that my Beloved left where I would see it, knowing it was from him.

Signs of gratitude and love, all.