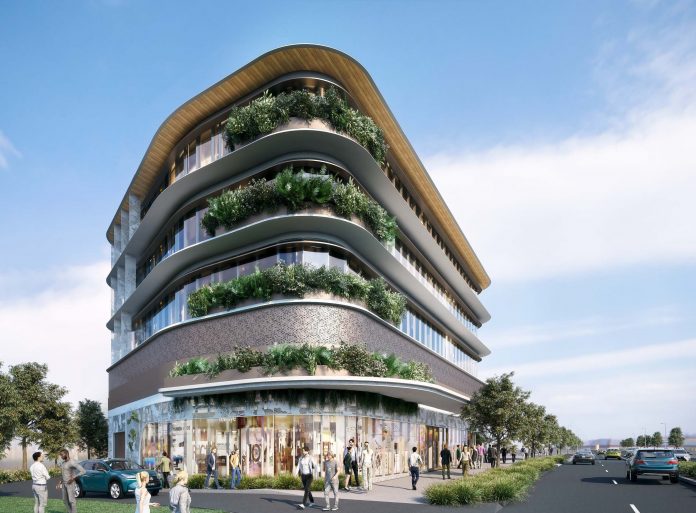 A global software company will establish its Australian headquarters in Maroochydore in a huge vote of confidence in the region’s emerging high-tech heart.

On January 1, the firm acquired long-standing Sunshine Coast tech company, Retail Express, for $55 million, giving it a strong connection to the area.

Maropost has secured the remaining commercial space across two levels (1,500 m2) of Evans Long’s A1 building, due to be completed in August.

It will be the only building to open in the new CBD this year, with the exception of Council’s City Hall.

Mr Blackman said he was thrilled to establish the growing firm’s new Australian headquarters at Maroochydore.

“Maropost will be the largest global tech company based on the Sunshine Coast and we plan to attract and employ more than 200 staff at our new headquarters in areas covering engineering, sales, marketing, support and senior management,” he said.

“We are really excited to soon be fitting out a world-class office space across two floors. It’s an exciting precinct with the added bonus of access to the international sub-sea data cable.

Like stories about the great things happening on the Sunshine Coast? Help us deliver more by subscribing to our free daily news feed: Go to SUBSCRIBE at top of this article to register

“We are also looking forward to engaging with the local community, including business and Council, as we work towards our vision to become the global leader in Retail, eCommerce and Marketing Automation software.

“I am certain that our new office will play a vital role in attracting and retaining local staff.”

“We are thrilled to have leased such a large space of the building to a business which began on the Sunshine Coast and now has offices in Brisbane, Stockholm, Toronto and India,” Mr Singh said.

Ryan Parry, of CBRE Sunshine Coast, negotiated the Maropost deal and said his client had been looking for a central Sunshine Coast location to house a significant number of staff for their Australian headquarters.

“This is the last sizeable, A Grade commercial office space available in Maroochydore and across the region the office vacancy rate is sitting at around 2-3%,” Mr Parry said.

“This is Maropost’s first office location outside a CBD, so it’s a real feather in the cap for A1 as well as the Sunshine Coast.”

Maropost has committed to a 5 plus 5-year lease and while the rental rate was not disclosed it is understood to be at the asking rate of $425/sqm for 1,500sqm, excluding outgoings.

The $18.5 million A1 commercial and retail development is located on a prime 1,173m2 site at the gateway to the new CBD on First Avenue Maroochydore.

It is a five level architecturally designed building by Cottee Parker, which is delivering a contemporary building that will embrace its gateway location and take advantage of the local environment and climate.

Evans Long is committed to achieving a 5-star NABERS energy rating for A1, which provides significant long-term environmental benefits and cost efficiencies for the building’s owner and tenants.