Boost to wages, aged care and climate on the way as new government vows to hit ground running 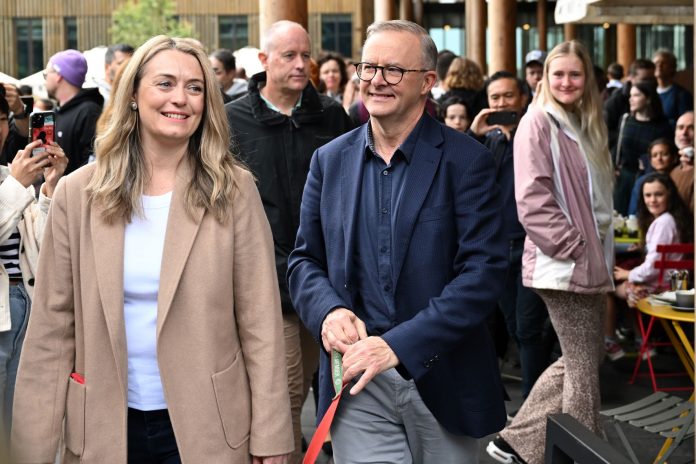 Anthony Albanese will be sworn in as Australia’s 31st prime minister just hours ahead of a trip to Tokyo to meet with US President Joe Biden.

The ministers will cover all portfolios until the Labor caucus can meet in the week after next to put in place the full ministry.

The prime minister-elect issued a statement on Sunday night, saying he would use the meeting to talk about his government’s ambitions to tackle climate change and pursue a stronger foreign policy focus on the region.

So what can Australia expect from the new government?

* Housing Australia Future Fund and Help to Buy scheme involving an equity contribution from the government for up to 10,000 aspiring homeowners a year on low and middle incomes

* Support a minimum wage rise to keep pace with increasing inflation levels, and to lift productivity and close the gap on wages

* A royal commission into Centrelink ‘robodebt’.

Emotional ScoMo and who will replace him?

Official figures from the Australian Electoral Commission have Labor on 75 seats in the House of Representatives – one short of a majority – but the party is projected to hold as many as 77.

The Liberal-National coalition held 52 seats, with Scott Morrison set to stand down from the Liberal Party leadership once a partyroom meeting can be scheduled.

An emotional Mr Morrison told his local Horizon Church on Sunday that a life of faith called on people to “trust and obey”. 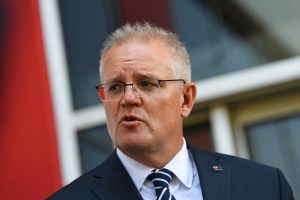 He is widely expected to be replaced by outgoing defence minister Peter Dutton, who may face resistance from moderates in the party.

Mr Albanese will return to Australia on Wednesday.

One of the first major events in the next two weeks will be a meeting with state premiers and territory chief ministers when he will set out the new federal government’s stance on more ambitious climate action.

Ten independents are on track for victory and will be joined on the crossbench by sitting Mayo MP Rebekha Sharkie from the Centre Alliance and veteran Kennedy MP Bob Katter.

The final result has been projected as 77 for Labor, 59 for the coalition and 15 on the crossbench.

Outgoing deputy prime minister Barnaby Joyce said his future as Nationals leader was in the hands of his partyroom colleagues.