Change of government: Albanese to be nation's new PM as Coast voters stand by LNP MPs 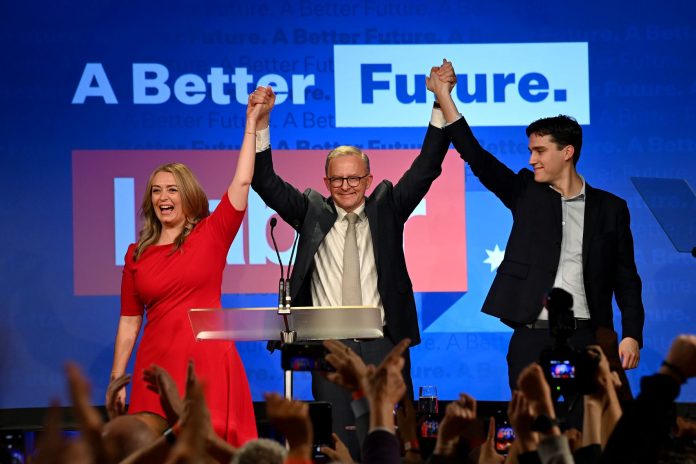 Noosa community members have been urged to express their views to help address the housing crisis that has gripped the region. Noosa Council is seeking More
More
Opinion

While Sunshine Coast voters returned the LNP’s prominent Fisher and Fairfax MPs, Andrew Wallace and Ted O’Brien, albeit with small swings to the United Australia Party and Queensland Greens, it was a different story across the nation.

The coalition is projected to hold 59 seats, with as many as 15 crossbenchers including four Greens MPs, according to election analyst William Bowe.

As vote counting continued, the Australian Electoral Commission officially listed Labor as holding 73 seats, the coalition 51, with 12 crossbenchers and the remaining undecided.

There is still the prospect Labor could fall short of a majority, meaning it would need crossbench support to govern as it did between 2010 and 2013.

“Together we begin the work of building a better future … for all Australians,” Mr Albanese told supporters in Sydney.

In Fisher, Andrew Wallace, the 31st Speaker of the House of Representatives, secured his third term.

In Fairfax, MP and Special Envoy for the 2032 Olympic and Paralympic Games, Ted O’Brien, was secure with 81.64% of the vote counted.

Similar to Fisher, a share of these votes went to Clive Palmer’s United Australia Party’s Lisa Khoury, who gave UAP a 3.29% lift on last time in securing 5145 votes. Sue Etheridge of the Queensland Greens performed strongly, attracting 10,765 votes, which was a slight improvement, while Nikki Civitarese, for Pauline Hanson’s One Nation, secured 5268 votes, slightly fewer than One Nation drew in 2019. 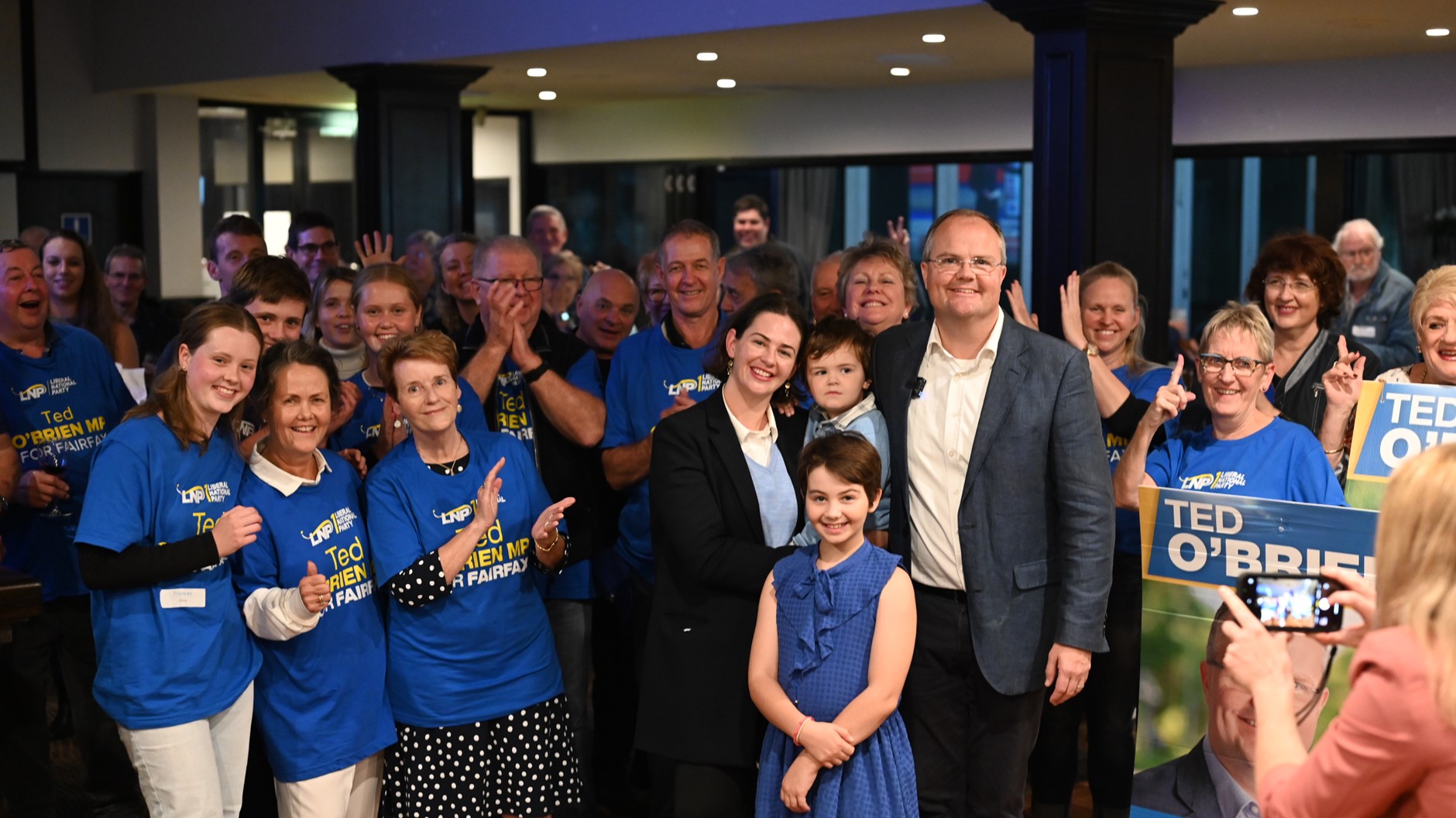 Mr O’Brien (pictured above with his family and supporters) told Sunshine Coast News that he was grateful to be entrusted to continue to serve locally.

“While there is a change of government, my resolute focus on representing our area and delivering locally remains unchanged,’’ he said.

“It’s always a humbling experience to put yourself in front of the public and right now I want to thank the hundreds of volunteers who braved the elements yesterday to support me, and also pay tribute to the service of the nine other candidates and their volunteers.’’

Mr O’Brien said that while the national result had not gone the way he wanted, “you have to respect the will of the people’’.

“Mr Albanese has been elected and now we need to move on as a country.’’

In Wide Bay, which takes in Noosa, Tewantin and Gympie and stretches north to Fraser Island and Maryborough and west to Murgon, LNP incumbent Llew O’Brien easily accounted for his ALP rival Geoff Williams. He secured 44,439 votes to Mr Williams’ 28,526.

Mr Albanese is expected to be sworn in as PM on Monday, along with senior members of his cabinet, before heading to Tokyo for the Quad meeting with the leaders of Japan, the US and India.

Mr Morrison is set to remain in parliament, having retained his Sydney seat of Cook, but will step down as leader at the next Liberal partyroom meeting.

He said despite the final result not yet being known he believed it was important the nation had certainty of leadership and Australia could be represented at the Quad meeting.

The Liberal leader, expected to be replaced by outgoing defence minister Peter Dutton, noted it had been a “time of great upheaval”.

“And we’ve seen in our own politics a great deal of disruption as the way people have voted today with major parties having one of the lowest primary votes we’ve ever seen.”

Labor’s primary vote of 32 per cent was lower than it achieved when it lost the 2019 election, while the coalition scored 35 per cent.

“That says a lot about the upheaval that’s taking place in our nation and I think it is important for our nation to heal and to move forward,” Mr Morrison said.

Mr Albanese, who has made much of his childhood in social housing, being brought up by a single mum, said he hoped his journey in life inspired other Australians to “reach for the stars”.

“I want Australia to continue to be a country that – no matter where you live, who you worship, who you love or what your last name is – places no restrictions on your journey in life.”

Vote counting will continue on Sunday.

The final result of the half-Senate election is yet to be determined, but it is expected veteran One Nation leader Pauline Hanson will not be returned in Queensland.

And for the first time in the ACT’s history, it is expected the Liberals will not pick up a Senate seat with independent candidate and former Wallaby David Pocock tipped to defeat outgoing minister Zed Seselja on preferences.