‘Heart of community’ to beat again after years of turmoil

‘Heart of community’ to beat again after years of turmoil

'Heart of the community': how local surf lifesaving club has risen from depths of despair 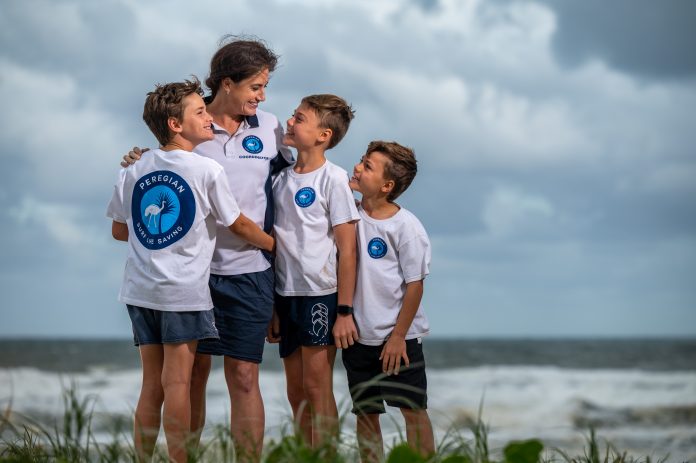 An embattled Sunshine Coast surf lifesaving club considered “the heart of the community” is set to be revived.

Peregian SLSC has been given the green light to operate by Surf Life Saving Queensland and Noosa Council after a lengthy campaign to get it back on its feet.

Peregian Family and Friends founder and president, Leigh McCready, who was behind the drive, said the club would again play a vital role.

“Since 2014 (when it folded), we’ve been missing the heart of our community,” she told Sunshine Coast News.

“Part of the fabric of a seaside town is to have a lifesaving club.

“It’s a place where people can connect and bond. It’s great for mental health.

“The kids are at a challenging age, when they’re starting to become independent and they may not have found their place in the world, but lifesaving provides them with a wholesome, active group of people who like what they like.

Peregian Beach SLSC was formed by local lifesavers and developer T.M. Burke in 1962 and, in the early years, fundraising included an entry fee to see a shark in the local swimming pool.

But it has had more than its share of trouble.

The club was disbanded in 1974, when a cyclone destroyed its small clubhouse.

Community support led to a rejuvenation in 1984 and stage one of a new clubhouse in 1988.

The clubhouse was expanded in 1995 and renovated in 2008, with a bank loan, but the club folded in 2014 after it struggled to pay its debts.

The restaurant and bar, which were largely responsible for generating the club’s income, was not as successful as it had been in previous years.

“We were also encountering a higher degree of competition from other clubs, being renovated or rebuilt,” Ms McCready said.

“Our clubhouse, which is basically falling down, just couldn’t compete.”

But the club has now been given the go-ahead to resume operations after convincing SLSQ and Noosa Council it could again operate lifesaving services and become a trustee of the land and the clubhouse again.

“We had to demonstrate that we had the support of the community to be a club again,” Ms McCready said of their four-and-a-half year campaign.

The formation of a strong junior base and the arrival of more volunteers proved crucial to their cause.

“The Peregian Nippers Program, in 2018, was one of the first things that showed we were in a different landscape to 2014,” Ms McCready said.

“We have a lot of new, younger families, who have moved into the area, with the growth of Peregian Springs and Peregian Breeze.

“So, we have an increasing population, with more support for a club.

“We had to demonstrate that we had enough support from people in the community, who put up their hands to do their Bronze Medallion, to be able to start patrolling.”

Ms McCready thanked neighbouring Noosa SLSC for its help and for maintaining lifesaving services at the beach in recent years.

“The Noosa club is very big and successful and they came in and paid down our debts and replaced our equipment and guaranteed to SLSQ they would have patrolling numbers on the beach, so they have looked after us during the last eight years, until we could get to this point of being ready to stand on our own two feet again,” she said.

While the club is essentially ready to resume, plenty of challenges remain.

It could be some time before the clubhouse is fully operational, with catering services.

“In terms of hospitality, the building is not fit for purpose,” Ms McCready said.

“It needs a whole lot of work, to make it safe and accessible.

“During the next few years, we’ll see a more pronounced need for the building to be completely renovated or rebuilt.

“It’s deemed the third worst clubhouse in Queensland – so our hospitality operations are going to take a lot of time.”

Until genuine hospitality services are introduced, the club will rely on other revenue streams.

“The club has the permit to operate the (bi-monthly) Peregian Beach Markets in the park, so that will bring in some income,” Ms McCready said.

“Membership will also bring in a small amount of income and there are grants that we can  apply for.

“I think we would be prime candidates to receive grants from all levels of government, because we are starting out again and we don’t have a hospitality stream.

“Our own fundraising will never go away. It is part and parcel of being a smaller club and it will be the focus of the new Supporters Club committee, to create new income streams.

“That may include a kiosk downstairs because we have space there that used to have a kitchen.”

She said club advocates were delighted to get the go-ahead but there was plenty to do.

“It’s been such a big result to get to this stage but, in a way, it’s just the beginning.”

“The new club committees really need to create a strong business plan that allows the club to be financially sustainable.

“We’re extremely happy but we’re also conscious of the fact there’s still a huge road to travel, to get to the point where we can be comfortable the club won’t ever go broke again.

“We’ve got two new committees that are full of professional, experienced businesspeople and community workers and I think we’ve got a really good chance of making it a success this time.”

She said every volunteer was crucial for patrols.

“That’s one less person we have to pay, and that money goes back into the club’s budget to spend on critical lifesaving equipment.”

Ms McCready said Noosa Council would initially assist with funding lifeguards on Sundays and provide funds for some basic maintenance works on the building.

“And we would still like to work with the Noosa Surf Club in a buddy club relationship,” she said.