Ashley: when we see negatives, we have to remember there are amazing humans among us 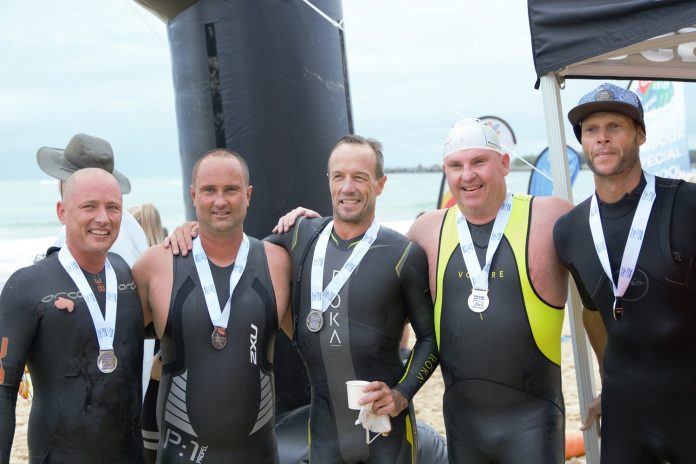 On a daily basis, I think most of us see the very good and the very ordinary in human behaviour.

Just the other day, I was walking my boy George. I was at the poo bag dispenser. Well, actually about the fourth one on my walk that was empty after I had used my last one.

I was a little nervous my boy wasn’t quite finished.

Anyway, a lady going the other way offered to give me hers as she was nearly home.

I walked about another kilometre and there sitting in the middle of the beautiful park in front of the multimillion-dollar unit development was a double bed that some idiot had dumped beside the rubbish bins.

I bet that wasn’t in the brochure when they sold the units.

Within 10 minutes I saw the good and the bad of human nature.

I mention this because last weekend I saw some amazing humans at the 20th Island Charity Swim, raising money for Nambour, Currimundi and Palmview special schools.

After a couple of years of COVID, it was nearly brought to its knees but long-time supporter and marathon swimmer Brendan Neil and Channel Seven’s Rob Brough resurrected it with a heart-wrenching movie about why these kids need to have the same opportunities as the rest of us.

It was heart-warming to see the interest this year and I think it will now be with us forever thanks to those boys, plus all involved.

The highlight for me was my new hero, the ‘Wingless Warrior’ Kerry-Lee Gockel, who swam the whole way with flippers on, which sounds okay until you take into consideration she was born with no arms.

Some great humans were involved.

Apart from a guy who came down to the finish line and asked to talk to the person in charge as he wanted to complain about the noise the coffee cart was making as it was annoying him in his unit.

Wow, he had to weave his way through students from the three schools who were greeting finishers to deliver that piece of drama in his life.

Now, maybe he had a circumstance like someone was unwell in his unit.

If so, I apologise. If not, it was only a whinge.

I might get the double bed from Wurtulla dropped off in front of his joint and then he will have something to whine about.