Sekisui’s Plan B revealed as resort remains in legal limbo

Sekisui’s Plan B revealed as resort remains in legal limbo 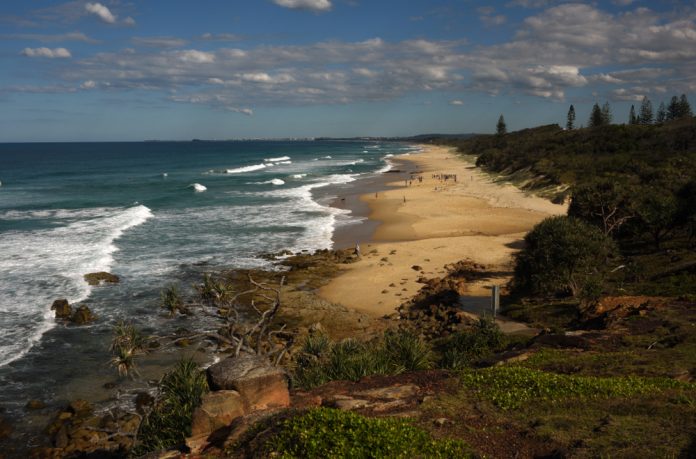 Sekisui may resurrect a 15-year-old project to develop 329 dwellings at Yaroomba Beach if it’s forced to scrap its controversial plan for a five-star resort.

With the $900 million Westin resort and village project currently in limbo before the court, Sekisui House has revealed another option for the prime site.

The company may revert to an approved application from 2007 to build an exclusive gated housing estate by the beach.

Sunshine Coast Council has confirmed Sekisui’s land is located within part of the existing 2007 Coolum Hyatt Resort Master Plan “that remains in effect”.

That approval allows for a maximum of 329 dwellings, including units, duplexes and detached houses, with building heights ranging from two to four storeys, the council confirmed.

It also allows a mix of resort, residential and commercial/retail uses up to 500sqm, plus vegetation clearing, excavation of a lake and fill.

With the median property price in the area now at $1.3 million, the alternate housing development for the Yaroomba beachside could be worth at least half a billion dollars.

The possible move comes after the Coolum-Yaroomba community won a years-long legal battle in February which sent council’s 2018 resort approval back to the Planning and Environment Court for a review.

Members of Development Watch attended the Supreme Court on Tuesday where a court order was handed down for Sunshine Coast Council and Sekisui House to pay two-thirds of the community group’s costs.

The court also ordered the matter be remitted back to the Planning and Environment Court so the errors in law could be dealt with.

If the review goes against Sunshine Coast Council and Sekisui it would mean the end of the road for the current resort application.

In a statement Development Watch said it hoped the Planning and Environment Court would “get it right this time so that the matter can be put to rest and no further appeals will be necessary”.

Sekisui’s project director Evan Aldridge said the company still had the option to develop the site according to the 2007 plan, which already had approval.

That plan does not have a major resort but includes 329 dwellings in the Yaroomba beachside precinct.

By comparison, the current resort venture has 67 houses, 132 serviced apartments and 541 apartments, with the central feature being the contentious 220-room hotel.

Development Watch’s Lyn Saxton said the original 2007 approval was “very generous” as it granted six four-storey buildings in an area that now allowed only two storeys.

Ms Saxton said once the court proceedings were finalised, Sekisui House would be able to proceed with that project “and no-one can object”.

However, if it wanted to change anything, Sekisui would have to take into account the new height limit of two storeys placed on the site in 2014.

“It also needs to take into account the community expectation regarding that height limit of two storeys and many other factors,” she said.

However, Sekisui’s own planning report has painted a less-than-ideal image of the older project that it may end up pursuing.

The Project Urban Planning Report from 2018 states that the 2007 design:

Having no resort would also mean missing out on $228.6 million annually to the local economy, 1,379 resort jobs and 176,700 visitor stay nights per year, the report states.

Sekisui’s planning report says the more favourable features of the contentious 2018 application over the original were:

The resort was to stand between five and seven storeys which was the most disputed aspect of the design as it did not fit with the community’s expectation on height limits.

It stepped down to four-storey apartments around the hotel and transitioned to three-storey dwellings towards David Low Way and Yaroomba Beach and two-storeys to the south.