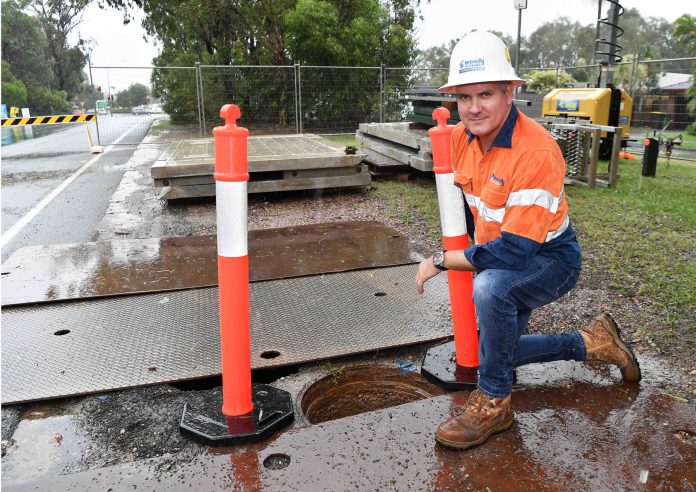 A Sunshine Coast thoroughfare has been closed due to the appearance of a sinkhole that raised concerns of a road collapse and impact on a sewer system that services 800 homes.

A section of Karawatha Drive, Mountain Creek (north-westbound) between Bundilla Boulevard and Prelude Drive will be out of action as urgent repair works are conducted.

Unitywater Executive Manager Customer Delivery, Rhett Duncan, said the sinkhole appeared over the weekend and closing the road allowed emergency works to be done, while keeping crews and the public safe.

“The last thing anyone needs is more time added to their journey when they’re doing the school run or heading to work or the shops,” he said.

“But sinkholes are dangerous and our priority is to fix it as quickly and as safely as possible. The forecast wet weather this week also has the potential to make the sinkhole more dangerous.” 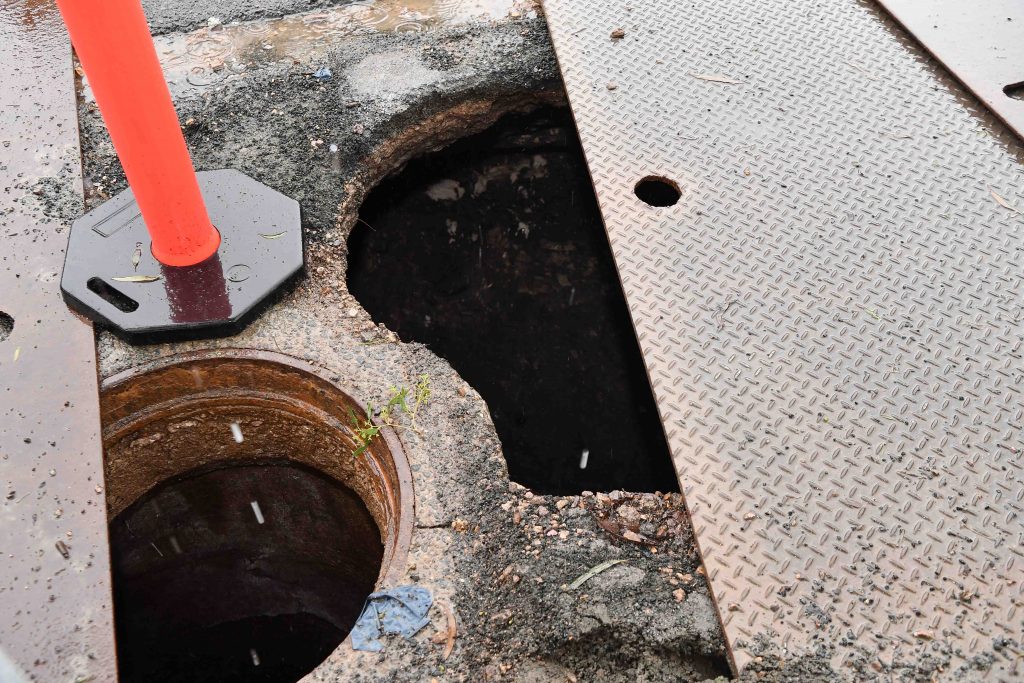 Mr Duncan said an initial assessment suggested a hole in a sewerage manhole (pictured above) allowed water into the system and led to erosion underneath the road, resulting in the sinkhole.

The road will be closed for between one to two weeks and traffic control and diversions are in place.

“We apologise for the inconvenience while we carry out these emergency works,” Mr Duncan said.

Moody Civil and Pipe has been engaged to work on the issue and Chief Operating Officer, John Kenna, told Sunshine Coast News that it was “a very fragile situation”.

Mr Kenna said a section of wall below the manhole, that was part of the sewerage system that supported 800 nearby homes, had collapsed and the road had been impacted.

He said there were concerns more of the road would be compromised, along with the system.

“We needed to mitigate the risks to motorists and ourselves as we work on this, so the road had to be closed,” Mr Kenna said.

“We have to be very careful to avoid disruption to the sewer system and are setting up a bypass pumping system so we can get in there and have a look. It’s a very fragile situation.”

Mr Kenna said they were working alongside Unitywater and in constant contact with council. Police also would be involved in traffic management.

The south-eastbound section of Karawatha Drive will remain open.

Meanwhile, motorists are being urged to take extra care on our roads, and avoid driving if possible, as heavy rain continues this week.

The Bureau is predicting 50-80mm to fall Wednesday, 25-35mm Thursday and 35-70mm on Friday, which could be heavier due to the threat of a thunderstorm.

For the latest warnings and information go to: www.bom.gov.au/qld/