Politicians speak in riddles, but it’s not just them

Politicians speak in riddles, but it’s not just them

Jane Stephens: politicians hash their words and speak in riddles, but it's not just them 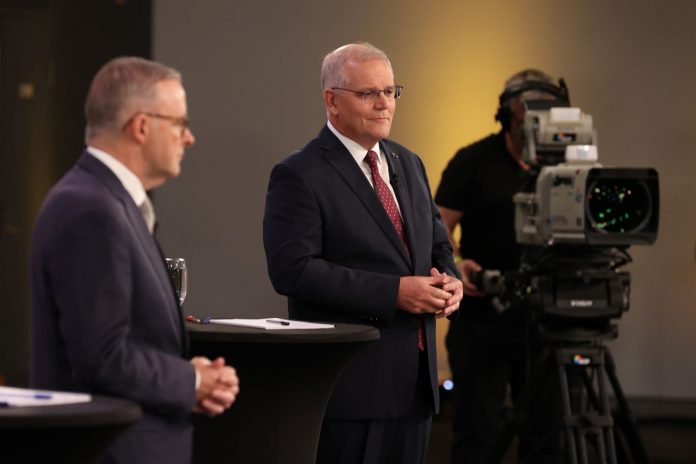 When Prime Minister Scott Morrison called the Federal election for May 21, he said people were tired of politics.

If we were tired at the start, fatigue is surely bone-deep now.

Adding irritation to exhaustion is the propensity of hopefuls to hash their words, speak in riddles or allow verbal diarrhoea to drip freely from their lips.

All politicians walk a fine line between effective messaging and emitting incomprehensible rubbish.

Even the most eloquent and educated of prime ministers in the past have committed crimes against language.

We are used to it.

We had sweary Kevin Rudd’s ‘detailed programmic specificity’ and Julia Gillard’s mispronunciation of hyperbole and misuse of the word misogyny in that now-famous speech.

On the conservative side, we have had Tony Abbott’s describing white settlement in Australia as British ‘foreign investment’ and living in remote areas as a ‘lifestyle choice’ and Morrison accidentally telling last year’s COP26 there was global momentum to tackle ‘China’ instead of ‘climate change’.

Perhaps we judge too quickly, particularly because we all mis-speak and fluff our words sometimes. It is the nature and beauty of English, the occasional outcome of when brain and mouth are out of sync and emotions are high.

Forgiving brain fades and mis-speech doesn’t mean we shouldn’t limit some of the padding around our core messaging.

I reckon the top of the list for straightening out our communications is politicians’ favourite linguistic limbo tool: euphemisms.

This evasiveness is what Monash University linguistics professor Kate Burridge calls deodorant language: “the sort of language that disguises a stinking reality”, or perhaps makes it smell a little better.

Euphemisms are about taboos and while they are interesting and occasionally amusing, there are some that really grind my gears.

At the top of my list is the euphemistic smorgasbord we reach for when someone dies. We say they have passed on or away (my instinct is to ask to where?), they have departed, slipped away, are resting eternally.

They are dead and no amount of verbal linguistics will change that.

Dead is not a swear word. Disappointingly, journalists – who are taught to avoid euphemisms in their training – are also using it liberally in news reports now.

Another euphemism collection that is trending is employed to avoid saying fat: we say well covered, heavyset and corpulent. We reveal they are short for their weight. In Canada, they talk about people being healthy in place of saying they are fat, which can lead to all kinds of confusion.

Baldness is worded away with saying a person is ‘taller than their hair’ or sporting a ‘solar panel for a sex machine’. Short is being ‘vertically challenged’. Stinking is emitting an ‘unpleasant aroma’.

In the noise and chaos of the digital age where messages ping and fire at the speed of bytes, a bit of plain speaking is refreshing.

It helps with the clarity of a person’s message – and is not just for election candidates.