‘Shadow epidemic’: plea for help as children turned away

‘Shadow epidemic’: plea for help as children turned away 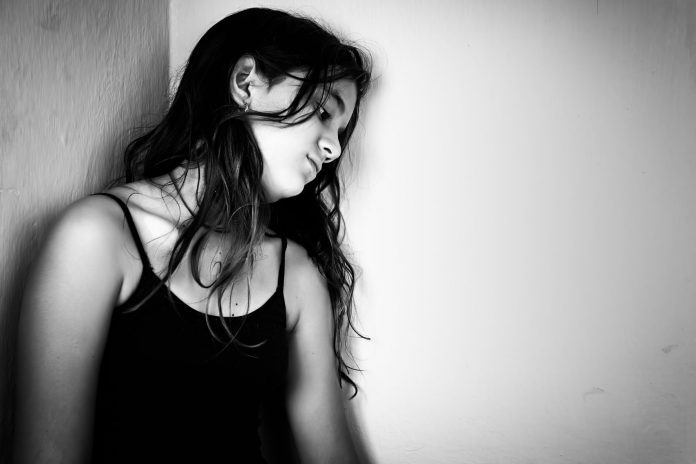 Start planning your summer or autumn escape — Jetstar has launched a sale for flights from the Sunshine Coast starting at just $60. Travellers can More
More

Children considered suicide risks are being denied adequate healthcare due to “a lack of resources” as the Sunshine Coast battles a youth mental health emergency.

Insiders told Sunshine Coast News local youth were at severe risk due to the “shadow epidemic’’.

They said distraught families also were struggling to secure professional support with wait times for private psychology services stretching six months and beyond.

During the 12 months between January 2021 and January 2022, almost 8000 people presented to the Sunshine Coast Hospital and Health Service in relation to mental health concerns.

In addition, 200 young people a month were being referred to the Mental Health Department, according to Wishlist Sunshine Coast Hospital Foundation.

Suicide is the leading cause of death for Australians between the ages of 15 and 44 and  statistics from the Australian Psychological Society (APS) show that one in four young Australians thought about suicide over the past two years.

Experts say COVID-19 restrictions and fears have played a major role in the growing crisis, with a reported increase in self-harm and suicidal behaviour cases presenting to emergency departments across the nation.

A Sunshine Coast woman who works in mental health and child protection told SCN that in many cases patients were assessed and discharged due to a lack of available resources.

The woman works with a 17-year-old who has attempted suicide. The teenager is a victim of family violence and sexual abuse and suffers from severe mental health complications.

“My client was discharged every single time,” the worker said.

“Finally she has been admitted to a long-term mental health program, but it took six attempts.

“This is an indication of the severe mental state a child or teenager needs to be in before the public system has the resources to act.”

Mr Spence-Thomas said the benefits of hospital admission versus external support were weighed against “potential risks”. 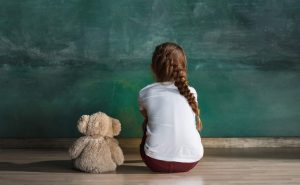 “The assessment looks at many factors including biological, psychological, and social factors,” he said.

“The team may also start a range of treatments and support planning. When considering admission, alternative care options such as enhanced community mental health support, delivered by Queensland Health or non-government organisations, are also considered as a treatment pathway.

“Admission may have a negative impact on a consumer such as anxiety due to separation from family, friends and school.

“Alternatives to admission may deliver the same or better outcomes.”

A mental health worker said that in some cases community-based programs were not the answer.

However, private practices were under pressure to meet the growing demand.

“There are private avenues, but there are associated costs, and substantial waitlists,” the mental health insider told SCN.

She said the pandemic had created a “shadow epidemic”, which impacted the mental wellbeing of children, and increased pressure on allied health services.

One 14-year-old boy she supports had not been able to secure help. His father took his own life during the height of the pandemic.

“The only mental help he has received is from a service run by volunteers,” she said.

“These programs are wonderful, but a mentor program can not give him what he needs.

“He has behaviours of great concern. The police have been phoned, and the ambulance, but still after assessment the only option is mentoring.

“Eighteen months have passed and this boy still cannot access a psychologist.”

A recent survey from the APS shows that one in three psychologists have closed their books to new patients. Three in four have a waiting list, and clients are waiting between three to six months for an appointment.

Prior to the pandemic, only one in 100 psychologists were not taking new clients, according to the APS.

And, psychologists are working on average an extra 17 hours unpaid a week in a bid to keep up with demand.

“Our clinic has a waitlist, as do many clinics here on the Sunshine Coast and we are often seeking clinics to refer clients onto, however all of our colleagues also seem to be in the same boat, including other areas of Queensland,” she said.

“People are much more aware of mental health and seeking support for this in a way that is no different to physical health and I commend parents and carers for doing this.

“But it has become particularly worse with the COVID pandemic. Essentially this pandemic with isolation, lockdowns, and social disconnection, has created an environment that we aren’t designed to be in as social creatures; we need a community in order to thrive.

“It has also encouraged a way of life that is the opposite to what we promote as psychologists.

“We want people to live meaningful lives, be engaged with the world and the people around them, to be socially connected, and engaging in activities that bring pleasure and achievement.

“COVID hindered this for all of us in some way. That in addition to the collective trauma it created, and what I mean by that is the hypervigilance to risk or threat, worrying that something bad was going to happen and that our lives were at risk.

“It left many people feeling uncertain, afraid and at times very alone.

“Lastly, there was the burnout and the extra layer of complexity that COVID created in every aspect of our lives from grocery shopping to weddings and funerals.

“It has been a lot to cope with as adults, let alone as a child who often doesn’t have the developmental capacity to understand these changes.

IF YOU NEED HELP

In April, the Sunshine Coast’s youth services received a much-needed boost with health foundation Wishlist announcing an injection of $436,000 towards a Parental Resilience Group and Youth Advisory Group.

The service will be rolled out over the next two years.

Parental Resilience groups will be available to parents who want to be supported with their own recovery journey while their child is recovering.

“Local neighbourhood centres also often have youth services, some of the local churches also offer youth support services and if your child meets criteria they can apply for the national disability insurance scheme (NDIS),” she said.

“Most of these will unfortunately have waitlists.”

Ms Jivan said for parents who had concerns about their child, a good place to start was their local GP.

“If you aren’t happy with the first response, get a second opinion. Child and Youth Mental Health Services is also able to assist families.

“They will often complete a phone intake and if a child or family do not meet their access criteria which is severe and complex, then they will provide some alternative referral options.

“If your child is at imminent risk and you are concerned for their safety and you do not feel you can wait or keep them safe at home present to your local emergency department for a mental health assessment.”