'Best of the best': why this riverfront apartment in Mooloolaba set a new property record 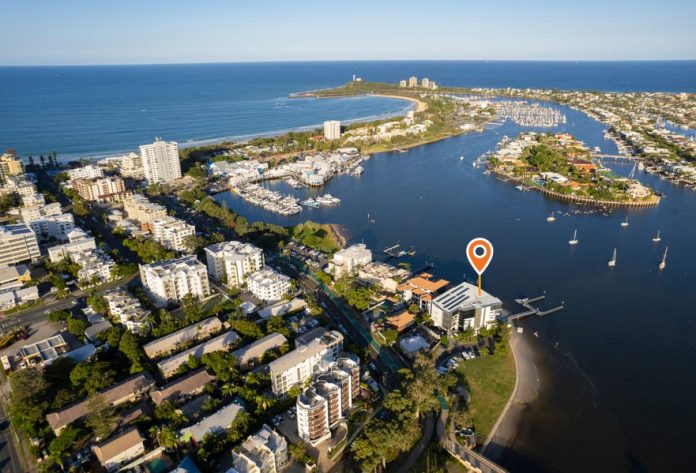 A massive Mooloolaba apartment that’s one of only four in a building that could have accommodated 18 has set a record price for riverfront properties on the Coast.

The Tangalooma Residence on River Esplanade achieved nearly $2 million more than when it was sold off the plan only four years ago.

The luxury abode was snapped up for $7.5 million within a week of hitting the market to an older couple from country NSW who wanted to upgrade their holiday home.

Agent Loren Wimhurst, from Next Property Group, said the four-bedroom apartment with a four-car garage was the “best of the best” and exceptionally rare.

The original builder could have constructed between 12 and 18 units on the site a stone’s throw from Sea Life Sunshine Coast Aquarium, but opted to create just four expansive units. 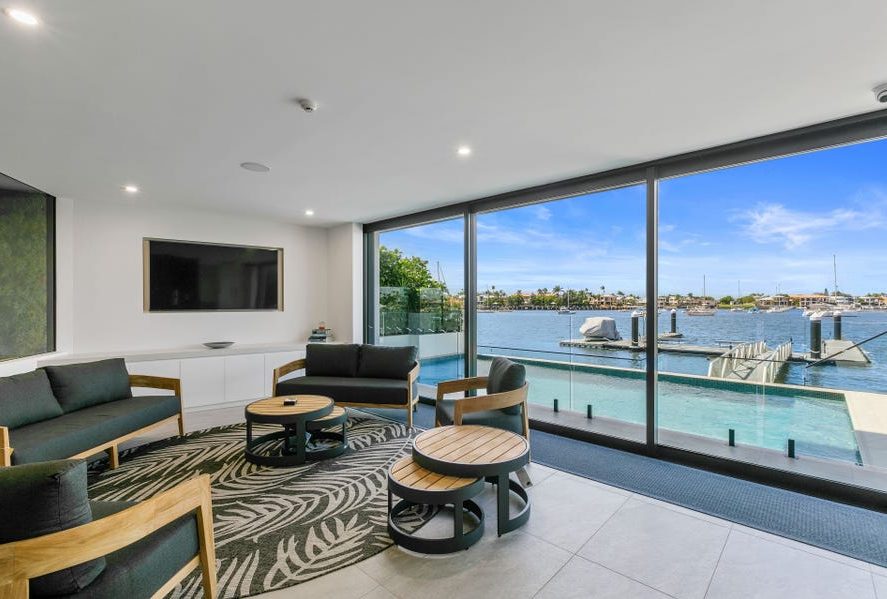 This showpiece, at 3/63 River Esplanade, takes up the entire third floor, has four rooms each with their own ensuite and open-plan living and dining areas that flow onto a sweeping balcony.

Access is via an exclusive lift and other fun features are a media room, games room and outdoor spa.

To make the most of the river frontage, the property has its own 14m private berth on the Mooloolah River.

“You won’t get one in there anymore, that’s it now,” said Ms Wimhurst about the coveted apartments on the water.

“The original owners bought off-the-plan and nothing else will come up now because it’s so tightly held.”

When the tower came to market about four years ago, each apartment sold for between $5.1 million and $5.85 million. 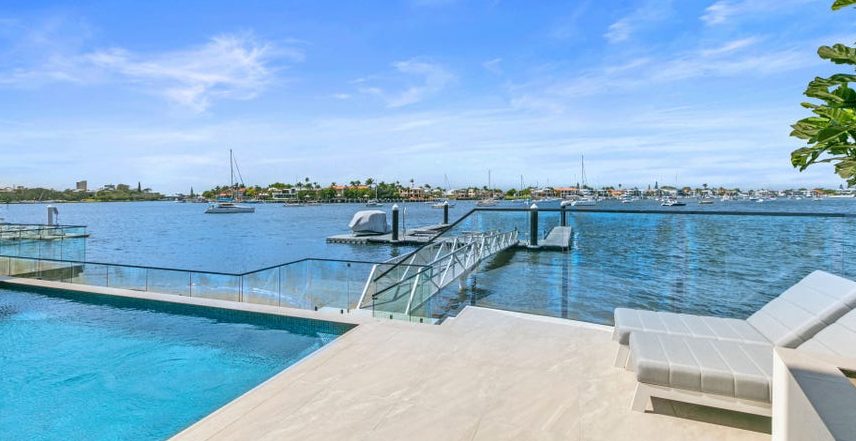 Apartment living on the beachfront also continues to smash records with one notable sale being the Sea Pearl Penthouse on Mooloolaba Esplanade that sold for $11 million in January last year.

Ms Wimhurst said she was not noticing any slowdown in the property market, especially at the higher end where prices were rising by the millions.

“Blue-chip properties continue to surge because of the position. They’re in demand. There’s no doubts or jitters.”

She said even the smaller apartments were still sought-after.

Ms Wimhurst said there was growing appeal for apartments and duplexes because they offered easy living within desirable locations such as Mooloolaba and Buddina.